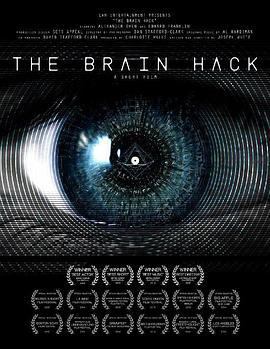 You should know that cell phones can be jailbroken

Computers can be jailbroken

But did you know that the brain can be jailbroken?

Jailbreak means to do it by brushing the computer

What does a jailbreak of the brain look like?

It's probably based on a hypothetical theory that

Our brains have been carefully designed

So-called "God", Nuwa or some other creator

In fact, it's another higher dimensional form of life.

Maybe it's a gene, maybe it's civilization itself.

It could be some other alien or something.

In short, a particular form of life.

It's just the hardware or the vehicle of "it"

The world we live in is like an online game

The laws of this world

The laws of this world are predetermined

It only applies to this dimension

But the brain is pre-installed with a system of awareness

It is a closed loop, not an open one

Like a system, only software approved by the system can be installed

That's why religion is created, and religion allows the brain to justify itself

However, as the game goes on

More and more hypotheses about "it" as a high-latitude being

Only mankind has not yet found a way to approach "it"

Then some students will definitely say

Some students will say that this is all a conspiracy theory, there is no solid evidence

Don't be so useless all the time

Yes, it is true that at present there is no proof

But this does not prevent us from imagining na

And they want us to see "God" too.

The main character, Hart, is a film student.

One day he was in self-study class

A strange yellow-haired student suddenly appeared next to him

After the class also took the initiative to talk to him

Hart asked him what he was doing in a film class with a computer science degree.

And asked him to look at the patterns on them

and said that these patterns were not just a random idea

In the 15th century, there was a leather merchant named Krim Nisba.

He survived 12 days in the desert.

His camel died of thirst and his face was sunburned

"I have seen" God

In 1937, a German oceanographer saw a large number of luminous organisms at the bottom of Lake Karahöy.

after seeing a large number of luminous organisms.

When he came out of the water, the first thing he said was also I saw "God."

Hart heard not quite understand what the connection between the two stories?

That is, certain images can lead people to see "God"

Or see the world in a higher dimension

And those fancy patterns in the church

That's what they do.

Yellow hair is doing an experiment.

He's trying to find the most stimulating patterns for the brain.

To prove that "God" can be seen through scientific means.

And the reason he went to a non-film class

He was looking for a professional helper to record the experiment.

At first, Hart was skeptical.

After coming to his lab with Hairy Wong

One is a brain scanner, and the other is a special software

Let the experimenter wear the brain scanner after

Keep staring at these pictures

The program will automatically determine whether the brain is stimulated

If not, it will try the next combination

If so, a mirror image of the pattern is generated

The ultimate goal is to escape the brain from prison

Nor is it a giant with four arms

Instead, it was a program bug, a bug

After a period of time, there was some progress in the experiment

But because Huang Mao was sleepless during this period

He was doing experiments all the time, which made him a little bit crazy.

This day, he suddenly told Hart

He was followed by a mysterious person last night

He suspected that it was someone from the Church

So after that Hart will be the experimenter

After the experiments that Yellow Hair had done before

But every time Hart's brain stimulation to a certain level after

Will automatically produce some kind of defense mechanism

When the brain is about to break out of prison.

It will be quickly suppressed again

Yellow hair tried many times can not break through this barrier

He was so anxious that he wanted to cut off Hart's prefrontal lobe to try.

Hart thought he was joking.

Only later did he realize he was serious

Hart was shocked by his crazy idea

However, the yellow hair did not immediately force to cut off Hart's prefrontal lobe

But, after that, Yellow Hair disappeared

At the same time, during the time of his disappearance

Hart also found his own downstairs always some mysterious people out

Someone was really watching their every move

As soon as he saw Hart, he said he had found a way to break through the barrier

But after Hart entered the room

See here you must also think

He wanted to forcibly cut off Hart's frontal lobe

But he did not, after all, we are still a science fiction film

In fact, the yellow hair is discovered that people in fear of the secretion of

Adrenaline can break through the defense mechanism

After reading, Hart's mind was blank

He sat there motionless.

Yellow hair thought he had succeeded

But Hart was just angry with Yellow Hair's crazy behavior

He greeted Huang Mao and his family affectionately

Then he slammed the door and left in a huff

However, without taking two steps, Hart felt the energy come back.

The scene before him reminded him of what the poet Valéry once said.

The universe is pre-designed. Its profound symmetry

is somehow embodied in our minds.

It seems that Yellow Hair was right.

But Hart probably wasn't quite ready to pass out straight away

When he woke up again he was in the hospital

The man in black had reappeared.

He hurriedly escaped from the hospital to find Huang Mao

He wanted to tell him what he had seen

However, when he arrived at Huang Mao's house, he found that

The place had been destroyed in a mess

And Huang Mao was also killed

The back was also painted with a bizarre pattern

It seems that they really touched some people's interests

So Hart rushed all the way to parkour

After losing the man in black, he returned home

At that time he found a letter at the door

The sender was Huang Mao

After opening it, he found a video of Huang Mao being hunted

He recorded all his encounters with the men in black

At the end, he told Hart to complete their mission

Talked to him about their mission

At that time, the yellow hair compared the human brain to a computer

It is inherently capable of cognition in higher dimensions

Only in the software it does not have access

When everyone can see God".

Human development may be able to progress rapidly as a result

And how do they do that?

They do it by creating a half-true, half-fake picture.

Adding a lot of suspense and horror elements

Finally, they release those tested

that can decipher the brain patterns

I didn't realize until I saw it here

This is what I used for the experiment. Brushed me through the machine again

Are all tricks they played out

Deliberately put it to us to scare us

The purpose was to raise our adrenaline

At the end, the clip really showed a strange pattern

If you're ready, the adrenaline is in place

Or watch my past videos

One more important reminder before we begin

If you have a history of epilepsy, please turn off this video immediately

If you don't, you're ready for the adrenaline

Then please put on your headphones and hide under the covers

Let's read these patterns that are said to crack the brain

This article was published by the #author at #Time on the #website name, if in doubt, please contact us.
本文链接：https://www.toomic.com/movie/128.html