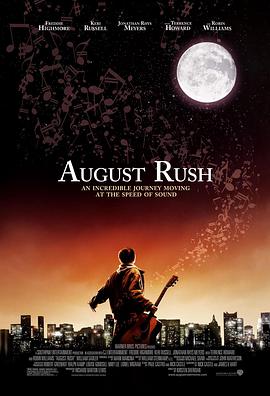 Listen do you hear it?

I think there is music everywhere

You just have to open your heart

You just have to listen with your heart

In a green field of wheat

The voice is soft and firm

He is absorbed in listening to all the sounds of heaven and earth.

All the sounds are the most beautiful melodies in his ears.

This little boy's name is Evan

He grew up in an orphanage home for boys in Eldon, New York.

All the children living here are orphans

Evan likes to be alone

Feeling the sounds of everything in the world

He wanted to learn how to play these sounds.

So that his parents might hear his call and find him.

Evan was called a freak by everyone.

He was often bullied by other kids.

But he kept insisting that his parents could find him through music.

The world can be a frustrating place.

But I believe in music.

It was Evan's strongest belief.

He believed that music would bring him back to his family.

And in his ability to hear those beautiful notes.

It came from his parents.

Evan's mother, Lila, was born into a wealthy family.

Under the strict control of her father

She became an accomplished cello player.

And Evan's father, Louis, was a wandering Irish guitarist.

One night 11 years ago

Laila and Louis attended the same party after their respective concerts

They attended the same party after their respective concerts

The two, who didn't like to be around, met on the rooftop

Under the bright moonlight

Amidst the beautiful music of the street performers

And together they spent a night of ecstasy

I can't forget the first time I saw you

A pair of charming eyes

I can't get your image out of my mind

They were supposed to meet the next day at the archway of the Place de la Vacheron Constantin.

But Louis waited for a long time at the appointed place but did not see Laila.

He ran to Laila's hotel with great anticipation

Only to see Laila, urged by her father

reluctantly got into the car and left

After moving from city to city

He found that he had lost his inspiration for music

So he left the band

And Laila got pregnant after that night

She searched for Luis.

But fate kept the two of them apart again

Then Laila was involved in a car accident

She woke up and found out she had lost her baby

After that she never performed on stage again

Instead, she went to work as a home music teacher

As if she could see her own children in them

To talk to the children.

Hoping to help them find a new family.

How long have you been here?

When faced with Evan's answer

This 11 year old boy in front of him

He had a calmness and composure that children his age did not have.

Evan told Geoff that he didn't want to go to a new family.

He was afraid that his parents would never find him if he left.

Jeff left his contact information for this special boy.

He hoped he could help the boy if he needed it.

On a cold night

Evan made up his mind to leave the orphanage to find his parents.

He met a kind-hearted truck driver on the highway

who took him to New York City.

and helped him contact Geoff to come and pick him up.

into a beautiful piece of music.

He followed the various sounds

He left the place where he had agreed with Geoff.

While he was absorbed in these beautiful melodies

He accidentally dropped Geoff's business card into the sewer.

He couldn't remember where he got off the bus

And he couldn't reach Geoff.

On the street, Evan meets Arthur, a young man who sells on the street

and follows him to an abandoned theater

A group of homeless kids like him live here.

A man known as the Wizard runs the place.

He teaches the children music

But the children had to give him half of the money they made.

Evan was very curious about the various instruments they used

He played while everyone was asleep

He couldn't help but play the guitar

Although he had never touched any instrument before

Because Evan's talent could help him make a fortune.

Otherwise, he would be sent back to the orphanage.

He would never see his parents again.

He meets Arthur to find out where the boy is.

But the wizards stop him.

Wisely, Geoff had the police follow Arthur to the place where they were staying.

He lured the police away.

Just when he has nowhere to go

The sound of singing in the church attracts him

He sneaks around the corner and watches a group of people singing a happy song.

A little girl found him.

Evan also hid under the girl's bed for the night.

Evan, who saw the music for the first time

He was able to compose a great piece of music in just one day.

Evan's musical talent caught the attention of the priest.

The priest sent Evan to study at the most prestigious music academy.

In his last moments of life, he told Laila the truth

When her baby was born

He sent him to an orphanage.

hoping to find her baby.

She was told it would take six months.

She couldn't bear to wait that long.

She arrived early the next day hoping that things would turn around.

And then she met Geoff.

After learning about Laila's situation

decided to help her find her baby.

What she didn't expect was that her baby was Evan.

Lila rented a house in New York to facilitate her search for Evan.

In the meantime, she was ready to start playing the piano again.

She felt that her child would hear her call.

In San Francisco, Louis met a friend from the band.

It reminded him a lot of his past.

His music and Lila.

He still couldn't get over the girl who had made his heart sing.

At the same time, he restarted his music career

became the link between the three of them

It's what brings them together.

Evan was so happy to be in music school.

He was finally able to play the notes he heard

Even Evan composed a rhapsody

His piece was appreciated by the principal and teachers

And decided to play his piece at a concert of the New York Philharmonic Orchestra.

And her mother, Lila, a former pride of the Academy

will also perform in the concert

Evan began to rehearse hard to prepare for the performance

But before the show.

and threatened him with leaving the Academy.

Evan didn't want to go back to the orphanage.

The beauty of life is that

We often do not know what will happen next

When Evan was singing on the street

He met his father, Louis

The two of them had a pleasant musical exchange

Evan made up his mind to attend the concert

On the day of the concert

Evan, with the help of Arthur

successfully escaped the chase of the wizards

He was able to perform on stage.

Evan played the music of his heart on the stage

And Louis, who came after Laila and Evan

The film does not live up to expectations.

The film does not live up to expectations. It is a vulgar picture of family recognition and happiness.

Only a few brief glances and smiles complete the film.

Sometimes fate has to be lamented.

It has a mysterious power.

Let the people who should meet meet.

Let the people you meet be frustrated.

Waiting in death or rebirth.

Until they break through the wall of destiny.

See you in the next issue!

This article was published by the #author at #Time on the #website name, if in doubt, please contact us.
本文链接：https://www.toomic.com/movie/134.html