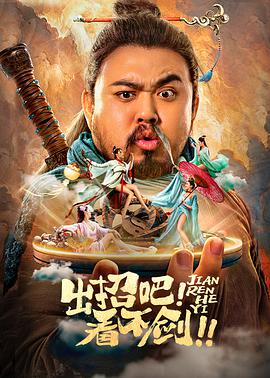 A fierce shadowless sword of God

Cut off all demons and create everything with one sword.

Just want to have this sword and rule the whole world.

Little goblin take a shot from me

Little brother, can you use such a short gun?

Auntie, I've been using this gun for over twenty years.

It can be long, short or small.

Look at his own retractable function.

People Pansi Daisy After all, they have existed in the demon world for thousands of years.

After hundreds of rounds of war.

Little Humpty Dumpty is sweating profusely and is not useful.

Yo, fatty are you okay?

Ridiculed by the goblins

Shadowless divine sword, all swords return to the clan

unexpectedly surprised or not

On the busy street.

A windy and adjustable promising young man is peddling swords

This person is none other than Ma Xiaoyuan, the heir of the Shadowless Gate

I am holding this real bitch

And these swords behind me

Are one to one mana replica

Do not draw cards not atmosphere gold absolutely full level

Mountain outside the building, the shadowless sword is cattle

Eight or ten years with not bad, but also can be passed on to the next generation

After Ma Xiaoyuan foaming at the mouth like eating and drinking

Plus find someone to play a good show with

Hey the real bitch was robbed by the crowd

But the boy still has a dream drop

When there is nothing to do, hold a

No words of martial arts secrets to study

He hopes to practice the shadowless sword skill

To be as powerful as the ancestor

Technology to start a family

What comes to mind

The reason is the suppression of the Pansi Daisy Pansi Town

Recently there is always a demon infestation

They hope that warrior Ma can help to subdue the demons

After the success not only gold tens of thousands of taels

And Nell will also give her body in return

Such a beautiful thing, that Ma Xiaoyuan certainly willing to ah

What is it? Go down to the mountain and become a demon

Don't be a fool, hold on

He does not smell good if you are cheap

Ask what is love in this world, the disciple has a home

To support the apprentice's second half of life

Oh no the second half of life

The master passed on his tricks to his pupil

You can run away from the villagers on the line

Ma Xiaoyuan is also mastered the essence of escape

So it went down to the mountain to become a demon

After seven days and forty-nine days

I will be the return of my spirit

It's obvious that he wants to steal the tower

Just as we were talking, there was no signal

The four little demons are all in disgust

In the end, who is said to be sent to steal the sword it

elected the W spiders as the representative

I wish you success!

He arrived at Pansi Town with a dusty road

The villagers were very enthusiastic

They welcomed Ma Xiaoyuan with gongs and drums and firecrackers

As the mayor of a town

The Mayor of the town was very hospitable

And also for the warrior prepared a room of gold bars

This is all prepared for the warrior

If they saw this scene

Would be devastated and scream

But he is crouching here

So Ma Xiaoyuan found a runner

Ready to pretend in front of the crowd than

As a result, the mantis spirit came and the actor was scared to death

Ma Xiaoyuan thought this guy was an extra

Muttering in his heart, why does not this play according to the script

This play is too much

What are you going to do

Until the mantis spirit showed his true form

Ma Xiaoyuan realized that this nerve is the real demon ah

Hey do not know how to drop ah

After this battle Ma Xiaoyuan a hit

Even Biyun said she wanted to marry him

To give him a bunch of little monkeys

People's luck is too good, it is easy to be careless

Now Ma Xiaoyuan was having a good time

The centipede spirit came to the door

If Biyun had not arrived in time with the shadowless sword

This kid would have become the centipede spirit's food

Hey centipede spirit on the broken drop burst and died

The moths and flies here

Even the elegy is also full of personality

The disaster is not alone, double happiness

You died so impulsively

Then the two little demons discussed a plan

Since we can't beat Ma Xiaoyuan in a head-on fight.

Then we will use the beauty scheme to seduce

Flower petals rise up in all directions

The moth's delicate body descended from the sky

With the elegant and vigorous writhing of the moths

Instantly brought the mood of the room to a climax

But Xiao Yuan was not moved by it

Because his heart only loves little Biyun

directly began to pounce on the body

Little brother, you will accept the slave it

In this life-and-death situation small Biyun arrived in time

The next thing is the showdown between the two women

Although the moth is a little demon

Oh, the moth was killed with a single blow.

You're not hurt, are you?

The goblin didn't do anything to you, right?

Hey, the mayor came over.

Surreptitiously blew a puff of smoke

And the little Biyun was dazed.

The great immortal promised him

As long as he can find the shadowless sword

Will give him immortality body

What I never expected was that after all the hard work

Only to get the shadowless sword is a fake sword

The Great Immortal was very angry!

With a wave of her delicate hand

The fake sword was aimed at the mayor's net

This bastard is quite a thief

See things are not right and ran away

Then the big health care and turn a corner

Directly towards Ma Xiaoyuan's heart poked in the past

The action is clean and handsome to catch the big sword

But handsome but two seconds

This old man is also a mallet ah

Not only did not touch the hair of others

Since we can't beat them, let's run

Then pulled the disciple ran away

Turtle a breath of the master told Ma Xiaoyuan

My son, the jungle is dangerous

If it were not for the secret help of my master

You would have become a demon's dung ball

Son, look at what this is

This is the real drop shadowless sword

This nerve with the power of the gods

coupled with the help of the magic weapon

Must be going to the daisy ah

This side of the immortal spirit also returned to the place

This nerve I'm about to live forever

Very charming drop towards the mayor threw a wink

Even if my world is on the verge of collapse

The replacement star crossed the atmosphere and fell

The last thing I want to say to you is

When will you allow me to live forever

This just came out must be a sacrifice ah

As expected, the mayor and the little fly were sucked into dried tofu

Just when he was about to strike at little Biyun

Ma warrior came into the air

He hugged little Biyun in one hand

The swordplay is a perfect match

You say fighting is fighting

Got Biyun for far received a slap of great daisy

To spicy a little bit in

The sword moves with the heart, the bitch is united

The great immortal instantly fell behind

Before the sword is sheathed, kill the demons

Hey Daxian was disliked into a crumb of ash

Finally, it small far and Yun Yun live a happy life of pork and meat

After watching this "move it! Look not sword

I just want to say that the master of the fight, really are killing invisible na

Then the question arises

Which one do you like better, the moths or Pansi Daisy?

If you like it, remember to pay attention to forward

If you have any fun and interesting movies

This article was published by the #author at #Time on the #website name, if in doubt, please contact us.
本文链接：https://www.toomic.com/movie/151.html