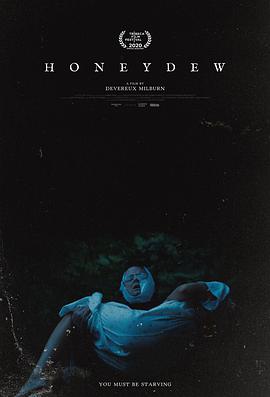 A few people are praying in front of a grave.

A car is parked nearby

Followed by a fat man.

The fat man was hunting in the forest.

He heard a sound nearby

Picked up the oil lamp

Open the box underneath.

Keller to get his PhD in botany.

With her husband Sam, she went to the field to check

Prepare materials for writing a dissertation.

Keller sits in the car

Watching the news about wheat.

The phone said there was a mutant wheat

consumed by animals and people for a long time can cause poisoning and hallucinations.

After the examination was over

But didn't get very far.

The navigation was out of order

A passerby told them there was no hotel nearby

They had to spend the night outside

Said this was his territory and kicked them out.

He also told them to go north and there might be a hotel.

The two men packed up and set off.

But the car broke down and they had to walk.

They found a house.

They knocked on the door to ask for help and wanted to use the phone.

And enthusiastically offered to ask the neighbor to help

And the neighbor said he would be there in 30 minutes

At that moment, the old lady's wife's meal was ready

She invited the two of them to come and eat

They went to the kitchen

They saw a fat man with a bandage

Soon the food was brought to the table

They started to eat at the table.

Why isn't the neighbor coming?

The old lady said he should be on his way

And then she got up and fed the little fat one

She said that this was her son.

The other day, he was hurt by an animal.

The old lady whispered something in Fatty's ear

Then Fatty kept shaking his body

The old lady suddenly startled him

Ask them if they want to eat

The old lady suddenly took a picture of them both

The old lady took them both to the basement

Then she turned on the TV and sat on the bed

Watching the TV fascinated after a while to react

The reaction of the old lady left the basement

After a while Keller felt a little hungry

So she ate a cupcake

After Sam took a shower

Put on his clothes and went to the kitchen

Took the food out of the fridge

Heated it up in the microwave.

But he only ate one bite and passed out

When Sam woke up, he was shocked to see Fatty at the door

Suddenly he slapped the table and said a few words

Then his whole body shivered

He got up and his eyes were bleeding

Sam had a dream

In the dream, he was eating and two people told him

He had two lumps in his stomach

Then he saw his own rotting belly

And then he woke up.

He looked around and came to a storage room.

He was caught by a noise outside.

He ran outside to find Fatty in the car.

Sam asked Fatty to open the door for him.

But Fatty did not answer

He had to go outside in the rain to search for him.

After searching in vain

He planned to call the police for help.

He found a place where he could get a signal

He called for help.

Just as he was about to say the key message, the signal went dead

Then he came to a small cabin.

Seeing a light inside, he ventured inside.

As Sam was bending down to get something.

The old lady attacked him from behind.

And was dragged away in anesthesia.

After a while, Keller woke up.

He found himself and Sam tied to a pole.

With a respirator over their mouths.

And Fatty was sitting at the table.

And then the old man came over.

Then the old lady came too.

Keller asked the old lady what was going on.

So this little fatty

Is the one who started the film

He found a pig in the wooden house Lee

When he ran out, the old lady used anesthetic to knock him out

Then he was controlled by them all the time

Inside was a woman with no limbs

It was their daughter

They cut off the daughter's arms and legs

The old man asked Fatty to operate on Sam

Fatty used to be the farm veterinarian here.

No matter how much Sam pleaded with him, he didn't do anything.

The old man even took out an iron bar

He said he was going to operate on Sam's fractured eye socket.

That's when the police car came and they had to stop.

Keller and the two of them screamed for help.

But the old man threatened to shut up

Seeing the situation was not good.

Sam asked Fatty to save them.

She just carried Keller and left.

The old lady was going to drive after them.

Sam on the side and she fought

But since Sam's medication hadn't worn off.

The old lady caught up with him in time

Keller was thrown down and tried to crawl forward

hoping to escape from the old woman's clutches

But it was all in vain.

It wasn't long before Keller and Sam were the next victims.

The old lady fed them as usual.

Here a skinny man is in front of a pit

He was the man Sam had asked for directions from earlier.

He is the one who led Sam and the two of them to this place.

The film tells us

In an unfamiliar environment

We have to be very vigilant

Danger may appear in front of us at any time

Well, that's it for today's story.

We will not see you next time

This article was published by the #author at #Time on the #website name, if in doubt, please contact us.
本文链接：https://www.toomic.com/movie/176.html