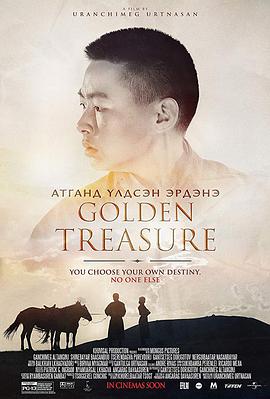 This little girl was trying to hide her gender

Wrapped in a thick white cloth by her mother.

Other girls have beautiful long hair.

She had to shave her head

Leaving a mohican symbolizing a boy

Even with a great aunt.

Afraid of being discovered.

Their child is a daughter.

And the culprit of all this

It was the patriarchal father in front of him.

The father was the local wrestling champion.

But the villagers flattered him superficially.

They laughed at him behind his back.

His wife gave birth to three daughters in a row.

Even his opponents laughed at him.

So what if you win the race?

Although I am an elephant, I have a son.

It's better than a lion without a son.

Now his wife is going to give birth.

He thinks this time no matter what.

It must be a boy.

Even the name has been decided.

But the midwife came out and whispered.

He felt a bolt from the blue

The gods were raining sadness

His wife had given him another daughter

He didn't want to accept the fact

So he decided to hide it from everyone

Raising his daughter as a son

In a flash, his daughter grew up

Her father always kept her with him

She was not allowed to have contact with others

She grew up thinking of herself as a man

She said she wanted to build a career in the future

The father was so happy that he could not stop talking

When the father found out

He beat his wife severely

Since his wife gave birth to Taepyung

Father always beat her for no reason

He complained that she only gave birth to daughters.

For this reason, his wife was beaten into mute

It wasn't her mother's fault.

She asked for the hairpin herself

But the father didn't listen

He pushed his mother directly into the dark cellar.

Taepyung was so scared that she trembled.

He said over and over again that she was a boy.

All three sisters were married

And Taeping grew into a boy.

His hair, his movements, his eyes

He even said boldly at his sister's wedding

Whenever it's quiet at night

Taeping would always sneak into the cave

Putting on a woman's dress and a wig

He dressed up as a girl.

She was already a girl.

This is a fact of nature and can not be changed

But for the sake of her father's honor

She couldn't say what she had to do.

Tai Ping has nothing to do but smoke.

Her friend Aya was hiding in the grass

Because he has no son

Even if he won ten consecutive wrestling titles

There was no one to succeed him.

If you don't want to be defeated, just do it!

was no match for Ah-hang

But she was stubborn

She insisted on going up and gave Hang a punch

Why don't we have a fair horse-taming contest?

Hang was the first to tame it.

He fell off before he could take three steps

But Taeping was so powerful and dominant

Hang was not convinced on the surface

But inside he still

I admire this little man

Father told Tai Ping not to get into trouble

Stay at home and be good

So he changed his clothes

She climbed up to the yurt to watch the night view

She rode her horse freely

Riding a motorcycle wildly on the grassland

He came to the canyon

He saw a woman with short hair bathing by the river

On closer inspection, wasn't that Taeping?

How can she be so beautiful and innocent?

From that night onwards.

There was a huge change.

The two boys were looking for Taepyong to make trouble.

Ahhang stopped them in time

With the intention of protecting each other

Ahhang suddenly appeared and saw all this

The first time I saw him up close

Changing medicine in the cave

Pulling off the white cloth from her body

Finally, he saw her body as a woman

Ah-hang is handsome and rich

They both fell in love with each other

They started to date a lot

Tai Ping found the joy of being a woman

They also rolled in the sand together

They lived a complicated life as brothers

They had a complicated life of being brothers and then lovers.

The two of them got cozy together

Which aroused the suspicion of Hang's old flame

She quietly came to the cave

Seeing the two of them hugging each other

The identity of Taeping's girl was confirmed

She didn't expect her to steal her lover

No matter what, she couldn't bear to feel this anger

She told her sisters the next day

When Taeping showed up, she encouraged everyone

To strip her and see who she was

Thanks to Ah-hang who arrived in time to stop her

He told everyone that Taeping was a boy

We should tell Taeping's father about this.

The father had always raised Taeping as his son

If he found out his daughter's identity was revealed

He would be furious

Can't she be a normal girl for the rest of her life?

Marry and have children?

would not be accepted by the world

Taeping's father came back from the city.

The neighbors were laughing at Taeping for being a man and a woman.

It cut him to the bone.

His wife had been taught a lesson by him

He felt that it was all his wife's fault

His wife had given birth to four daughters

But she couldn't give birth to a son

Such a wife is even worse than a donkey

He can beat or scold her whenever he wants

He will never let anyone know

The true gender of his daughter

Hang is a rich young man in the county

He decided to give up everything

To elope with Taeping

But Taepyong can't let go of her father

The father needs a son

Father would beat her mother

She doesn't want to see her mother suffer because of her

You should be in charge of your life.

There was true love between them

Later, the father found out about his daughter's

The secret in the cave

Since his wife didn't give him a son

The daughter had to suffer for her wife

There was no love before

Taeping chose to resign himself to his fate

But now, for the sake of Ah-hang

She decided to defy her father

She took off her shirt in front of her parents

She was not a son but a daughter.

This is a fact that cannot be changed

Without saying a word, her father

He put Taeping in the cellar.

Then he lied to the public that Taepin had gone to the city.

The cellar was cramped and dark.

The walls were covered with scratches.

My mother loved my father.

She also knew how difficult it was for him

Choosing to compromise again and again

But the daughter knew

The reason why my mother became mute

It was beaten by her father

But she didn't dare to admit it and repeatedly stressed

She had fallen off the horse

That's why she became mute

She had nothing to do with her father

I hope my daughter will not hate her father

She loves her daughter and this family

But she doesn't love herself

Daughters do not want to be like their mothers

To spend her life in pain

She has found her true love

She wants her mother to help her

Let her out of this cellar

She will definitely live a happy life

He was sure that Taeping had not

He was sure that Taeping hadn't gone to the city, as his father had said.

Instead, he was locked up by his father.

To prevent them from seeing each other.

If he didn't let Taepyong go

He will make it public that Taepyong is a woman.

Although Taepyung's father was a wrestling champion

But because he didn't have a son

He was often looked down upon

For the sake of dignity

He had to raise his daughter as a son

In order to get the respect of others

That's why he would never

Marry his daughter to Hang

He threw Hang to the ground with his hands

But what Hang said was true.

In order to satisfy his own wish to have a son.

He deprived Taepyung of the right to be a woman.

Although the father's vanity was satisfied

But Taepyung was always away

suffering in the dank cellar

The father galloped his horse across the grassland

At this moment, the daughter and he spend time together

A heartwarming scene comes to mind

The daughter loves her father very much

The father also loves his daughter very much

As long as her father is happy, she is happy

But did he ever think about whether his daughter was happy or not?

The love for his daughter finally awakened the father

Let go of the prejudice of son preference

All these years because of his persistence

His wife had suffered a lot of grievances

He asked her for forgiveness

He also asked his daughter for forgiveness

The father's third daughter gave birth to a boy

The couple could not hold back their tears

They finally had a boy in their family

At last they would not be looked down upon

Perhaps this is a gift from God

A gift of repentance for the father

They decided to elope together

To live their own happy life

The movie is called "The Golden Treasure

Whether it's a man or a woman

are the golden treasure of God's gift

In the environment of patriarchy

from the control and oppression of patriarchy

How difficult it is

The father in the film

Selfish and vain and hateful

But those who laugh at him for not having a son.

People who satirize those whose daughters are neither male nor female.

What is their heart?

They are even more abominable, even guilty.

They are also among the murderers who made Taepyong suffer.

Taepyung's identity as a woman dressed as a man was revealed.

No one came forward except Ahhang.

To speak up for the tormented Taepyung

Even if they were all women.

They were also watching the joke.

had to lock him up in the cellar.

This article was published by the #author at #Time on the #website name, if in doubt, please contact us.
本文链接：https://www.toomic.com/movie/188.html

下一篇
Movie commentary copy for the drama "Thirty Only