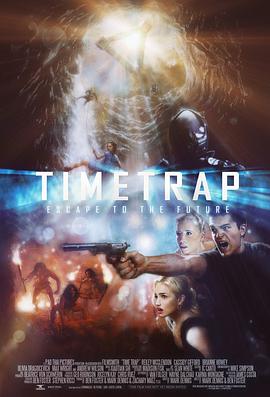 This is a cave that even Qin Shi Huang dreamed of.

Inside is a magical time shortcut cave.

One thousand years is one day in the world.

It is also said to have the secret of the fountain of youth.

Throughout the ages, countless people have wanted to find out.

The hero, Uncle Hu, is a professor of archaeology.

That day he was near a cave.

Found the car left by his parents who disappeared 40 years ago.

Hesitated for a while.

Uncle Hu decided to go into the cave to find out.

Holding a kerosene lamp in his hand stood there motionless.

No matter how Uncle Hu shouted, he did not respond.

Cowboy holding a gun in his hand.

Immediately scared him out of the cave.

Let's go back and replenish the equipment first.

He asked his assistant Xiaojie to prepare some tools for him.

Luggage ready to go into the cave tomorrow.

The truth about false life

The next day he went into the cave again.

Only to find the cowboy man still motionless.

There was a vague obstacle inside the cave.

However, three days and three nights did not return.

This made his assistant, Artest and Jie, very worried.

They took three friends and went to look for Uncle Hu

It turns out that 40 years ago

Surprisingly believe in the family legend

Take the sister to find what the Fountain of Youth

However, they never came back

They found another entrance to the cave

Fatty was afraid of insect bites, so he guarded the cave entrance

After the others entered the cave

Uncle Hu was cautiously walking into the cave

While he was walking through the barrier step by step

The light outside the cave also began to flicker constantly

Suddenly the cowboy's screams came from inside the cave

Uncle Hu was so scared that he rushed to escape

However, he came out of the cave to see

The sky is actually dark

He had only been inside for a few minutes!

And then look at his car has been full of weeds

Also found his assistant's bag in a nearby car

Had to enter the cave again

The two girls suddenly heard a strange and bizarre scream

They were scared and ready to leave

However, when Jie was climbing the rope

They heard on the walkie-talkie

They heard Fatty's cry for help in the cave

Everyone decided to go into the cave again to check

But in another hole with flickering light

Who would do such a thing?

They took off Fatty's camera and checked it

They were surprised to find

Fatty had been waiting for them up there for days

They ran out of food and water but didn't wait

So they had to come down to find them

But the rope suddenly broke while they were climbing

However, at this time

The world outside made them completely dumbfounded

Xiao Mei just climbed out of the cave

but found the whole world was barren

There were bare rocks everywhere

There was no signal around

There was a sandstorm rolling in the distance

Even the air was suffocating him uncomfortably

Turning his eyes to look

There was a giant spaceship floating in the sky

Hurry back to the cave

He went up and came down in less than two seconds

But she had been up there for half an hour

Could it be that the time flow here is different from outside?

They looked at Fatty's video again

They found that Fatty was actually killed

And that's when Jie made a shocking discovery

From the light and shadow of the video

It was the change of each season

They stayed in the cave for several hours

Wouldn't that mean that thousands of years had passed outside?

Before they had time to be surprised by what was happening

A black rod fell down

It instantly turned into a ladder

While both sides were sizing each other up

Suddenly a wild man appeared and attacked the giant

The people took the opportunity to escape from the cave

They found the bodies of Uncle Hu's parents

They were also found by a group of wildlings

The savages immediately attacked them

Tai said in a dignified manner

The girls go first and I'll take the back

He was outnumbered and knocked to the ground

When Xiao Mei came back to find Tai

He had already spaced farts

That's when the giant reappeared

He took a bottle of water from the cave

And then dragged Tai into the spring

Could this be the legendary Fountain of Youth?

They didn't have time to rejoice

But the wild man appeared again

In the confusion, one of the wildlings pulled off the giant's mask.

The giant began to have difficulty breathing.

The wildlings took advantage of the situation and put him down.

The weapon also fell to the ground

tinkling of the bell

Tossed the weapon to the giant

The giant used the weapon

Put all the wildlings to sleep

But the giant was already on the verge of farting

It was like he couldn't breathe the air here.

Before he died, he released a projection

Earth has long been unlivable

Humans had to build a spaceship to Mars

The people could not accept such a fact

And that's when they found out

Uncle Hu's bag Xiao Mei and they wanted to leave

At the same time they found a more bizarre barrier

Inside this barrier were people from different eras

They all fought together

Uncle Hu's sister was also inside

But the time inside seemed to be frozen

They were like statues of people from different generations

Tai tried to go in but was stopped by the professor

A little girl used the Fountainhead to revive the savages

He stayed behind to cover

Jie had already cured his leg with the Fountainhead

They dragged Fatty into the Fountain again

At this time the wild man resurrected and chased after them

Everyone rushed to escape from the original cave entrance

They used the giant's stick to turn it into a ladder

Climbing up the ladder

Suddenly an arm reached out and pulled away Xiao Mei

At that moment, the wild man below touched the switch

Others began to fall

But Xiao Mei was in the water

By a pair of strange hands put on the oxygen mask

Then he was pulled away

A black rope emerged from the pool of water

A person appeared in the pool, but it was Xiao Mei

They were finally saved

At that moment, Fatty woke up from the water

He found that he was already in a huge airship

And inside the ship

There was an alien-like crew

Holding Uncle Hu also got out

Xiao Mei and her crew appeared

They seem to be used to the life on the spaceship

The next to come back to life

and left the blue Earth they once lived on

And that concludes this suspenseful sci-fi film of 2017

The brain is quite big.

Since ancient times, countless people have dreamed of not growing old.

power and position to move obscene

But in the layers of obstacles.

Characters from different dynasties reflect the cruelty of longevity.

That year, their families were also devastated.

The culture and race of the future world had changed.

They were destined to be a lonely group.

The once familiar and beautiful earth

It was no longer fit for human habitation.

To Mars, where the birds don't shit.

It turns out that long life is also unhappy.

Living alone in a world that is completely foreign

So where exactly is the dream world

Where is still reality?

That's it for today's movie

This article was published by the #author at #Time on the #website name, if in doubt, please contact us.
本文链接：https://www.toomic.com/movie/198.html