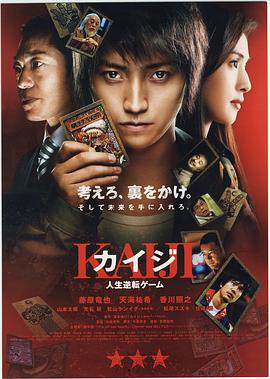 owes a huge sum of £2 million

The woman in black told him

Because the debtor ran away

As a witness he

He said he couldn't even afford to pay the rent

The woman in black smiled lightly

Plus two years of interest

He owed a total of 2.02 million pounds

Muji growled out of fear

Said he would never pay if he didn't have the money

The man in black saw that intimidation was useless

There's a ship going to sea in four hours

Was recruiting people for the race

If you're lucky, you can pay off all your debts in one day

To pay off his debt

Muji came to that ship half-heartedly

The people on the ship were all the same as Muji.

Because they couldn't pay the huge amount of debt

They could only hope to win the game to wipe out their debts.

The host explained the rules of the game on stage

and 12 cards of rock-paper-scissors

They can choose their opponents at will to play

Every time they win a game

King takes one star from the loser

The game lasts for 30 minutes

Finish the cards in hand

And the one who has more than two stars left

is the final winner

All of them are in a mess

They were all looking for someone to play against.

While Muji was looking for his opponent

It turned out that the man had lost all the stars

He would be sent to the dark room of terror

This scene made the rest of the people feel panic

A man with glasses approached Muji.

Both of them play the same cards in 12 games

They can not only play all the cards quickly

They can also keep the three stars and leave here successfully

The two of them kept drawing

Muji was very happy to play his cards

Until the man with glasses threw out a cloth

The glasses man folded his hands

Next game, you play a cloth and I'll play a stone and give you back your star

But the man with the glasses did not keep his promise

The man with glasses then revealed his true face

He finally admitted that it was just a scam

It is used to cheat the white guy who knows nothing

In a fit of rage, Muji knocked him to the ground

And told his cards to the crowd

So the man with glasses suggested reshuffling the cards

After shuffling the cards

Muji said that unless he played three stars at a time

Otherwise, he would not compete with him as a cheater

Because he had tampered with the cards

But what the glasses man didn't expect was

Muji also did something.

He used the cloth he got from the uncle.

He defeated the glasses man's stone

Muji and Uncle played all their cards in a draw

Just as they were cheering for the dawn of victory

Uncle found one more card in his suit

Because of a card

This man went from being a millionaire

He was reduced to an underground worker.

Into a small dark room to accept the horrible punishment

He worked hard every day

But the pay is not much

He could win millions of dollars.

He thought it was the only chance to escape from here

But when he arrived at the game

So the so-called path of the brave

It was just a tool for the rich to have fun

The host told them

Everyone decided to put their lives on the line

A few people were walking on the bridge.

Suddenly there was a thunderclap in the sky

Several people were so scared that they fell off the bridge

And a few people could not bear the psychological pressure

Halfway down the bridge

Uncle thought he could not survive the end

So he handed the check to Kikiji.

He told him to give the money to his daughter when he got out.

Then he jumped off quietly.

Muji cried out from his heart

At the same time, he was determined to go on.

Muji and Xiao Jun reached the end of the line

But when Jun opened the door

But when Jun opened the door, he sent himself to the road of death.

In the end, only Muji passed the road of courage

The moral rich people applauded for him

Just let them keep their word

He cashed the check the uncle gave him

He said the dead man's check was useless.

Muji yelled at them for being inhumane

At that moment, an old man said

It's easy to win money

Just play a game with us

If a game can make your capital ten times.

The host explained the rules of the game

If you win, your capital will be doubled ten times.

Muji was desperate and decided to give it a shot.

But the game was soon over.

He lost all his money

Muji was willing to bet and lose.

But he couldn't understand one thing.

With the advice of the woman in black

So the host could see his hand with his watch

So no matter how careful he was.

he was sure to lose.

Muji borrowed 50 million from the woman in black

He decided to play another game with the host

The host was so confident

He looked at Muji as if he was sure of victory

The watch he used to cheat was broken

The host was sweating profusely.

If he made a mistake, he was afraid he'd lose everything.

Finally, he analyzed the situation for a long time.

He dropped his only trump card

Just when he thought he'd won.

Open your own slave card

With 500 million in cash

Send him to the ground to do hard work

Go back to the company to fulfill his promise

Distribute 300 million to the girl in black

Two people are enjoying a better life in the future

Muji suddenly collapses in the restaurant

When he wakes up again

His 200 million yuan is long gone

The girl in black is not a good person either

She took the money from Muji

She only gave him a few hundred thousand dollars.

Once again, he became a penniless clerk

He will never board that ship again.

InuYasha's Silence" is based on the Japanese manga of the same name.

I wonder if viewers have noticed

Is also based on this manga

Gambling unspoken record with three games throughout the film

This movie still qualifies as a commercial movie

But compared to the original manga

There is still a distance

You can see "Animal World" directed by Han Yan

Compared to this film, Animal World

Tie before and after only used a game

This article was published by the #author at #Time on the #website name, if in doubt, please contact us.
本文链接：https://www.toomic.com/movie/200.html