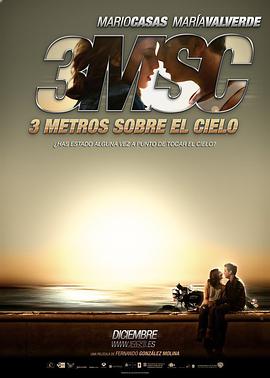 Ah Ho is a small-time gangster.

Now he has a crush on a girl.

The girl doesn't pay him any attention.

He went up to her and touched her hand directly.

It was very slippery

The girl looks at Ah Hao

Who is this guy

So hurry up and urge

The driver to leave

The girl thought it was too hard.

But the nightmare began.

Ahao had no other skills

But had many friends

They soon found out the news.

The girl will attend a party tonight.

But what if there is no invitation to the party

The punks fished their way in

instantly turning the party of the upper class

turned into a killer brawl scene

She was pouring drinks at the moment

Ah Hao went to talk to her

The girl did not recognize Ah Hao for a while

Without thinking, she said

and I match so well

Saying that he could not help but touch the girl's chin

Ah Hao took off his jacket

And then picked up a small flower

You do not know what is a rascal, right?

At this moment Xiaohua instantly panic

I apologize for spilling milk on you, let me down

What's the point of apologizing?

While Ah Hao was leading Hana to play in the water

The thugs also turned up at the party

At the same time, some guests also called the police

As soon as they heard that someone called the police

Ah Hao retreated in a hurry

That's how the party ended

Xiaohua was on her way home

complained to the big guy who was with her

Asking him why he didn't save himself just now

Ah Hao was already chasing after him with his men

The big guy was soon forced to stop by Ah Hao

Then he was pushed to the ground and rubbed like crazy

While Ah Hao was fighting happily

The big guy did break free

But he did not help Xiaohua

Instead, he drove away alone.

Xiaohua was so shocked that she froze on the spot

Seeing this scene Ahao was happy

Xiaohua wanted to stop a hitchhiker to go home

So there is no car willing to take Xiaohua

Xiaohua had no choice

They had to get on Ah Hao's motorcycle

Have you ever seen such a motorcycle race?

Each motorcycle rider will bring a beautiful girl

First they ride to the starting line

Then the girl gets off

With a belt to tie herself back to the rider's waist

Then they hear the motorcycle roar

Hana came to look for his girlfriend

But unfortunately he ran into Ah Hao again

And also by Ah Hao snatched a scarf

Xiaohua was bullied every time she saw Ah Hao

So she was very angry

So when she was encouraged by people around her

She participated in the competition in a confused manner

The competition was exciting

What's even more exciting is that

No sooner had their race ended

The police came to arrest people

There was instant panic

Xiaohua was also targeted by the police

A heel run and fell to the ground

Just when Hana thought she was finished

He kicked away the police

Then he took Hana and ran away

He had to let Xiaohua hide first

He went to lure the police away

When Ah Hao came back again

Because she fell into the pit of shit

Ah Hao took off his jacket

Let Hana change into it

While Xiaohua was changing her clothes

What caught his eye was a mosaic

This night on the way back

The November evening breeze was blowing

It made her hair fly

Although the coolness kept coming from all directions

But as she held Ah Hao

But she felt a warmth she had never felt before

This night was an exciting night

It was a night she would never forget

Even after she returned home

She couldn't help but

Hao is tall and handsome

Maybe taking him as a boyfriend

is also a good choice

So Xiaohua decided that night

To go on a date with Hao

The next day, Hao waited for her early at the school

Ah Hao took her to the beach

The two of them flew kites together

Lying together on the grass and embracing each other

Hana got tired of walking

Ah Hao carried Xiaohua on his back

She always loved that villa

She wanted to buy the villa together with Ah Hao

To use it as their love house

He couldn't stop the smile from appearing on his face

This is love, right?

Xiaohua's mother was very angry about it

She forced Xiaohua to break off her relationship with Ah Hao

Ah Hao was also very angry after learning the news

So he found the class teacher

And stole the class teacher's dog to threaten her

She told her to leave Xiaohua alone

After Xiaohua was restricted from traveling

She had to go to school and home every day

She found a love letter written by Ah Hao to her

You and I are going to meet

Three thousand feet above the sky

Xiaohua was filled with love again on the spot

She begged her father to let her go out

Dad is an open-minded man

He said that life is to keep trying and experiencing

There is no right or wrong

So he approved of Hana's relationship with Ah Ho

At the time of departure

Then he took Hana to the beach house she dreamed of

Hana was touched when she took off the blindfold

This is the scene of her dreams

So she gave herself to Ah Hao that night

Do you think you need a good match to fall in love?

I don't think so

I think in front of love

But do you think marriage needs to be a good match?

I think this is definitely something to consider

If two people grow up with too much disparity

There are bound to be various hidden problems

But their conflicts are starting to grow

Xiaohua's parents were not at home

Xiaohua was very angry when she saw it

She shouted and scolded

She kicked everyone out

Even her boyfriend, Hao, was not excluded

Ah Hao blamed himself after he was kicked out

He called Xiaohua to apologize

What he didn't expect was

Her family's ancestral ring had disappeared

As soon as he heard it, Ah Hao knew that his friends had done it

So he went to the meeting place of the gangsters

He fought with the person who stole the ring

He got the ring back

And returned the ring to Xiaohua

Her heart was full of mixed feelings

Yes, she loves Hao no matter what

At the end of the semester

Because Xiaohua got the first place in the exam

So she wanted to give a gift to her class teacher

To thank her for her education

When she entered, she found the dog on the teacher's desk.

She had seen it at Ah Hao's place before

Ah Hao must have stolen the class teacher's dog

That's how she got the first place

Then it dawned on Hana

He never thinks about the consequences of his actions

And he always likes to be violent

Although he was always very nice to her

I also love him very much

But with such a person

Really do not feel safe

Xiaohua thought of this

So she angrily found Ah Hao

Let's separate for a while

He had to change

To mature for Xiaohua

It was Xiaohua's birthday dinner

He would listen to him from now on

He wants to change completely for her

Xiaohua had calmed down during this time

She also decided to give Ah Hao another chance

After all, this boy is the first person she fell in love with

She didn't want to give up easily either

The two of them embraced each other again with great affection

As if they were about to make up

He asked his hairy boy to enter a motorcycle race for him.

But the young man

but died in an accident during this race.

When Hana saw this scene

she couldn't stand it anymore.

She wanted to break up with Ah Hao immediately.

Of course it's your fault.

Ah Ho was determined to change all his bad habits

Got a decent job.

also got a new boyfriend under the arrangement of her parents.

But both of them still think about each other.

Because there is their best love there.

Three meters above the sky

He is no longer the one by her side.

That's it for this video.

This article was published by the #author at #Time on the #website name, if in doubt, please contact us.
本文链接：https://www.toomic.com/movie/211.html