Plot "I want to be good with you" movie commentary copy

Drama "I want to be good with you" movie commentary copy 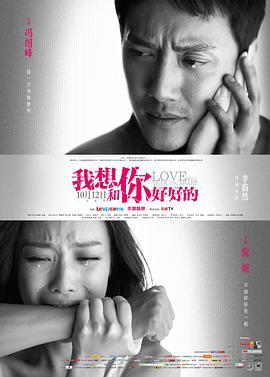 Today, I'd like to tell you about a small Northern drifting employee

From the hands of the rich second generation to steal a beautiful actress.

And he lives together with the dog's blood story of the movie.

I Want to Be Good with You

A beautiful girl comes out of a luxury car.

Open the door down.

Open the car door and take a seat.

The whole process was done in one go.

However, he didn't know the girl.

The boys got out of the limousine

vehemently threatened Ryo to stop him from driving.

but aroused his winning temper.

The motor roared and the car sped past.

The boys and Liangliang, who were in relentless pursuit

Staged a chase through the streets of Beijing.

Liang Liang skillfully gets away from the car.

Even protects the girl when braking suddenly.

After helping the girl to get rid of the luxury car

However, the girl and Liangliang did not keep in touch.

Without getting any benefit Ryo's car was still smashed.

We can smash each other's cars.

I can afford to pay you.

Can you afford to pay me?

could only watch the rich boy leave in style

Back in the rented house

He was accompanied only by the dim light and messy environment

The poor financial situation speaks for itself

But the next day

She was an actress.

Under the seemingly glamorous position

was a demanding job

There was no impatience on the girl's face

Behind her soft appearance was a tough and stubborn heart

On the way back, Ryo sent the girl home

The two of them finally introduced themselves for the first time

The girl's name is Meow Meow

The conversation between them was casual and spontaneous

He would agree to do so

The love in his eyes is so hot

The two of them got together as a matter of course

But the harassment of Liang Liang's ex-girlfriend or

All these make the serious meow jealous

Looking at meow with tears in her eyes

Ryo suggested that they live together.

Maybe this will give her a little security

The two of them are in love.

All the little things in life become sweet

They met for dinner

Although this incident did not bring much quarrel to their relationship

But Meow Meow burned the photo of his ex-girlfriend

Ryo looks at the toilet and ponders

Even in the middle of the night, she asks Ryo to sleep face to face

Her love is getting heavier and heavier

However, Liang Liang is not perfect either

He can never change his habit of looking at pretty girls

He also used to accept the warmth of female colleagues

The lamp on his desk reflected the words "I love you

This lamp is a gift from a female colleague

Meow Meow, who was already insecure

began to look through Liangliang's phone

She also called her female colleague to find something fishy

Perhaps she did not know what she was looking for

But this search gives Meow Meow a sense of security

Never to go away

After learning what Meow Meow was doing

She couldn't stand this kind of supervision that didn't let her breathe.

So he ran away in anger

Believe it or not, I'll be right there in front of you

She stood on the high balcony

She threatened to jump off.

He couldn't even wait for the elevator

On the phone was the submissive man

Promising one request after another

Yet who knows how long the promises

In exchange for the promise can be kept for how long?

With her reluctance to leave Liangliang

She left Beijing with a feeling of reluctance for Liangliang

However, just before she left

Liang Liang went to a nightclub to play all night

But Meow Meow suddenly called to ask where Liangliang was.

Lying about being at home, Liangliang

promised to take down the clothes from the balcony

When he got home, he found that there were no clothes on the balcony.

Meow Meow was just testing him

Liangliang, who exclaimed that his girlfriend was like Sherlock Holmes

came home the next night

but was surprised to find his girlfriend already home

So I simply quit the play

The two make up again as before

But can such a reconciliation last?

In the early morning sunshine has not yet

It turned out that Meow Meow had checked his bank card.

However, she just said with a straight face

Checking the spending records is to help you manage your money

He felt that his life was being monitored

With the intervention, he lost his freedom.

Blaze left the house once again.

So she raised the bottle and said

If you want to leave, I will die for you.

But this time Ryo's response was only

Raise the bottle and smash it against his head

This method can no longer work

Clean up the broken bottles

Clean up the floor

But there was no way to calm the mind

The girl wandered aimlessly in the street

She may be looking for Liang Liang

Maybe she didn't even know what she was looking for.

The girl had changed her usual willfulness

When she saw Liangliang come home, she hurriedly put a pair of slippers in front of her

Even the table was set up with a fruit plate

The girl broke out into questioning

Unhappy with the situation, Ryo left the depressing place in quick steps

Unlike the previous two arguments

This time Meow Meow chased her out

The road was full of accusations between the two, who were not in love with each other in the past

After Liangliang said you are a psycho

immediately went to the middle of the road

Ryo turned around once again

The two embraced each other in the brightly lit street

The reconciled pair lay opposite each other

Asking if you will leave me

Ryo didn't know how to satisfy

The girl's endless demand for security

Thought maybe having a baby would be better

But Meow rejected the idea

And said I'll serve you when I'm old

If I die before you do

I will poison you first

After saying these words

A drop of tears flowed down

There was only determination in her eyes

The girl was not joking

But the two were no longer in love at the beginning

Both of them were tired of being in a relationship

Meow was constantly worried about the beautiful women around Ryo.

Ryo was always careful to smoke and answer the phone.

His ex-girlfriend asks him to deliver a document.

He went out after the girl went to bed, fearing that Meow Meow would be distracted.

However, he didn't expect

When he returned home

Meow Meow woke up long ago

Angry and angry, Meow Meow woke up in the middle of the night and slapped the boy

Asking him if you love me

Both Liang Liang and Meow Meow could not breathe

However, they pretended to be fine

Ryo found a monitor in the house

Blaze understood in a flash who had installed it

Depressed, he ate and drank in a hot pot restaurant

Even his friends' explanations did not help.

After the strange, strong man came looking for trouble

He frantically threw a storm of punches at the strong man

Meow Meow, who understands that the surveillance cameras have been discovered, acts submissive.

But Ryo was no longer ready to put up with it.

Meow Meow said it was all because I love you

In the face of such an argument

Ryo says, "Then don't love me.

Ryo feels more and more like a puppet in this relationship

Looking at Ryo who was running out of the door

But the boy was determined to leave

Meow Meow tried everything she could to make Liang Liang

When she saw a human-shaped bulge on the bed

Thought she had finally found Ryo

Lifting the covers only to find a girl

The devastated Meow feels that she may not be able

I'll never get back the man I love so much

She went back to her house.

Outside the window is Liangliang smoking a cigarette in silence

But he was trying to escape from the hysterical Meow Meow

He stood outside the high-rise despite the danger

A depressed Liang Liang replied to his ex-girlfriend's text message

He finished washing up in the bathroom

I never thought it would be Meow Meow who came

Meow Meow calmly said she would move out

When he called his ex-girlfriend

It was with Meow Meow that Blaze sent the text message

There is no greater sorrow than the death of the heart

The two break up for good

Meow Meow with a short haircut suddenly appeared at home

She asks Liangliang to take her to a car race again

This is very similar to the first time they met

The difference is that after the passionate love and endless arguments

They will never be the same again

In the darkness of the night

They have no words

The love that was once there is only silence

Perhaps we do not lack the sincerity to love

But we don't have the ability to love well

I want to be good with you

But I don't know how to be good with you

Love is sometimes like the sand between our fingers

The harder I try to push

Maybe how to love is a lifelong lesson to learn

There are more exciting things waiting for you here

I will try to make you like my video

This article was published by the #author at #Time on the #website name, if in doubt, please contact us.
本文链接：https://www.toomic.com/movie/215.html

上一篇
Plot "The Keeper of the Table" movie commentary copy

下一篇
Plot "I am not a drug god" movie commentary copy