Plot "The writing on the bathroom wall" movie commentary copy

Plot "The Writing on the Bathroom Wall" movie commentary copy 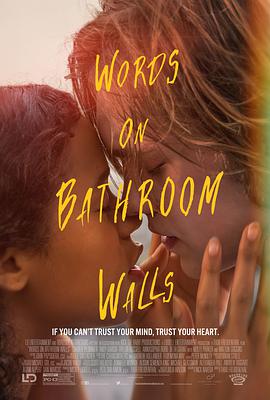 Adam is a schizophrenic.

Because of a chemical disorder in his brain

He can see many people who do not exist

For example, this dark-haired man in fancy pants night.

It's made up by his brain.

At school, when the psychosis happens suddenly.

He sees another blonde in a white tulle dress.

He suddenly hears a man talking to him.

The voice is low and scary.

Then he saw a scene from a science fiction movie.

All the things were flying around the house.

Walks up to the door.

Sees a bald guy with a bat.

This is also one of his fictional people.

The students around him look at him curiously.

This was the first time he experienced a mental breakdown.

At the hospital, doctors diagnosed him with schizophrenia.

People will live in an imaginary world.

When the family learned of the illness

Paul, the stepfather, put away all the knives in the house.

This is mainly to prevent Adam from hallucinating martial arts scenes.

Mom is looking for a cure online.

This also consumed a lot of her energy.

He will go through a long healing process

Only when he concentrates on cooking

He was able to have a little peace of mind

This has become his only hobby

Due to his condition, Adam was expelled from school.

Her mother took her to a Catholic high school.

It was the only place that would take him in.

During the interview, Adam had another hallucination.

He saw the whole house on fire.

Luckily, he knew it was fake

At the same time, it was fun

The school had a condition attached to his admission

He had to get a 90 or higher in every subject

And he had to report to the school every month on the progress of his psychiatric treatment.

Adam is slowly settling into his new school.

He was having lunch in the cafeteria.

He was approached by a girl in the cafeteria.

Her name was Mia.

She was a very talkative person.

But the conversation wasn't easy for Adam

Because in Adam's eyes

Mia was surrounded by a group of fictitious people

And they were always talking to themselves.

This was very distracting to Adam.

Adam tried to concentrate on talking to Mia as much as possible.

From this conversation, he learned that

Mia was an outstanding student who had won a scholarship.

It was very admirable.

Adam took his medication as usual.

The hallucinations appeared to be disappearing

It seems that the long-term medication is having some effect

His score was a failing grade.

His mother was anxious.

She wanted to find a tutor.

At this point, the blonde woman Adam was hallucinating kept emphasizing

"It's love, you're attracted to each other."

Adam recommends his own food to Mia

The black-haired man began to disappear

During the rest of the study

Adam entered a world of silence.

No more talking fictional people around him.

He began to love the world.

He guessed that it was a side effect of the drug.

Luckily, the problem was not serious.

Adam had to make a gourmet meal for Mia.

When stir-frying, he basically relies on his sense of smell

to decide what spices to put in

His hands started to shake again while he was cooking

He hurriedly put his hands behind his back

As much as possible, he tried not to let Mia see him.

Mia took a taste of the rice.

Then she kept coughing.

She said Adam's cooking was delicious.

Adam guessed something was wrong

It must have been awful.

He took a taste himself

But he felt the taste was just right

The next day in class

The teacher gave an essay test

In the classroom, he had blurred vision again

And his legs began to shake violently.

The side effects of the medication were getting worse and worse

His mother gave Adam the news

Adam was thrilled to hear it

His hands shook even more

And there were visions in front of his eyes

Adam looked up the instructions for the drug

It turned out that the side effects of the drug included loss of vision, tremors, and loss of taste.

When Adam saw this, he was afraid of losing his bowels and being embarrassed

So he decided to stop taking the drug

Then he went out and threw up

The result of prolonged withdrawal

He started to have hallucinations again

The fictional characters appeared around him again

At school, he was able to hallucinate many non-existent words on the walls

This made him panic.

Adam went to a party.

At the party, he was hallucinating again.

He started to hide from the black fog-like things

He ran and climbed on a railing.

He accidentally fell off.

When he woke up, he was in the hospital.

The doctor tied his hands and feet.

This was to prevent him from hurting himself

Then he was sent to a treatment center.

He was monitored by someone who took his medication.

When the school found out that Adam was sick, they suspended him from school.

This meant that Adam couldn't get his diploma.

On the day of the graduation ceremony, Adam arrived at the venue.

He forced himself to take the microphone.

To say something psychological.

That's when he was hallucinating.

It was that horrible voice again

Then another vision appeared before his eyes

A cloud of black mist flew by.

It covered everything in the house.

He forced himself to calm down.

Then the speech said he needed a diploma

Without a diploma, he couldn't be who he wanted to be.

He also described the details of his schizophrenia.

Living in a sci-fi world every day.

As his speech became more fluid

At the end of his speech, he said

He has the disease

But he was not the disease itself.

This speech moved the school

gave him a diploma.

He also succeeded in becoming a chef.

His mother gave birth to the baby.

The family was happy.

That's it for this movie!

This article was published by the #author at #Time on the #website name, if in doubt, please contact us.
本文链接：https://www.toomic.com/movie/218.html