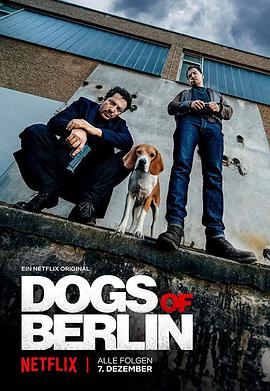 Germany's World Cup qualifying match is about to start

But the team's leading player has an accident

A fight involving black and white is quietly staged

On the morning after the ball player was killed

The division chief rushed to the chief's house

This is a very shrewd and powerful woman

The commissioner was a bit embarrassed by this.

He had already agreed to let Agi handle it.

The reason for this was that he valued Agi's ability to handle the case.

But the female director didn't think so.

It was more like Aoshi had something on the Branch Chief

But even so, she agreed.

Back home, Aoshi spent an early morning with his wife and children

The dog he picked up actually spit out a finger

Associated with the absence of the ball player's finger

This dog is probably the ball player's pet

Soon Ajay brought the dog back to the bureau

The members of the homicide team, including the two police officers, had also arrived

There were also newly assigned officers from various teams

When they introduced each other

The Football Association sent out a message

This made Aoshi, who doesn't watch much football, feel panic

Especially after learning from others that

Germany is much stronger than the Turkish team

Agi was worried about his big bet

Forced to stabilize his emotions

Agi informed about the murder of the footballer

He also gave a name to the investigation

It was called the Red Card Task Force.

After all this, Agi turned around and ran to the toilet.

He now had to find a way to make sure Germany lost.

To do so, he contacted the commissioner

He asked for a pass to the match.

At this moment, the commissioner was comforting the family of the player who had learned the sad news.

Without much thought, he agreed to the pass.

The male police officer met with the chief of the fifth team in private.

Regarding the case of Aoshi's robbery

It's possible that this is related to the Friendship Club.

From here, he learned that

Aoshi was also a member of the Friendship Club

And was involved in a murder case many years ago

And this time, the robbery.

So the two of them hit it off.

They were going to investigate him secretly.

On the other hand, Aoshi's first love had just finished her work.

This is a private job she found to chat with

It's a way to earn a little money.

After dropping off Yuan's son at school, she couldn't rest.

She went to the Social Welfare Bureau without stopping.

Today she had to have a meeting

to determine eligibility for welfare.

And she gave all her money to Aoshi.

It was impossible to get gas

Also unlucky with him is Aji's wife Paula

But business is not good

Even the rent has to be subsidized by Ajay

This person has a lot of problems with petty theft

Paula could not stand it and was ready to fire her.

As soon as she said this

The clerk went into a rage

Not only did she beat Paula up

And also a lot of damage

Paula was so bullied that she didn't dare to fight back

Afterwards, she had to drink to relieve her emotions

When she woke up from her drunken stupor, it was afternoon.

And she missed picking up her children from school.

But the school teacher said that the child was picked up

And the person who picked up the child was Ava, Aji's mother

It was clear that she didn't like this mother-in-law

At that moment, Ava was playing in the park with her two children.

As one of the founding fathers of the Friendship Society.

Ava herself is strongly racist.

She saw a Turkish child playing on the slide.

She would immediately run to chase them away.

The two Aggie children were dumbfounded by this.

The eldest daughter had a look of contempt

Iho of the narcotics unit was still following the student.

But not long after that

A few people suddenly brought him back to the station

The members of the narcotics unit, including him, were questioned one by one

And the questioning was about the previous operation

Obviously the bearded man knew about the operation in advance

This means that there may be undercover agents in the group

A man with glasses is very suspicious

This person has always wanted to be promoted

And in the process of questioning

Iho supported the legalization of DM

and the identity of TXL

Although these two things do not affect Ihor's police work

But such a cheap behavior is really disgusting

The chief of the division approached Ihor about becoming the captain of the homicide unit.

But Ihor knew it very well.

He was just a front man for Homicide.

It's not the same as the value he could show in Narcotics.

There's a huge difference in the value he can show in Narcotics.

And as someone who came out of Caesar's Tower.

Iho had a strong obsession with destroying the Tower Gang.

So he refused the chief's offer.

But the chief didn't give up.

Ihor could change his decision at any time

At this time, Aoshi was driving to the race site

But just as he arrived at the parking lot, he ran into his debtor.

The big brother who controls the gambling industry in Berlin.

The gang is as powerful as the Tahs.

The two gangs are involved in drugs and gambling.

With no interference from each other, there is no friction

Once Ajay saw that he was unlucky

Without hesitation, he ran away

Judging from this reaction

He has done this a lot

But even though he was more skillful in his body technique

But the other side can not stand the number of people

The result was naturally caught in the act

Of course, after being caught, it was no big deal

Nothing more than a beating

But these men also have nothing to do

They are not eager to fight

Instead, they planned to have a good time

But Aoshi couldn't afford it.

The game was about to start.

He had business to attend to.

So he didn't say anything.

He hit his head on the spot and bleeding

The men were dumbfounded by this scene

He ran back to the competition with a bloody face

Surrounded by a few students and a good bullying

At that moment, the bearded man's cousin appeared

He came to see the students to study music

Maybe he knew about the Tahs

Seeing his cousin talking to the students

The other students were a bit surprised

The student took his cousin home

This scene was caught by the sister

So the attitude is not friendly

And the cousin, right?

Although he is a member of the Tahs gang

But he doesn't have the problem of bullying others

On the contrary, he is very polite

Sister Kai did not accept this kind offer

After the cousin left.

Sister told Ihor about it.

When he heard the news, Izumi immediately had an idea.

He asked for some tickets from his boyfriend.

When he was done, he took the two siblings to the stadium.

Ava took the two kids back to the Friendship Club grounds

The members of the club held a group meeting

A bald man of high status

was very unhappy with the way Aoshi's brother had acted

He even proposed to expel him from the club

In response, the brother defended himself

He said that the money would be returned immediately

And by borrowing the money

He also got a message from Aoshi

That a Turkish man had been killed.

Youai will be considered a hero

And in this way

Friendship Club can use Aoshi's connection

To find him before the police.

But this depends on whether Aoshi can pay back the money

Paula arrived in a rage.

She was very upset that Ava had taken the children.

Ava, on the other hand, laughed at her for drinking in the middle of the day.

After an argument between them

Paula left with the child

The lover finally met the head of the welfare office

But to her surprise

They refused the lover's eligibility for social welfare

This made the lover very upset

Her job did not earn much money at all

The family's expenses are still basically dependent on the welfare agency

If she loses her eligibility

Then the family would have to drink the wind.

The lover was ready to discuss this with the manager.

The lover actually stopped in front of the steward's car

The result was directly knocked unconscious

Aoshi arrived at the stadium in a hurry

With the pass given by the branch chief

He sprinted all the way into the German team's locker room

The German team had just finished refueling and boosting their energy

They were confident of winning

But Aggie, with a gasp, told him about the murder of the star.

After that, he pretended to be serious

He knew that the psychological impact of this shock

And that would give him a slight advantage in his bet.

So will the game be as good as Agi had expected?

Ihor, who also does not want to be in the murder group

What will he choose?

This article was published by the #author at #Time on the #website name, if in doubt, please contact us.
本文链接：https://www.toomic.com/movie/219.html