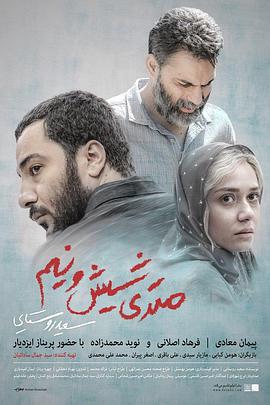 Captain Sama and his officers enter through the front door and find no drug dealers.

Another officer, Hami, is outside to meet them when they suddenly spot the figure on the roof

Hammy followed quietly to the alley and the drug dealer jumped off the roof and ran away.

Hammy chased after him, the surrounding scenery and sounds seemed to freeze.

Only the sound of footsteps and panting could be heard on the way out.

The dealer tries to throw the drugs over a high wall, but the wall is too high and the drugs fall to the ground.

Unfortunately, a large bulldozer on the site was about to bury the hole

This opening scene sets the breathing rhythm of the film's narrative

Today, we're talking about the top grossing film of the year

Before entering the main film to solve a question many people wonder.

Iran, a country with strict religious rules and economic recession

Why is the drug problem so serious? To be honest, it is related to the economy

Because of the long-standing international sanctions, the unemployment rate in Iran remains high.

In addition, Iran has a good neighbor with a long history - the world's largest opium producer.

While being a drug smuggling route, a large number of unemployed people are involved in drugs.

Iran has become a major drug-trafficking and drug-addiction area.

The drug captain, Samar, is passionate about his work, but he faces a problem.

Because Hami's son was killed by drug dealers

His wife did not accept his job and filed for divorce.

An important requirement for promotion is that he is married and in a normal marriage.

Hammy's son was killed by a drug dealer and the murderer blamed it on Arthur's fingerprints from the drug spring.

There is a suspicion of corruption in this.

Did you accept a drug bribe and let the dealer get away?

He was asked to write a report on the matter and they got into an argument.

Almost all the relationships in the film are full of conflicts.

The dialogue is also almost always a heated argument.

As to what the main idea is, we will explain it at the end of the program.

So finding Arthur and capturing him became the common goal of the team and Hammy.

The film uses objective and realistic footage to reproduce

The sad and deplorable scene of drug addicts in Iran

Children play in the open spaces, some of the drug addicts have been dead for a long time.

It's a very grim picture of people in poverty.

Almost all of their lives are based on drugs.

The whistling wind seems to be asking: What's wrong with this society?

The four young men are hesitant to undress, and they awkwardly say to the team: "We can't take off our clothes.

We can't take off our clothes, we are girls.

The film uses this detail to show the embarrassment of Iranian women in poverty: because of the harsh religious rules

There are too many restrictions on women's work.

Many women have to dress up as men to seek work opportunities.

Many of the drug addicts confessed to buying their drugs from a man named "Lei Zi".

The police immediately came to Lei's house with a search warrant, but searched inside and out.

No trace of drugs was found, and Lei was screaming injustice.

Just as the drug detection dogs found nothing in the house, the team decided to call it a day.

Lei Zi confessed that his handler's name was "Hassan the Cow"

The team, Hammy, immediately moved to block Heifer at the airport, where he was in the process of leaving the country.

X-rays showed that all four men were concealed in their bodies.

All four men had a large amount of drugs hidden in their bodies.

His niece was Arthur's fiancée.

Until the team suddenly threw out: your father's entire fortune is only 500 million

Where did you get your $800 million car?

I can apply for your arrest on the grounds of "accomplice" right now.

On the top floor of a super-luxurious apartment building in Tehran.

The team found a large amount of sleeping pills in a private swimming pool.

So that is the main event of the film after that

After being revived in the hospital, Arthur is brought back to the police station

He was on his way to the fingerprinting room.

His trick was detected by Hammy, who was watching him closely.

After the fingerprints were taken, the file system immediately gave Arthur's true identity.

His real name is Ali, who was convicted of drug trafficking a few years ago.

Arthur's true identity was revealed and he knew he was going to die soon.

Just in time for the arraignment, Arthur swears on his mother's life.

He denied that it was his men who killed Hammy's son.

When he spoke to his brother again, Arthur learned that his betrayer was his former fiancée, Elle.

When he put the phone down, he couldn't help but cry.

He cries on behalf of the boy who was accused of the betrayal of his fiancée.

The film uses a "de-demonizing" approach to Arthur's drug table.

The humanity he shows makes the viewer inclined to believe

that he had nothing to do with the murder of Hammy's son.

During his phone call and arraignment, drug addicts were being brought into the cell.

The stifling heat combined with the unpleasant odor was suffocating

After Arthur led a protest to the police and was refused.

This scene echoes the plot behind the picture, so to speak.

And the team kept accusing him of killing Hammy's son.

Arthur swore on his family's lives that he would not harm the boy.

He even cried and said, "As long as you stop spreading rumors that I kill children.

I'd rather tell you the location of the drug factory in Lesa, the big drug spring.

The police officers who were guarding Arthur from the farm workers

They found out the exact location of the drug factory is underground.

The team watched as they escorted the workers through the haystacks and into the basement.

The drug factory was blown up and Arthur insisted that he didn't know the whereabouts of the drug lord Letsa.

It should also be a feature of Iranian justice

Arthur expressed surprise: the drugs are mine, but not 6 kilos, but 8 kilos

Then he turned to the team: you told me you could sell it, but you sold 2 kilos.

Execute me with the remaining 6 kilograms you are too toxic, right?

To be honest with you, Arthur's move was very poisonous.

The team rushed to find Hami to testify on their behalf, but Hami said to the judge.

And then Hammy volunteered to handcuff him in the stairwell.

Of course, the surveillance video of the drug bust cleared the team.

At the retrial, the judge asked Arthur: You were already rich when you were arrested last time.

Why did you continue to harm so many people?

Arthur said with tears in his eyes: "You don't know what it's like to have a family of a dozen people

You don't know what it's like to have a family of a dozen people crammed into the dankest little house in the slums.

I let the whole family live in a good house, nephews and nieces to go to school in Canada

I felt it was worth dying for, but then the judge told him.

All their accounts were closed and they had to go back to their old house.

Arthur was devastated that the international students would be deported.

The lawyer asked him: Since you were so upset about the execution, why did you commit suicide before?

Arthur was very excited: when you bought a luxury home for your family

When you send your children to study abroad

Only to learn that they're just out on the town

Do you think there is any point for me to live?

The meeting with Arthur's family before the execution was full of tears.

He encouraged his young nephew, who was learning gymnastics, to perform for him until his brother asked for the drug lord's phone number.

Arthur suddenly loses his temper and screams at his brother to stay away from drugs.

This episode also shows that Arthur is well aware of the whereabouts of the drug table.

A large number of military police forced the drug dealer, who was crying and shouting, to walk to the hanging table by himself.

The same can not hide the fear inside

In the face of Hammy's questions, the team did not say it was for the family

Rather, he said: when we accepted the mission there were 1 million drug addicts

We've been fighting for years and now there are 6.5 million...the meaning is obvious

And "6.5 million" is the original title of the film

It is also extremely realistic in its presentation

A society full of contradictions, where the poor are corrupted and the rich are unkind.

The law enforcement process is full of opportunities for corruption.

For example, the police are repeatedly alone with drug addicts and the judge is alone in the trial.

The metaphorical ending of the film criticizes the disorderly governance of Iranian society.

When the drug squad leaves the car and stops at an intersection, someone comes to wipe the windows of the car.

This is followed by a massive police operation to expel the car wiping party, which gradually pulls out a large panorama

Every character in the film, including a large number of crowd actors

All gave a surprisingly immersive performance

portrays Arthur the poisonous fountain with flesh and blood and nuance

His outstanding performance overshadowed the role of police captain Sama

He also won the Best Actor award at the Tokyo Film Festival.

This article was published by the #author at #Time on the #website name, if in doubt, please contact us.
本文链接：https://www.toomic.com/movie/226.html