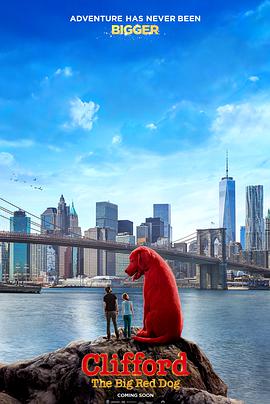 This man is fixing a satellite pot.

Take a big wrench and screw a small screw.

See the life is at stake

The people eating the melon came to the sound.

On the verge of falling off the building

Suddenly a big red dog rushed out from the crowd.

Let the crowd of eaters present cheer and applaud.

Go up and pet the head

Who is this dog?

Stray dog having fun in his den.

Red hair a burst of scurrying

in the dimly lit garage.

The roll-up door was suddenly opened.

Into a group of dog lovers

As it burst out again

Watching the dog's mother and brother being taken away.

It rushed to the roll-up door.

Still a step too late.

Through the gap of the roll-up door

Came to the outside world

But in the face of the oncoming traffic

Can't cross the road yet the red hair

A group of roasted pigeons flew by

This made the red hair hungry

The pigeon was no match for the pigeon

The red hair was angry

If I can't eat it, you can't get it either

At that moment, an old man

And gave him a mouthful

He took him back to his pet store

From then on, it changed its fate

Xiao Mei wanted to have a pet

Came to this magical pet store

But the uncle felt strange so refused

When she got home

She carefully pulled it open

Xiao Mei was surprised and happy

She named him Redhead

The dog and the man started to sleep

What a big dog face

Xiao Mei tried to wake herself up

But she found that she was not dreaming

Such a big dog

He was holding the pillow

Trying to interact with Xiaomei

But the huge red hair

But unaware of the danger is quietly coming

He went to the toilet and drank it all

And washed the man's face.

He was sent to the hospital for a physical examination

The doctor told him to be weighed

And the next moment

Such a big dog

Tearing up Xiaomei's house with hair flying all over the place

Almost sent the uncle away

And because of its special

Xiao Mei took the red hair to the hospital

Bolt the rope to load the truck

A balloon in the distance

attracted the attention of the red hair

He was so excited for a moment

The balloon as a toy top fly into the sky

It chewed through the balloon

The people inside rushed to climb out

Red hair want to find a tree to facilitate a

The amount of water is comparable to a fountain

The crowd saw such a big dog

All rushed to watch

With the spread of the Internet

He was targeted by Blackheart who was engaged in biological research

He also bred a double-headed goat with his own hands

He vowed to get the red hair

Otherwise, he would be single for the rest of his life.

Redhead was also sent to the veterinary hospital

Everyone and the dog were stunned

When he saw such a big one

Everyone could not help but sigh

This one red-haired dog

It can be as big as ten demolition teams

The doctor listened to the heartbeat

But found that the red hair is very healthy

There was no problem at all

Xiao Mei had to take him home

Blackheart, who had been planning this for a long time, suddenly appeared

He took out his mane

He told Xiao Mei that he wanted to buy Red Hair

But the relationship with the dog is priceless

A needle was stuck on

But this is the only anesthetic

To a ton of weight of the hairy child

No feeling at all

Even a little bit want to laugh

With a truck to help the red hair escape

He also temporarily settled it in his own mansion

His dog in front of the red hair

He was so enthusiastic

He was eager to sniff Redhead's farts

Only to see it stick out its tongue

Scared a few people do not know what to do

Fortunately, not long after

Spit out again to the puppy

Because the red hair was not caught

decided to do whatever it takes

This dog was running wildly on the highway

With a light jump, he flew hundreds of meters

It carries Xiao Mei through the city

He leapt up and down

Stepped on the car and took off

Blackheart wanted to get the red hair

Red Hair was wanted all over the city

Arranged a cruise ship for him

He was ready to send Red Hair to China first

And Xiao Mei was also full of tears

Knowing that he would cause trouble if he stayed behind

He could only leave in pain

Xiao Mei, who thought the red hair was safe

She was found by a neighbor

He said that Blackheart had chased her to the sea

The red hair caught back

The neighbors wanted to help

To save Redhead together

Outside the research room

First use the big shears to break the iron net

Take the second kick to eat a bang

Blow open the door of the laboratory

Release all the big fat sheep

A fat sheep with a bull gene

blocked the way of everyone

The old lady immediately thought of a solution

She poured out milk

The fat sheep licked it and forgot about it

He had rubber gloves on

The crowd worked together

He struggled to wake up from the anesthesia

Xiao Mei got on her mount and rode away

Also met with the revenge of the fat sheep

The scene was chaotic

He swung a car to block the red hair

He turned around and ran away

Rushing across the bridge to shake off FBL

Then stopped at the river

Blackheart squeezed out the crowd

Bring out the high technology

Saying that with this, we can tell

Who is the owner of the red hair?

Old man did something with magic.

In full view of everyone

But FBL announced on the spot.

The dog belonged to Xiao Mei.

Only Blackheart was left with a confused face.

The clown was himself.

He fled the scene in panic

And the red hair was accepted by the public.

They have come forward to embrace the big dog.

He and Xiao Mei live a happy life

Becoming a favorite among internet celebrities.

Going to the top of the dog's life

Don't forget to pay attention to those who like it!

This article was published by the #author at #Time on the #website name, if in doubt, please contact us.
本文链接：https://www.toomic.com/movie/227.html