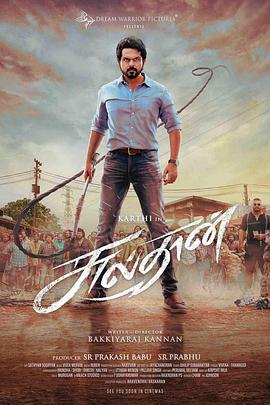 What is the reason?

Can make this man, who believes in peace and harmony

give up his faith to kill.

The story goes back 20 years.

He was the biggest in the area.

The only son of a big man.

He was born with a bloodbath.

On the night of that thunderstorm.

His mother died giving birth to him.

The uncle threw away the bloodied machete in his hand.

Took the baby from the midwife.

touched the scars on his chest.

The sultan was among the gang brothers

Although the father, they were out fighting all day long.

But the father never let the Sultan know.

He did not want the Sultan's hands to be covered with guilt.

Many years had passed.

One day, a village chief approached his father.

His village had been oppressed by the mob for a long time.

They did not allow the villagers to farm.

Famine was spreading in the village.

They went to the politicians and officials.

But no one would help them.

Father was their last hope.

He offered the last savings of the whole village

Father made a promise to him

That he would help them

Just a fist full of rice

That's when the sultan, who had returned from his studies

Was warmly received by his brothers

The whole compound was filled with a festive atmosphere

A group of burly men danced there

In the evening the sultan showed them

showed them the project he was going to start

His father was proud of him.

He was attacked by several gunmen.

Several brothers fell in a pool of blood.

The mother who lost her son cried in the hospital

That's when Sultan realized the violence his father had been subjected to.

Although he grew up in a gang

But he had his mother's peace gene in his blood

He packed his bags and tried to escape the compound.

His father didn't keep him.

He only asked him

In the future, when the brothers are in trouble

to help them out

The same night, his father died of an illness.

The lawyer told him at the memorial service

The gunman that night was actually a police officer.

This is the newly appointed chief

A special operation to fight crime and eliminate evil

All the gang's leaders are their targets

Asking him to give them a chance

As long as they have 6 months

he would cancel the action against them

And at this time Uncle Nose was surreptitiously preparing

At the end of the night, when the group was about to sneak out of the compound

Sultan appeared behind them

This explosive head hurriedly lied that

he was going to the countryside to meet his cousin

The sultan remembered the condition of the chief

He understood that only by taking them away from this place

to stop them from continuing to use violence

So he called all his brothers

His life would change forever

It was a village overrun by thugs.

Every corner of the village was filled with atrocities.

The whole village was filled with despair

The operation to eradicate the evil frost

The Sultan must not know about it

Exploding head on the side is also a person with eyesight

change the next batch and see

This is a good brother

The sultan hurriedly fixed his appearance

This thing is totally unexpected

Sultan decided not to chase Xiao Mei to get her

He will never go back

Everyone didn't know his real purpose

He wanted to keep the brothers in the village

Since we can't let Sultan go back

When the group was about to strike at the market

at the market and stopped them

The uncle had no choice but to tell him the truth

At that moment some villagers came in

They begged them to save the village

and took out his anger on the villagers

In order to prevent the brothers from committing violence

He locked up the brothers

He saw that the village was in shambles

was being tied to a post and whipped mercilessly

The sultan knew that he must not let them do anything

He reached out and grabbed the three-meter long whip

With one hand, he threw the victim into the air

Bounced up and turned in the air

After picking up the 3-meter-long whip from the ground

Let the brothers stand back and watch him perform

Then he pulled out another one from the ground

I don't know what it's called

Anyway, it was very thick and big

It seems they all had to endure a little

The crowd was celebrating the power of the Sultan

But he looked at the blood on his hands and wondered

Is this violence right or wrong?

The real mastermind behind it

Brother Beard appeared at the head of Biao's bed

In fact, they occupied this village

The purpose is for the iron ore under the ground

He can buy the land from the government

But the plan was ruined by the Sultan

So he devised an even more vicious plan.

A mob with sharp blades

They were discussing how to

to kill him silently.

The man was impatient.

You should have discussed this before you came to Noori.

The man warned them not to make a sound.

Or the dozens of fat people sleeping around him

would tear them apart in an instant.

And with that, they warmed up.

A little karamee was the first to attack

The blood that fell to the ground

The smell wafted into the air

The strong smell of blood aroused the reaction of the crowd

Sultan rushed to bury the blood

The people went to sleep again

The little group of khala also took the opportunity to escape

The next day the lawyer told the sultan

The police crackdown was getting stronger and stronger

Warning him never to take his brothers back to the city

So the sultan announced

He would lead them to labor reform

Hundreds of miscreants were instantly turned into farmers

In order to get rid of their gang status

The sultan spread all his money

For all the brothers bought fields

And on the way back they were attacked again

The uncle died trying to protect the Sultan.

The anger of the brothers broke out completely

The situation was out of control

In order to stop them

to have a duel

The loser would follow the orders of the victor

In the face of the brothers who were like family

The sultan could not do it

He soon fell into the disadvantage

Although the platoon war was won

But the family was broken up

Sultan's kind act was misinterpreted by them as cowardice

Such a leader was no longer worthy of their following

When Brother Beard learned that only the Sultan was left alone

His time was about to come.

The village chief persuaded the Sultan to leave the area as well.

After sending the young and old villagers away.

Soon Brother Beard's caravan arrived at the entrance of the village.

Without saying a word, Brother Beard ordered the village to be burned.

A car full of gasoline and liquor was headed for the village.

Sultan flew out of the blazing fire

Ambush of young and strong villagers also rushed out.

The battle to defend the village was officially started.

When the sultan thought the battle was over

It was a battle to the death.

To fulfill his father's promise.

For the sake of the belief in his heart.

The sultan picked up the long knife on the ground

As long as he was alive

They were not allowed to enter the village.

Hundreds of people rushed towards the sultan

Just then, a fire spear pierced right through the two men.

The brothers of the family were back.

The villagers shed tears of excitement.

Their village had finally been saved.

Each man knelt behind the sultan and admitted his mistake.

The lawyer told them all the truth.

They were now no longer hooligans.

Instead, they were a group of farmers who were guarding their homes.

At the end of the story

They harvested the food they had grown by hand.

They were so excited that they shed tears.

A group of ignorant hooligans

Thank you for your patience in watching

See you in the next issue

This article was published by the #author at #Time on the #website name, if in doubt, please contact us.
本文链接：https://www.toomic.com/movie/245.html