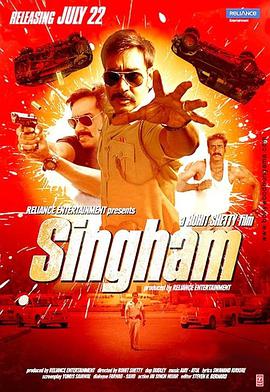 Never before had I seen such a man of death

With a group of minions.

Shouting threats at the police chief

The chief's third brother, who is well liked by the villagers

A group of people copied various kinds of guys.

The villagers then poured into the police station.

San quickly waved his hand and told them

not to scare people.

Tell them to wait outside.

It was just an idiot.

Who is that idiot?

Calling who an idiot?

You think being a cop is great?

I could fire you right now.

This Sango is tolerable.

The villagers can't stand it.

All the villagers took the men

All were brought to smash the car.

Sango rushed out to stop it

But this villager still

Could not control his anger

Sango you can arrest me

But I still want to pierce this car like

Stab him in the chest

Who dares to touch Sango

I'll cut off his hand

Outside trash to come into the village and cause trouble

This group of simple villagers

With their practical actions

to resist the oppression of external evil forces

Although it is very simple and brutal

San then forcefully took the

man's hand and pressed his handprint on the sign-in sheet

This powerful man in Goa

He had to leave in a hurry with his head in the dust.

I thought there was an honest director in Goa

He wanted to investigate the evidence of his crime.

As a result, he was framed for corruption and bribery

Finally the director could not bear the pressure of public opinion

Suicide in the office died

But Biao, who had already conspired with the inspector general

He was able to secure bail.

He only had to go to a remote police station

This small village, which is not even found on the map

Biao had no interest in going there.

But the third brother saw through it at once

Moustache took out an envelope and put it on the table

But Brother San stood up and kicked Moustache over

He must report to the police station within four hours

Otherwise, a warrant will be issued for his arrest.

When he received the notice, he couldn't stand it.

Immediately with a few dozen of his men

In a long convoy

He came to the police station in a fierce manner

He was driven out of the village in disgrace

He was always the one who bullied people

But today he was being taught a lesson

This filled his heart with anger

At that moment, one of his brothers told him

Brother San is loved by the villagers here

We can't do anything to him here

So Biao's mind grew up

The Inspector General was thrown out of the station

A small division chief was thrown out of the police station

He was even scolded by him in the street

Whoever interferes with my son's family again

I'll break his legs and make him beg for mercy on the street.

The eyes of the people around me were full of

The reason why I can be transferred to this place

All because of Biao's death-defying operation

Last time he was humiliated in San's village

So he found a way to transfer San to here

There was also a sheriff who was a smartass

Right here in this chair

And it won't be that easy.

I will torture you slowly.

But Sango was not afraid

He then investigated the cause of death of the former director

All the signs pointed to him

Couldn't have taken a bribe.

But when San approached the director

The law is all about evidence.

Without evidence, the police could not do anything

This is when Biao's revenge action also began

Smashing windows in the middle of the night

He even sent a big truck to run him over

He even called him afterwards

Said these are just appetizers

Only after that did San understand how powerful he was

How powerful he is

He just arrested a drunk driver.

He was released by the Inspector General the next day

He wanted to get the support of the Minister

The minister told him to give up this idea

Sanko then saw the gap between the ideal and reality

He was full of ambition

But there was nowhere to put his fists and feet

Disappointed, San was ready to return to the village

Because the villagers there are kind and simple

If you throw a stone

Will also splash themselves in the mud

A small group of kala provoked him again

The son of the former director clung to his leg

If you leave, they will bully mom again

At this moment, Sango's conscience overcame his reason

He ripped off the street lamp

Then he took the little karaoke

The police officers laughed at him for wasting his efforts

You are the ones who are afraid of trouble

That's what fuels the evil trend

Then a righteous and angry rebuke completely ignited

The last conscience of the police officers

When the inspector general came again to get people

He was kicked out directly by San

A local minister was angrily rebuking

This chief is lawless

The director looked at his colleague

These few slaps made the minister doubt his life

He told the police officers to arrest this man immediately

But the police officer said he didn't see anything

The minister was furious.

Do you people want to quit?

Sango gave him another kick

Then he took him under control

He gave a wink

Soon the minister, who was only a helper of the tiger

When San and his group were about to leave

An old police officer called out to him

I have six months before I retire

Can I get a kick in the pants too?

Do what you want

On the other side, Biao finally realized

He has moved a stone and hit his own foot

The straightforward Third Brother does not play by the rules

So he handed the transfer letter to San again

He wanted to transfer San back to the small village

And this order will be effective in 24 hours

He had tried so hard to help justice.

And all he got was a thin transfer order.

Is it possible that evil will eventually prevail over good?

He approached the Director again and asked him

A villain gave me the transfer order with his own hands

I can't do anything about it.

Why is that, sir?

When we police officers are doing our duty

We police officers are also bound by certain restrictions when we do our job.

We have the lion's emblem on our caps.

The people didn't give it to a politician or a minister.

Not even to the Prime Minister or the President.

We were given the honor.

Because the people believe we can protect them.

Look this child in the eye

and told him his father was wrong.

All of them bowed their heads in shame

I will fight against Biao to the end alone

I have done what a man should do

Even if it's a lonely battle

Dozens of police cars pulled up in front of him.

The commissioner told him that for the next 24 hours

the police department will no longer serve any big shots or politicians.

It's your time to perform.

Then a group of police officers gathered around the funeral home.

The commissioner sleeps more leisurely on the couch.

Then dozens of police cars brought him back to the police station.

Pressed him into the seat of the Suicide Commissioner.

Loyalty to the people

Dutiful in my duties

Although the ending of this movie is not perfect

Unfortunately, justice has been covered with mud.

But I personally found it very combustible

Thank you for your patience in watching

This article was published by the #author at #Time on the #website name, if in doubt, please contact us.
本文链接：https://www.toomic.com/movie/257.html