Love "before I met you" movie commentary copy

Love "Before I Meet You" movie commentary copy 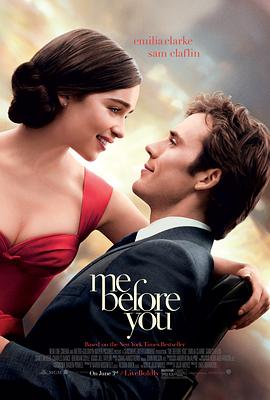 This interview was so awkward.

When the girl sat down, her skirt split open.

She was so embarrassed that she took off her jacket and put it over her legs.

The woman across the table asked her.

Would it be uncomfortable to face a person who is totally paralyzed?

The patient should be uncomfortable.

Good point. The woman was speechless.

She mentioned her former employer's glowing review of the girl.

Yes, I bribed him to say that.

When recommending herself to her employer

Her eyebrows flew about, almost twisted into a knot.

Finally got the job.

Lou is the sixth nurse in the family.

Because the woman's son Will is really stubborn.

Lou's first day on the job

Lou wasn't scared off by him.

Two years ago Will was the youngest banker.

A proper high roller in the eyes of others.

In the past two years, he seems to have changed a person.

Many enough to have a booklet

The most important thing is

Will does not want to communicate with others

Lou wanted to know his hobbies and interests

Tried to push him out for a walk

He was coldly chased out of the room

But she wanted to do the job well.

Every time she came to take care of Will

Dew put a lot of colors on herself

Will couldn't stand the sight of her.

Lou may not have been the best caregiver.

She would get distracted while feeding.

She would spill food on Will's pants.

She would make the living room wet when it rained.

One day, Will had a visitor.

Because of his health

His ex-girlfriend and his best friend got together

Will watched them without saying a word

After the guests left

Will angrily swept the photo to the floor

Lou rushed over and told him to stay where he was

Don't move until I clean it up.

If you get a flat tire on your wheelchair, there's nothing I can do.

Miraculously, Will calmed down.

Then Lou got some glue and tried to glue the frame back together.

When Will saw it, he told her not to bother.

All he had to do was see the pictures and he'd give up on himself.

But Lou didn't care what Will thought.

It was her job and she needed the paycheck.

Her openness left Will with nothing to say.

Gradually, Will would watch movies with her.

We would walk together and discuss books.

Lou's life was also influenced by Will.

She was fascinated by the fact that she never watched movies with subtitles.

When she accompanied Will to his medical checkup

The doctor told her that Will didn't start out like this.

He had tried to rehabilitate himself.

But his health was so bad.

Lou was distraught to see him lying there.

She stayed on and the day of snow came.

A man with 8-pack abs and a lot of energy

Now he was in this state

Lying in bed, unable to move or even sweat on his own

The slightest chill and his thermoregulation goes haywire

Need to take off his clothes

Using electric fans and wet towels to cool down manually

Late at night, Lou stayed by Will's side

This night both of them opened up their hearts

For the first time, Will spoke openly about the cause of his accident.

And Lou talked about her childhood

Her eyebrows fluttered in a very comical way

Will couldn't help but smile as he watched

When Will went to sleep

Will managed to survive the snow and wind.

Lou had worked in a cafe for six years.

But she gave it up for her family.

You need to expand your horizon Clark

You only live once.

You have a responsibility to live a great life.

He even agreed to let Lou shave him.

The man under the bubble was very handsome.

She accidentally lost her concentration.

She thought Will was getting better.

Will still can't accept the way he is

After six more months with his parents, he chose to be euthanized.

This was very unacceptable to Lou.

She even began to avoid it on purpose.

Her sisters told her that she had to be by Will's side at this time.

To try to keep Will.

To get Will out of the house in any way she could.

To experience the beauty of life.

When Will's parents found out, they were very supportive.

The first time she went out, Lou was dressed to the nines.

Two people bet on which horse will win

The winner is happy and the loser is depressed

The second time, Lou asks Will to go to a concert.

She puts on a red dress.

And Will put on a suit.

On the way home Will sat quietly in the car

He seemed to really see the beauty of life

He even accepted Lou's invitation to spend her birthday at her house.

He smiled and smiled

Lou's house is small but cozy

Will sat at the dinner table and ate with the others

Lou's boyfriend gave her a necklace

But when she saw the bumblebee pantyhose from Will

At first she said it was to make the man happy

But she didn't think he'd take it to heart

She silently decided she had to keep Will.

His ex-girlfriend is getting married.

She was his best friend.

And he's paralyzed and can't move.

Will received the invitation and thought twice about it.

He decided to go to the wedding and take Lou with him.

Looking at the couple on stage

Lou smiled and asked him to dance with her

What do you say you take me around the circle?

What? How much have you had to drink?

Will indulges the girl immensely

Two people and a wheelchair sliding around the wedding

Will no longer hid the fact that he was paralyzed.

He said that if it weren't for his paralysis, he wouldn't have seen Lou.

You're the only thing that makes me

You're the only thing that makes me want to get up in the morning.

He carried Lou in his wheelchair

He drifted out of the house, leaving a lot of laughter in his wake.

Will contacted Lou's father for a job.

So that she could fly and be herself.

And Lou planned a trip

This caused her boyfriend's displeasure

But in fact, after seven years of love

He only selfishly focused on his own game

The two have long been at odds

That's when Will was admitted to the hospital with pneumonia.

He was too vulnerable and Lou was scared.

Silently, she picked up the pace

When Will got better, she took him on a trip.

They sunbathed together on the beach.

At dusk, they tasted the hotel's food together.

The night is stormy

Lou tried to close the window but Will stopped him

He asked her to sit next to him

The two of them snuggle together and watch the rain outside

The next day, Will enrolled Lou in a scuba diving course.

Lou refused to go down for a second

Why didn't you ask me to come diving earlier?

She asked Will to stay for her, but...

I understand that life can be good.

But this is not my life

You haven't seen the me before

I loved my life

That's why I can't accept this physical condition

Will can't accept his crippled self

And he can't accept that the girl he loves is suffering for him.

In the future, Lou would meet a good man.

He couldn't be selfish and make her suffer for him.

Leaving was the only way to free him

I give you my heart and soul

But you only reject me

And now you want me to go with you?

To see the saddest thing I can imagine

Do you know that's a cruel request?

I wish I had never taken this stupid job

I wish I'd never met you.

After she got off the plane, she said goodbye in a hurry.

She couldn't accept the ending.

Will sat and watched her leave the airport in silence.

Back home, Lou was depressed.

She asks her father what else she can do.

He answered her this way

Dew wakes up and is rejuvenated and sets out again.

This time she was going to say goodbye to the man she loved.

Will asked her to open the balcony door.

For a moment, Lou is stunned.

She knew that this was the world Will wanted her to see.

She snuggled up to Will

With the girl and her family by her side

Will passed away peacefully

And came to Paris to walk the streets

She received a letter and a card from Will.

The money in the card was not enough to keep her doing nothing for the rest of her life.

But it was enough to set her free.

Push yourself to break through. Don't get by.

Will wanted Rue to be able to do what she wanted to do.

Does Will really love Lou?

I think it's love, so after using Rue to see the world.

He chooses to leave with dignity.

Choose Xiaolu to fly high to be himself.

Xiao Lu was a light for him.

All he can do is magnify the light

This is also his deepest love.

This article was published by the #author at #Time on the #website name, if in doubt, please contact us.
本文链接：https://www.toomic.com/movie/260.html