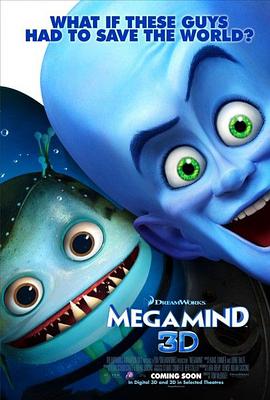 Hello everyone, today I will tell you a story

Raised by a group of prisoners

As a result, he becomes a super villain story

When he was just a baby, his planet was destroyed.

Mom and Dad did everything they could

Just as the ship leaves, his planet is swallowed up by a black hole

During the interstellar flight

Mike saw an alien baby his size in the spaceship, Fatty

The two were sent to Earth together

Fatty fell in a rich family

And Mike with his pet fish accidentally fell into a prison

Mike was taught by the inmates since childhood

However, their escape did not succeed

Instead, he was sent to school

In the school, Mike met again

Fatty, who came from an alien planet with him

Fatty was born with superpowers

And his parents are rich

Naturally, he was welcomed by teachers and classmates

And Mike's blue-skinned brain was not popular at all

He had to go back to prison at night

Alone, he can only make various inventions to comfort himself

By the way, his only good friend, the alien fish, made a robot limb

Gradually, Mike figured out that

Ugly he is destined to become a scorned little villain

That day Mike had enough of everything

He decided to start a new life for himself.

Since then, Mike has become the villain of the city in prison

He invented the camouflage technology

He can hide in any corner of the city

And Fatty became a superhero against Mike.

He became a superhero against Mike.

One day, Mike captured a fan of Fatty, Roxanne, a journalist.

So he rushed to Mike's base

He didn't expect that laser shells had already been deployed here

With a laser shot over

It exploded with a bang

Fatty was nothing but a white skeleton

He became the only alien on Earth.

There was no way for the people of Earth to stop him.

First he took over the White House.

Then he collected all of Earth's priceless treasures.

He moved all the banks into his house.

But within a few days, Mike decided

The world's number one is too lonely

He began to miss the little fat one who stopped him

There is no superhero

Being a bad guy is so meaningless!

One day, Mike disguised as a human and wanted to catch up with Roxanne.

Originally the bomb was ready

But he couldn't bear to hurt Roxanne.

In the middle of the conversation

Can clone a little fat out ah

Then he wouldn't be so bored

In the house where Fatty burped

But Mike is always so unreliable

And he could fly at will.

Mike pretended to be Blackheart's mentor.

He also told him how to defeat himself and protect the world peace.

Mike secretly went to see Roxanne again for a date

The two of them like each other as they chat

He put away the package and wanted to go his separate way with Mike.

When he and Roxanne were about to become lovers

Roxanne couldn't believe she was in love with the Big Bad

He puts on his badass robe and reappears in the world

He wants to be his own bad guy again

Not so much to wreak havoc

He went downtown for a break.

At the end of the day, he was playing with other people's cars

Mike then realized that this is the feeling of lost love

I thought Superman Blackheart would come and fight with him

But this guy is still at home playing games

This is a baffling situation for Mike

This is when Mike knew he had made a big mistake

He decided to kill Mike

To rule the world by himself

He simply can not fight

The crowd thought Blackheart would save the world

But they found out they were wrong

Mike was crippled and went to Roxanne for help

He had to find out Blackheart's weaknesses quickly

Otherwise, the earth will really be destroyed

They went to Fatty's castle together to find clues about superpowers

Unexpectedly, they found out that Fatty was not dead at all

Instead, he had gone into hiding to enjoy his life.

Mike then learned that the so-called superheroes

Even he is worse than a supervillain

In order to save the world

Only he can rely on himself

After Roxanne was captured by Blackheart

Mike could not sit still any longer

At this time, the pet alien fish also came to Mike's side

Mike, who had been appearing as a bad guy bgm

Finally came out with the bgm of Superman

Blackheart picked up the weapon to kill Mike

But, in addition to the high IQ of Mike

There is no super power

Of course, the fight is not Blackheart's opponent

At this point, Mike had a bright idea

He disguised himself as Fatty and stood there

At first, he was so scared that he ran away

However, he looked back

It turned out to be a fake Superman

Since superpowers can be injected into the human body

then it must be able to be sucked out as well

When he wasn't paying attention

In this way, Mike became a superhero in a confusing way

Appearance does not determine a person's inner quality

On the contrary, like Mike does not care about the eyes of others

Free and easy is the most happy and joyful

This article was published by the #author at #Time on the #website name, if in doubt, please contact us.
本文链接：https://www.toomic.com/movie/264.html