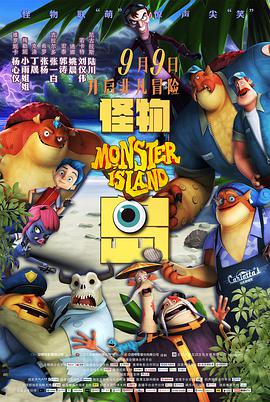 A little boy turns into a huge monster

Since then, there has been a radical change

The boy, Lucas, has always led a quiet life

From the time he was very young, his father gave him a breathing pill

Although he was confused

But he did what his father told him to do

On this day, the goddess of his school wanted to hold a costume party

He wanted to go, but his father wouldn't let him go.

After arriving at school frustrated

He was also bullied by the school bully

So, defiantly, he gave the school bully a hard time during his biology class

By the time he got home at night

He received another invitation from the goddess

So, he sneaked out while his father was asleep

He sneaked out to go to the costume party

The goddess had changed her behavior today.

She was extraordinarily warm to him

She made him close his eyes

Said she had a surprise for him

So, this goddess and the school bully were on the same side

So now he suddenly changed his body

He suddenly turned into a huge orange monster

Scared all the students away

He was also very frightened

At that moment, his father arrived and took him home.

Even the photo of his mother was a P.

And in order to make him feel less angry

He took out a box

Inside was a map of his hometown

Because the monster island is always moving

So this map is equivalent to a GPS

When Lucas heard about it

He was excited to go to the island

So, once again, Lucas secretly took the map

He ran away in a car selling watermelons

In order not to be caught up by his dad

He decisively threw away his phone

Drifted on the sea for a long time by boat

Then fell into the sea

He woke up again

He came to a mysterious island

He encountered a monster

Was scared and ran away immediately

And fell off a cliff

When he woke up again

But by mistake, he came to his father's hometown

There were all kinds of monsters in this town

Lucas asked for directions and went to a store

He met his grandmother.

At the same time, he heard strange noises.

The next day, he woke up and met with Pinky, the clerk in his grandmother's store

Then his grandmother went to the city for a meeting

Leaving the store to them both

These two didn't make a good impression on each other yesterday

So they disliked each other very much

But they soon let go of their differences

Pink showed him around the town

Lucas's father was trying to find him

Seeking help from the big man

Because he had taken too many drugs

Couldn't turn back into a monster

For no apparent reason, he was struck by five thunderbolts

If you don't know, you'll think you're in the robbery

The camera pans back to the town

Because Lucas is a strange face

So the two monster cops are secretly watching Lucas

So they intended to protect Lucas

led him into the grandmother's meeting place

After shaking off the cops

Lucas went to the beach to see the sea

As the sun was setting

They didn't go home to start another round of partying

The two of them went to an abandoned castle to explore

Grandma has been captured

So he came forward

It turned out that the red-haired man was his uncle

Successfully transformed in his youth

So he could only be a human

So he strived to be strong

But one night, Lucas's mother died trying to save him

So he was kicked off the island by Lucas's father

And this became the uncle's obsession to become a monster

He caught a lot of monsters experiment

This time the experimental object pointed to his own mother

Before hearing the end

After such a thrilling chase.

At that moment, his father also suddenly realized his life

He had successfully transformed into a monster

He was rushing to support him

He finally made it back to the town

Called the police for help

But the police didn't believe him at all

And took him back to the police station

The father who came to look for his son came here

The two of them joined forces and arrived at the castle

All the way through

However, the uncle drank a whole bucket of potion

Forcibly turned into a big monster

The father was defeated repeatedly

Lucas saw the situation was not good

He rushed to help

But he couldn't beat him

So, Lucas did the opposite

Finally, the uncle was taken away by the police

Lucas was also with Pinkie Pie

This article was published by the #author at #Time on the #website name, if in doubt, please contact us.
本文链接：https://www.toomic.com/movie/271.html