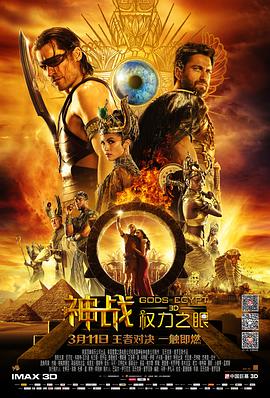 Today I bring you another

The Netflix story of the battle of the gods

The War of Gods: The Eye of Power

In the distant ancient Egypt

The city controlled by the gods ruled the human race

Wen Shao and his girlfriend live in such a place

He is a thief by profession

He has nothing to do

So he roams the streets all day long

They are going to attend a ceremony

A ceremony that will be a national sensation

The drums of war are beating here

Beneath the magnificent statue is the city in all its glory

A city of light underneath the magnificent statues

The people are happy

With happy smiles on their faces

And congratulatory gifts are given

The old gods retired and the new gods were crowned

The Eagle King is about to be crowned today

All the gods came to congratulate him.

Among them were Hathor, the god of love

Neph, the patron god of Saul.

And the wise god Todd.

The crowning ceremony was well underway.

It was Seth, the brother of the old god.

Normally stationed in the desert.

Just when everyone thought he was coming to congratulate him too

But he suddenly killed the old god.

So he didn't want to stay in the desert.

So he set his sights on this city

He was trying to take over the power

The revenge of his father's murder

So recklessly fighting with Sater

He has superhuman eyesight

But Seth was prepared.

The Eagle King was defeated.

Just when everyone thought he was going to lose.

He changed his appearance

Set was also not to be outdone

Also transformed into a dog-headed man

They fought until the sky was dark

Even more, he took off the most precious eyes of the Eagle King

The city was ruled by Seth

For only two years

Not even enough food to eat

Wen Shao naturally became one of the slaves

His girlfriend became the maid of the palace designer

But whenever the master was away

Wen Shao sneaked in to date his girlfriend

This is their little secret

Today, his girlfriend told him a shocking news

He even knew where the designer hid the drawings

He asked Wen Shao to go and steal it

Because only when the Eagle King returns

They can live a good life

But Wen Shao did not refuse the beauty's request

Sethe and Eros were making love to each other

On this side, Wen Shao had already started to act

He dodged layer after layer of organs

He succeeded in stealing the eyes

But when he returned, he was surrounded by layers

It turned out that their secret was known to the designer

Using the glare of the eyes

Wen and his girlfriend ran away frantically

Just when he thought he had escaped death

Suddenly an arrow hit his girlfriend

Now he had to go to the Eagle King

Because the only hope to save his girlfriend is the gods

The tomb where the Eagle King waits to grow old

He had lost his father

And with the people he loved most

There is no longer any hope

But when Wen Shao arrived with his eyes

Then he attacked Wen Shao furiously

Lost his eyes, he could not catch Wen Shao

He had no choice but to compromise

Promised Wen Shao to save his girlfriend

With the Eagle King's call

Anubis, the god of the underworld, appeared

Personally lead his girlfriend to stall for time

And what they have to do

To bring her back to life

With hope they embarked on a journey

The designer reported the incident to Sater

With his eyes restored, the Eagle King gained half of his power.

He transformed himself and went to the sky

Then he transformed into an airship and drove it

And also chased away the void monsters in the process

Those people came from here

The Eagle King saw that his grandfather was so busy

So he took some holy water and left

This holy water is of great use

It can extinguish the Sahara fire.

That is, the source of Seth's power.

Then he can kill Seth to take back the country

At this time, Seth was not idle.

He led his army to conquer.

He also stole the wings of the guardian god

But after all, he was once a god king

So there was no surprise

The pursuers were successfully solved

In fact, the god of love has always loved the Eagle King

She could not bear the pain of longing

She used her divine power to check.

And began to talk to herself

To express her love for him

But to her surprise, Seth overheard her.

The woman she was sleeping with was in love with someone else.

How can he stand it?

But to his surprise, the god of love opened the gates of hell

Seth was furious but could not do anything

On the other hand, the Eagle King's side is more relaxed

Sitting at the ruins nostalgic memories of the past

But before he could reminisce for long.

A second group of pursuers arrived.

The two men fled in haste

On the way, they used a ruse to kill one

But the second could do nothing

In the smoke and dust a beautiful woman appeared

Here comes the goddess of love

Her mesmerizing eyes were able to seduce the snake

So that it burns itself to death

Free from danger, they found the wise god.

The latter wanted to stay out of it

But to his surprise, after two brain teasers by Wen Shao

He was convinced by the wisdom of mortals

So he joined the team

But not far from the door, Seth found him

And took away his wisdom

The holy water was also spilled into the dust

He emerged from the lava

And forged his wings on his back

And with the eyes of the eagle king

The brain of a wise god

And the heart of his brother's rule

He came to find his father.

Five gods in one

Now even the Sun God is no match

He killed his father with his own hands

And took away his power source spear

So the Void Beast was unstoppable

It began to devour the land

And the Eagle King finally arrived

It was a close call

I thought the Eagle King would be no match

But who knew that at this time the Saito big

actually fought an air battle with him.

This is the Eagle King.

I saw him turn around and rip off Seth's wings.

Then he threw him off the tower.

Such a high distance.

Even a god is not immune.

Blood was spilled all over the floor.

Facing the enemy who killed his father

the Eagle King naturally, without pity.

he went straight to the killer.

The reconstruction of the world

He also ascended the throne again.

Became the god of the sky.

He changed the rules of the world.

You do not want to be reincarnated with gold.

Instead, you bring kindness, compassion and generosity.

Isn't this our world?

People are too impatient nowadays.

If there were more kindness and praise

the world would surely become a better place.

For example, now you can praise me for being handsome.

That's all for today's story

This article was published by the #author at #Time on the #website name, if in doubt, please contact us.
本文链接：https://www.toomic.com/movie/283.html