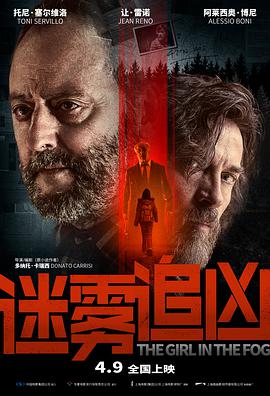 This psychologist was awakened by a phone call in the middle of a night dream.

The doctor rushed to the hospital

to see that the detective had been in a car accident.

The story begins with the detective's recollection of the blood on his body.

The detective is eating in a restaurant.

The newspaper on the table is a missing person notice.

He has some freckles on his face.

The detective goes to Anna Lou's home to ask about the situation.

Hoping to find some useful clues.

To do so, he suggested that Anna Lou's parents use the power of the media to investigate.

Show us the way and light up our journey.

Hoping that God will help them find their daughter.

The detective used the media to attract

The search is in full swing.

Annalou's father used her diary to find the Inspector.

Fake diary to cope with her mother's inspection

into a sensational story.

To attract the attention of the public

to create a story

praying for his safe return.

And the police were keeping an eye on everyone who looked suspicious.

Then a hooded man quietly appeared and took the cat doll.

On the other hand, the fat lawyer is on TV accusing the detective of falsifying evidence and mobilizing the crowd.

Forcing the court to prosecute the innocent.

The detective did not care, he drove to the hooded man who took the cat doll

home to look for clues.

The detective found the hooded man.

The professor comes home from a hike

Heard from his wife about Anna Lou's disappearance

And squeaked and covered his injured hand

During dinner, the professor's daughter

was very upset that they had moved to this mountainous area

Later, at the gas station, the professor

The jeep he was driving was recognized.

It was the same car that appeared when Anna Lou disappeared.

He rushed home in a panic.

The professor called the police.

Hoping that the police would prove his innocence

This was all part of the detective's plan

Outside the professor's house

The professor's house was surrounded by reporters who were rushing in.

In the panic, the fat lawyer picked up the professor

He told the professor that if he wanted to clear his name.

that he could defend him.

And the fat lawyer told the professor

The case describes how the detective

After the fat lawyer helped the financier to prove his innocence

The treasurer received a generous compensation of one million dollars

Angry, she took her daughter and left

The detective met with the professor on a rainy night

He had nothing to say in his defense.

After leaving a message

and left, but the professor's injured hand left a bloodstain on the table

The next day the police officers finally

And the professor shaved off his beard as if nothing had happened.

He continued to come to school.

The detective told the professor in the classroom

The professor's blood was found on Annalou's backpack.

All the evidence pointed to the professor as the suspect.

So he is officially arrested and sent to jail.

He has evidence that proves the professor's innocence.

The short-haired reporter told the detective about the "Misty Man" case from 30 years ago.

There were six missing female victims.

They all had similar characteristics.

Short-haired reporter with freckles on her face.

She wanted the detective to uncover the truth.

She wanted to prove that her suspicions about the "fog man" were correct.

The detective found a picture of a cross.

He went to the place shown in the photo.

He unearthed a video bag wrapped in a black plastic bag.

The detective according to the images in the video tape

He looked at the empty room

And all this was secretly filmed by a reporter

What exactly was recorded on the tape?

After that, the fat lawyer returned to town with the cleared professor.

The fat lawyer made the professor sue the police for slandering him.

The media got compensation for this.

On the other hand, the police department

The young detective and the officers are ready to reopen the "Fog Man" case from 30 years ago.

The detective has been left out of the plan.

On the other side, the blonde reporter was going to make a report based on the real diary given by the detective

The blonde reporter was about to do a story based on the real diary given to Anna Lou.

It's exactly as it was written in Annalou's diary.

The camera goes to the professor's point of view.

Before he was arrested.

He was researching the case of the "destroyer" of the detective's last financial arrest by mistake.

Again, the show highlights the $1 million settlement for the defamed finances.

Next, the professor searched the Internet for the "fog man" case that happened in the town 30 years ago.

After he confirmed that the hooded man was filming Anna Lou.

He deliberately drove into the hooded man's line of sight.

The professor was on his way to Anna Lou.

He kidnapped Annalou under the pretext of looking for a kitten.

The picture of the crucifix in Annalou's diary

The professor also put it there on purpose

The professor had planned all this for a long time.

From the moment he moved into the town

The purpose was to get the compensation money.

The camera goes back to the psychiatrist and the detective.

The detective is talking about how he used the media

The detective is talking about how he uses the media to falsify evidence to achieve his goal of catching criminals.

In his eyes, the process of arresting the suspect is not important.

What he wants is that after the suspect is arrested

He wanted the suspect to be arrested and not be murdered again.

The professor was copying the Misty Man case from 30 years ago.

The victim, Anna Lou, and himself.

The professor had already chosen the victim.

The professor had studied his own method of solving the case.

He wanted to be the second victim to be compensated.

To end his family's life of poverty.

The detective felt like a rainbow-bound fish caught by a psychiatrist.

All prey to the people.

Anna Lou's disappearance is being handled by the police as part of the "Fog Man" case 30 years ago.

And the detective had been excluded.

When it was over.

The detective was taken away by the police.

We can hazard a guess that the detective killed the professor.

The blood stains on his clothes also came from this

The psychiatrist I returned home to look at his sleeping wife.

Then he took out the wooden box hidden deep in the cupboard.

The psychiatrist recalls his heart attack while fishing.

Was dying face to face with him.

It turns into a redheaded woman.

This redheaded woman is his wife.

The whole plot is a flashback.

It is not until the end of the episode that the real killer of the "Misty Man" case 30 years ago is revealed.

And how Anna Lou was killed 30 years later.

As the professor says

The most stupid sin of the devil is vanity.

Everyone in the play seems to have their own selfishness

The professor kills for money.

Lawyers and journalists help the professor for his name.

Including detectives, to prove they are right.

There is no pissing in the whole story.

Every detail is interconnected

It's a film well worth seeing.

The above is the story of this issue

This article was published by the #author at #Time on the #website name, if in doubt, please contact us.
本文链接：https://www.toomic.com/movie/286.html