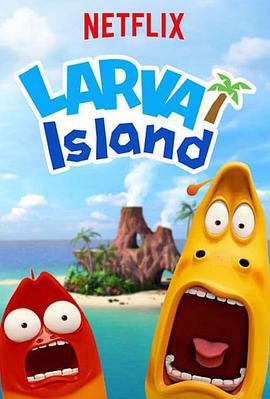 Finally brought his girlfriend back to land

Hello, today I will tell you a story

At the beginning of the film

He is scared half to death in the crowd

For the sake of this little turd

The little turd doesn't even care about his own life

He was about to be trampled to death by a passerby

His mind went back to a few months ago

At that time, Da Mao was stranded on an isolated island

Only two small bugs were spying on his sand carving behavior

The only food he had was a packet of rainbow candy

Unexpectedly, the day the rainbow candy was stolen

The thieves were these two cunning little bugs, Little Red and Little Yellow

Here, Big Hair could not do anything to them

Finally, he could only watch the bugs eat up his rainbow candy

But these two little bugs are also very sad

Red had just finished eating the mushrooms with great pleasure

I think this time is burping after the cold

Just when he was about to faint

He was taken away by a masked worm

And fed him delicious tomatoes

On his way to find Little Red, Little Yellow angered the local bird.

The bird was so greedy

After stroking the bird with his tongue

And even hypnotized this guy

The masked insect accidentally fell into the sea and fell unconscious

When the mask was removed

I never thought that

This is actually a big beautiful insect

Come on, let's take a breath of insect work

As a woman, the masked bug was furious

Thought Red was molesting her

She only wanted to see the little beauty bug again

She wouldn't eat or fart anymore

Later on, at Xiao Huang's suggestion

But but, after all the journey, there was no sign of her

Until he broke into Xiao Mei's house

She was knocked out again

With the help of Xiao Huang

But the straightforward Xiao Mei

Does not know what romance is

She said she wanted to beat up Xiao Hong

Xiao Huang wanted to dance to ease the embarrassment

Jumping, Xiao Huang actually and Xiao Mei also on the eyes of the

The company's main goal is to provide a better solution to the problem.

In fact, it is a small red misunderstanding of the small beauty

Finally they finally alleviate the misunderstanding

Soon after, a pet seal came to the sea

He escaped from human hands

His dolphin voice can give everyone hallucinations

Even Da Mao took him for a mermaid

One night, an alien meteorite flew into the sky

It was about to blow up the island.

Only when it landed did they realize

It was just a small rock robot

A careless crab ate it

Turned into a humanoid robot crab

He wanted to kill the bugs.

To dominate the human race and rule the Earth

But he didn't realize that in front of humans

He was just a small toy

Big Hair used him as a cutting tool

The little robot was reduced to a toy slave

I've never seen such a tragic alien invasion of Earth.

The little robot wailed to the sky and burst into tears

The rest of the day

The bugs and Big Hair began to study how to make food.

Since they couldn't go back to the mainland, they had to have a good life.

Of course, they did not give up to return to the mainland

Yellow wanted to use paper to fold a paper boat

But Big Hair can not go back ah

So they just stay with Big Hair

Life would have been good

This island is actually a volcanic island

The volcano will erupt every so often

This is fatal for the animals

Save all the small animals

And Red gave up the chance to escape

At the critical moment, Big Hair was moved

As the volcano triggered an earthquake

Big Hair also got into trouble

Big Hair felt that he was desperate

Threw the little bugs out of the lava with one hand

have tried to help big hair

Fortunately, there were many coconuts on the island

Big Hair stepped on the coconuts and ran all the way

Finally he was brought to the ark

How to push the ark next?

Yellow's fart was not powerful enough to push it

After eating the poisonous mushrooms

Before he could catch his breath, his stomach started to react

One fart, then another fart

The thrust of the chain of farts was amazing

It directly pushed the ark to the sky

While everyone was overjoyed

Mei chose to ride the bird back to the island

For Mei, the island was her everything

She put on the mask and said goodbye to everyone

Finally returned to the volcanic island

They love each other but can't be together, it's so sad

Everyone was crying out loud

Little bug's tears were drunk by Big Hair as water

And Big Hair's tears were taken as water by the seal

I don't know how long they were floating on the sea

Finally, the ark broke up in the storm.

The young seal drifted back to the seal colony.

They saw their buddies.

And found his true love here

Volcano Island, after the eruption.

After the volcanic eruption, it was alive again.

Everything became the same as before

And Big Hair drifted to the city.

Back to human civilization

But he never saw those two little bugs again

No one knows where they went.

One legend says that they went to the sewers

This article was published by the #author at #Time on the #website name, if in doubt, please contact us.
本文链接：https://www.toomic.com/movie/292.html