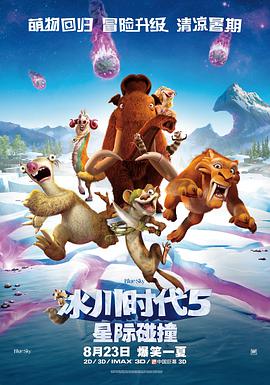 A little squirrel for a nut

Flying from Earth to space in a flying saucer

Accidentally causes the planet to explode

The story of almost destroying the Earth

The story of our strong squirrel brother

Finally got a pine cone of his own

However, before he could eat it, it fell under the ice

The pine cone was accidentally stuck on the steering wheel of the flying saucer.

Can we just let this go?

The little squirrel grabbed the steering wheel and twisted it

The saucer immediately ignited and flew into space

This scared the squirrel.

The saucer accidentally crashed into an asteroid.

The original solar system planets into the current orbit

And so the solar system was born

Seeing the sun so close.

The squirrel was so moved that tears came to his eyes

And then, as the two planets collided.

The little squirrel was grabbing pine cones from the meteorite

One of the biggest meteorites was kicked out by him

The meteorite flew all the way to the Earth

At that moment, the little guy realized that he had made a big trouble

On Earth, Manny and his wife have raised a baby mammoth

And Sid, the single sloth, was going to propose to his girl.

A lavish wedding chapel to sit in

A house full of baby toys

And a tomb for two

But his girlfriend still rejected Sid

Sid that is a sad ah

Crying on the back of Diego the saber-toothed tiger

A more tragic thing has come

Some of the meteorite fragments have reached Earth.

People are starting to realize that it's the end of the world.

Now the only way to hide underground first

To escape the first round of meteorite attacks

On the other side, Barker was still working for the mother dinosaur.

Three dinosaur birds could not beat one weasel

This made the old dinosaur bird father lose face

He told the group

Every million years, the Earth will be hit by a meteorite.

And this time it's going to happen in two days.

To save the world.

They had to figure out why the meteorites were coming.

They soon discovered that these meteorites were actually magnets.

The magnets that had fallen on Earth before.

That attracted the meteorites this time.

And while the squirrels were playing with the flying saucer

The moon was sent to the earth again

The dinosaur bird tried to sneak up on Buck

He was blown up because of the lightning.

In the night, the dinosaur bird was ready to take the risk

They kidnapped Buck while he was sleeping.

Before doing anything, they also forgot to warm up

Although the plan was successful

Dinosaur birds kidnapped the kidnapper is a bit wrong

It turns out that they kidnapped the sloth granny

The old woman thought she had met an angel and was clamoring to be reincarnated immediately.

The next day, Sid didn't see Grandma around

Judging from the bird feathers left behind

And the magnetic meteorite they were looking for was down there.

When the group rushed to the rescue

The old sloth was being massaged by a sturdy rabbit

There is a magical paradise hidden in the meteorite

There are magnetic ores everywhere

The welcome sloth is a beautiful lady

The moment she saw Stinky Sid

When they saw this guy.

They found a dirty, bullshitting alpaca.

This guy is a good yoga practitioner.

And he likes to spit everywhere.

Buck told the alpaca that the world was about to end

You should stop practicing yoga for a while.

If you want to save the world, you can do it yourselves.

Sid is still trying to get a girlfriend even at the end of the world.

But pull out a diamond

Immediately there was a tarot card effect

The alpaca that had lived for 300 years

The next second, it became an old alpaca

The old sloth was disgusted!

Barker saw the volcano in the distance.

Thought of a way to throw the meteorite into space

That is to throw all the meteorite pieces into the volcano

The pressure of the volcano is increasing.

When it explodes, the meteorite will be blown out of the Earth.

The animals got to work.

First, the first step was to block all the other vents on the volcano.

Then, they sent all the magnet crystals to the crater

While everyone was busy working

The squirrels in space

In his flying saucer, he was ready to return to Earth

But he accidentally crashed and accelerated the fall of the meteorite

And the dinosaur bird started to cause a lot of trouble

If this plan is delayed

Then all the animals will die

Even if they grow wings, they will become a burning bird

So in order to survive, the dinosaur bird also joined in the action of moving the magnet crystal

Just as the last crystal was sent into the crater

More and more pieces of the meteorite fell from the sky

Then, the main body of the meteorite was about to enter the atmosphere

At that moment, the magnet crystal began to explode

Just before the meteorite was about to hit the ground

In this way, the little animals saved themselves once again

Sid had to part with his girlfriend again

Instead, the old sloth and the old rabbit become an old couple

Alpaca accidentally gets a spring under a volcano

Because the spring water is rich in the element of magnetism

Even the old sloth is no exception

Squirrel eventually did not return to Earth

Moreover, it also turned Mars into a desert planet

Even the first reptiles that could hardly evolve

He was also destroyed in the cradle

This article was published by the #author at #Time on the #website name, if in doubt, please contact us.
本文链接：https://www.toomic.com/movie/298.html