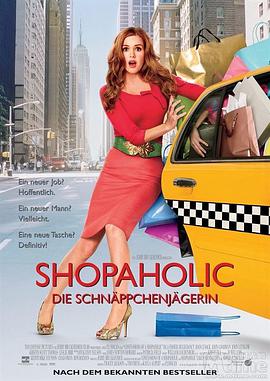 The woman who shops

The man walks by and smiles at her

Do you think she's looking at a cute guy?

Actually, she's looking at the clothes in the window.

It's much better than a cute guy or something.

Lena is a shopaholic.

Whenever there's a luxury sale.

But take your credit card and go for it

Even if you're in line all afternoon

Once the doors of the mall open

After some incentive shopping

She told herself to exercise restraint.

A few credit cards were maxed out.

Before she could take two steps

When she was drawn to a pair of half-price shoes

She put down the shoes in her hand.

The next second, they were snatched away

She immediately regretted it

But no one wanted to let go.

Soon they were fighting.

In the end, it was Lena who came close to winning

Once again, she sat alone.

The spoils of war were piled up around her.

Many of the things she bought were not used

But the cost was 12 credit cards maxed out

Lena did not care about this

Instead, she indulged in the thrill of shopping

When she sees the products in the cupboard

She would get lost in it.

She is the queen of the world

But at the end of each month

She sees the long bill

Lena would calm down

She suspected that someone had stolen her credit card

Why else would there be

So many inexplicable things

But when she saw the autograph on the bill

and realized that the shopaholic was herself

It's not enough for her to overspend

She had to find a new job.

Otherwise, she couldn't even afford the minimum payment for this month

She immediately applied for a job at a fashion magazine

and put in her resume

On her way to the interview

She warned herself not to buy it again

It was hard to eat now.

But that wasn't a reason to stop her from buying it

And the model in the mall came to life.

She kept saying to Lina.

This scarf will make you more beautiful

You have to buy it.

You'll be able to feel confident at the interview

Again, convinced by her inner desire

She took the scarf to the front desk

She took out a few credit cards to settle the bill

But the result is embarrassing

This woman is a die-hard fan of overspending

If she likes something, she just buys it

But this time she had her eye on a green scarf

She took out a dozen credit cards and swiped them

Still not enough to pay

It was the last item on sale.

Lena didn't want to give up.

She ran frantically to the roadside stall

She wanted to exchange the check for some cash

The owner was speechless

He told her to leave and not to disturb the business

But for the sake of the scarf

She even lied that she wanted to buy a scarf

For her grandmother who was sick in hospital

The man in line next to her, Xiao Shuai

had a moment of weakness

directly gave her a banknote

And so Lina bought the scarf

The job had already found the right person

She was disappointed and turned around to leave

At that moment, the receptionist told her

The financial magazine next door was also interviewing

Thinking that she hadn't paid back her credit card

So she decided to go for an interview

But the person who interviewed her

was the man who gave her the money

She took the scarf off her neck

and threw it outside the office

But Xiao Shuai recognized her at once

Although she tried her best to hide it

But the interview process was still very bad

Because Lina knew nothing about finance

The embarrassing part was when the assistant

brought in a scarf and gave it to her

Lina didn't know what to do

The atmosphere was cold to the extreme

She had no choice but to run away

The interview ended in failure

Lina looked at the mountain of bills and worried

In order not to be cut down by her creditors

She wrote a letter of recommendation to Fashion magazine

She sent it to Money Magazine

Xiao Shuai read the letter and was impressed

But she was late for her first day of work

She didn't understand a word of what was said

She's a rookie when it comes to money management

In order to let Lina understand better about money management

Xiaoshuai took her to a financial seminar

Lina was so enthralled

When she got home, she wrote her own article

She used her own shopping experience

She wrote an easy-to-understand article on financial management

The article became an instant hit

The article soon became popular among the general public

While everyone was happy

I was promised to refrain from

The target is crazy shopping

This dress is very expensive

Lina took one look at it

She couldn't move her legs

Gritted her teeth and decided to buy it

She had maxed out 12 credit cards

And she was so intoxicated by the thrill of swiping

She didn't realize the seriousness of the problem

Because Lena's article on money management was a hit

But then a call came from the debt company

Xiao Shuai picked up the phone to answer it

She quickly stopped it

She hung up the phone in a hurry

She lied that the caller

He was harassing her every day

The people at the company didn't think much of it

But Lina was really panicked

I didn't expect my parents, who had been saving money

Because they read her articles on money management

They suddenly let themselves go

Bought an RV that they liked for a long time

Spent all her savings

Now she really wants to cry

The two were invited to a party

By the day of the party

Lina made a joke again

She became the clown of the audience

Xiao Shuai came to comfort her

The atmosphere was perfect

They felt it was time to fall in love

The financial article was a hit

Lina was interviewed by a TV station

On the day of the recording

received a lot of praise

But unexpectedly the debtor suddenly appeared

In front of the national audience

The financial expert who had been in the limelight

Lina has been lying to himself all along

He was very angry

But now Xiao Shuai did not listen

He turned around and left in disappointment

Lost in love and unemployed, Lina

Walking alone on her way home

But she received an offer from a fashion magazine

The head of the magazine hired her

To be the spokesperson of the company

But only at any cost

They called for a shopping spree

Only then did Lina see

That the company she had been thinking about

Because she could not restrain her shopping desire

She had just lost her lover

Now she wants to get more people into the pit

She couldn't do it

And made a bold decision

She held an auction

Selling all her belongings

Seeing the items she once cherished

One by one, they were bought away

At this moment, her heart did not feel unhappy

On the contrary, she was relieved

Lena found herself in a shopping frenzy

Spending so much money

The money from this auction

Let her pay off all her debts

Lena had no debts whatsoever

Walking down the street again

Passing through the window shop

Although she was tempted

But she was no longer driven by the desire to shop

Lena strides past window after window

At her final destination

She found her love again

In fact, in every human heart there lives

Faced with the same financial difficulties

This is a subject that everyone needs to study

This article was published by the #author at #Time on the #website name, if in doubt, please contact us.
本文链接：https://www.toomic.com/movie/299.html