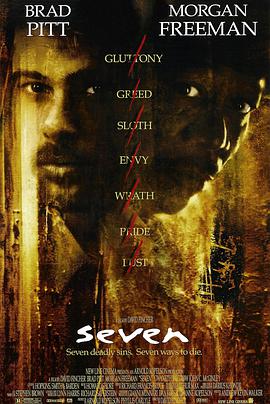 If a person eats for 12 hours straight.

Until you die alive is what kind of experience?

His head was stuck in spaghetti.

His arms and legs were tied up.

The police came on the scene and he was dead.

Also found with bruises on his head

Vomiting in a trash can.

After a forensic examination

his stomach was swollen to 50 pounds.

It was finally concluded that it had burst, causing hemorrhaging and death.

As for the bruises on his head

Someone held a gun to his head.

Forced him to continue eating.

This lasted for almost 12 hours.

Propped him up to death.

Never seen such a brutal technique in a case.

From experience, he felt that the killer should have performed some kind of ritual.

If that was the case, the killer would keep on killing

But he would retire in seven days.

Really didn't want to do that.

There are no clues now.

When the murderer is found, it will take a long time.

The director soon saw what Uncle Black was thinking.

He also gave him a partner, Xiao Bai

But White is a disobedient master

Not only is he hot-tempered

The next day, the director handed Uncle Black a small bottle

Inside was a plastic fragment

Forensics found it in the victim's stomach

Soon found traces under the refrigerator

Using the fragments to compare and it did match

He moved the refrigerator

There was a note at the back

Uncle Black just had some clues on his side

The murderer did it again, the victim was a lawyer

The method is very cruel

Not only did he drain the lawyer's blood

And the glasses on the photo of the lawyer's wife

The murderer also used blood to draw them.

Back at the station, the three of them analyzed the clues

They analyzed the murderer's motive

Uncle Black found the word overeating behind the refrigerator

And Bai found the word greed

They are: overeating, greed, laziness

Now the killer has finished overeating and greed

Then the next five sins

He will continue to kill people

In order to find the killer as soon as possible

When she found out her husband's death

She was crying very hard

But she was scolded by the woman

After she calmed down, she really saw something strange

The picture in the photo was hung upside down

According to the clues, they went to the crime scene again

The painting was taken down, and they found nothing unusual.

But Uncle Black thought that the painting was reversed

Surely we can find clues

Sure enough, they found a clue on the wall with a brush

They rushed to notify the fingerprint collection

The words "Help me" were written on the wall

The next day the fingerprint results finally came out

It pointed to a drug dealer.

They quickly gathered their forces

Surrounded the apartment where the drug dealer was

Inside, the bed was covered with a white cloth

The word "lazy" was written on the wall

FBL removed the white cloth and saw a horrible scene

There was a dead body lying on the bed

But next to it, 365 photos were found

It is the whole process of the man into dry death

A living man was abused to dry death

How sick is this killer?

One of the fbl was trying to reach out to see

He was so scared that he fell to the ground

Uncle Black hurriedly asked his men to contact the ambulance

Three cases are led by the killer's nose

Now there is not even a clue

At that moment, another reporter came up

With a camera and began to take pictures

White is full of anger

To the reporter a bellowing

directly to him out

After the doctor's test

And the reason why he became a dry corpse

The killer injected 36 different drugs into his body every day.

36 different drugs were injected into his body every day.

But still no favorable clues left

Then the murderer before committing the crime

Would he have consulted some relevant books

With the attitude of trying

He asked his previous colleagues to find out

Then he went to find them one by one

They came to an apartment

After knocking on the door for a long time, no one opened it

Then a man came up to them.

When he saw them, he immediately pulled out his gun and shot

Fortunately, the bullet had eyes and missed

The murderer turned around and ran away

Bai was young and strong and chased after him desperately

Bai thought he was dead this time

But the murderer did not die him

It seems that the murderer still has a lot of faith

He felt insulted by this.

He vowed to catch him.

Back to the murderer's house to look for clues

Sure enough, he found a lot of tools here.

And dozens of bottles of drugs

And the dried arm of the corpse.

The killer is really something.

Just the modus operandi have written more than 2000 books

White also found a photo of himself here

This is not the angle of the reporter shot before it

So they have already met with the killer

And forensics in the whole room

Have not found the killer's fingerprints

That is, they still have no clues

Then the phone suddenly rang.

I'm increasingly impressed that you found me so quickly.

Do you know what I'm going to do next?

We just got the killer's voice on tape.

The next day, there was another murder.

The victim was a woman in a nightclub.

The killer forced a man to wear shorts with a sharp knife.

She was tortured to death.

The word "lust" was written on the door.

Now, he had completed four of the seven deadly sins.

On the other hand, FBL received a call.

The murderer blatantly said that he had killed another person

Holding the phone in his right hand, his face was disfigured

The word pride was written on the wall

Call and live or take a sleeping pill and die.

The woman would rather die than comply, so the killer wrote pride.

He decided to catch the murderer and then retire

Just when the two of them were in a hurry

The murderer suddenly appeared in the police station

In order to complete the seven deadly sins

In one week, the man killed five people.

Now there are still two crimes left to be completed

With the blood of the dead man on his body

Bai saw this and quickly arrested him with his gun

Two of the seven crimes were still incomplete

The murderer turned himself in

It's really not that simple

The murderer's lawyer told the crowd

The murderer said that the remaining two people were already dead.

He can take you to find the dead bodies

But only Old Black and White can go with him

They know that the murderer must be guilty

Must go with him

For the safety of the two FBL sent a helicopter

In the car, Blackie asked him

Why do you want to die in this way?

What good can it do to you?

The dead are all guilty people

A woman who knows she's sick and still takes clients.

It's an unforgivable crime

Even if the drug dealer himself is in the Y, he still pulls others into the water

More should not be alive

After listening to these white is very speechless

How can you say that your sinful palm is so helpful

Soon after, the three arrived at their destination

But there were no dead bodies in the plains around here

At that moment, a car appeared in the distance

But I never thought it was just a courier

The boy said someone gave him 5000 yuan

Let him deliver this time on time

Old Black looked at the box on the ground

Gently opened it with a knife

He suddenly understood the purpose of the murderer

Shouted to Bai not to do it

But the distance is too far and Bai did not hear

At that moment, the murderer told the whole plan

He said he was very jealous of Xiaobai

He was jealous of Bai's beautiful wife

He wanted to spend time with her instead of Bai

But she did not agree

So he took a little souvenir from her house

Is it really as he said?

pointing his gun at the murderer's head.

The murderer had arranged everything.

She begged for my life.

And the baby in her belly.

Now it's one body, two lives.

Finally, he couldn't contain his anger.

Fired several shots at the murderer.

It was jealousy and anger.

He used White's wife to complete his jealousy.

White will also be punished for his rage.

Finally, the murderer uses his own life.

This movie can illustrate one point.

Everything in the world is mutually exclusive.

Guilty people have their own legal sanctions

There is no need for a killer.

For the sake of so-called faith

to satisfy their own psychology.

It is good to have faith.

But distorted beliefs should be stopped as soon as possible.

Well, that's the end of the story for today.

This article was published by the #author at #Time on the #website name, if in doubt, please contact us.
本文链接：https://www.toomic.com/movie/303.html