Animation movie "How to Train Your Dragon 2" commentary text Commentary

Animationmovie "How to Train Your Dragon 2" comment ary text commentary 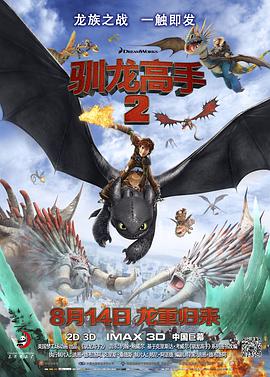 On the wide ocean a bird flies over the sea level

On it sat a man with an iron mask

It does not seem to be a bird

But a black dragon

This dragon can also change gears

The man in the iron mask made a move.

Then his body plunged to the ground with great speed

Fortunately, the dragon caught up in time

There are millions of roads, safety is the first

No matter how good your equipment is, you can't mess around with it.

Toothless looked at Xiao Ka, who was almost in trouble, and made a face.

No matter how small card tease it does not work

And also hung Xiao Ka to the edge of the cliff

He wanted him to experience the extreme sports again.

The helpless little card had to obediently confess to Toothless

Only then was pulled back

Since Burke Village and the dragon got along well

Kouka often took Toothless to explore places outside the village.

On this day, Xiao Ka took his girlfriend Xiao Cui to continue exploring

They found an iceberg

After they got close to the iceberg

They were attacked by the dragon hunters.

Xiao Cui's mount was also shot down by the dragon hunters

In order to save Xiao Cui's mount

They need to complete the target set by Bombshell

Otherwise, they will be punished

And the group of dragon hunters just caught the target

But they were saved by a group of righteous men.

The dragon hunters wanted to capture Toothless and hand him over to Biao.

Toothless shoots flames and shatters the ice spikes high in the sky.

Xiao Ka took the opportunity to save the tied up dragon

Toothless escapes in the car

You can't hold the Night Fury.

Give them to Buster.

Otherwise, Bomber will take them all away!

Hearing the words of the dragon catcher

Depressed, Cass rode Toothless into the sky to vent his frustration.

At that moment, a masked man appeared in the clouds.

Xiao Ka was captured by the masked man

Toothless lost his balance and fell into the ice

Kouka was taken to a cave formed by huge ice spikes

Surrounded by a group of dragons

Thinking that he was captured by the evil dragon tamer Mugatu

Showing off his weapons

Soon after, Toothless was captured as well.

After seeing the scars on Kouka's face

He found out that Cass was his son.

The masked man took off his mask

He identified himself with Cass

Then he took Cass to the dragon's lair

There are many dragons living here.

And they obey the dragon king.

The dragon king spews out ice to form a barrier

Is rescued by the dragon king

When it was time to eat.

I must say that this way of eating is really amazing

Seeing his wife whom he had not seen for years

The excited father had a thousand words to say

But in the end, they all turned into a kiss

The family lived happily in the dragon's lair

But at that moment, the dragon's lair was bombarded by artillery fire

A large number of troops had gathered outside the dragon's lair and were attacking it.

He wanted to take the dragon's lair and control the dragons.

The dragons and the army fought to a standstill

At that moment, the Dragon King Alpha in the dragon's lair

appeared from the iceberg

Under the attack of the dragon king's ice spikes

But Mourning Biao didn't panic at all

He even had a little smile on his face.

He turned his head towards the sea and roared.

He waved his weapon in his hand

The sea was suddenly turbulent.

Then out of the sea came another black Alpha Dragon King

After a number of battles

The Black Dragon King was thrown to the ground

After winning the battle, the Black Dragon King

Roared to the sky and gave off his kingly spirit

All the dragons began to submit to the Black Dragon King

The controlled Toothless turned his head and slowly walked towards Kouka

Under the control of the Black Dragon King

The attack was blocked by the old man who arrived.

The old man who blocked the attack lost his life

But Xiao Ka blamed all the fault

Toothless was to blame!

Xiao Ka was angry and drove Toothless away

Under the control of the black dragon

Mourning Biao took all the dragons in the dragon's lair

Toothless was also ridden away by Mourning Biao

With the dragons gone, Bones launched an attack on Burke Island.

After the cremation, Xiao Ka realized that

Not all people can solve problems in a peaceful way

He wanted to protect Burke Island for his father.

Kouka came with his buddies

But Biao was very smart to perform a

The villain often dies from talking too much storyline

Toothless came to his senses and got rid of his control

He blindfolded Toothless with a cloth and flew towards Mourning Biao

He was ready to finish off Mourning Biao first.

Frozen to the ground

The frozen Toothless, in order to protect Xiao Ka

With the same domineering power as the Dragon King

The two dragons began to fight for control of the dragon.

The dragons began to submit to Toothless

He became the new dragon king

All the dragons submitted to Toothless

This article was published by the #author at #Time on the #website name, if in doubt, please contact us.
本文链接：https://www.toomic.com/movie/309.html