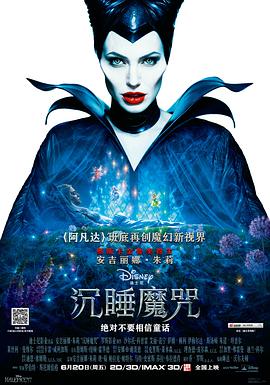 In this issue, we introduce to you

Sleepy Hollow 1, which is based on the fairy tale "Sleeping Beauty".

She is gentle and kind with the face of an angel

She is in charge of a forest

She grows up carefree in the company of natural creatures

Until one day she meets a young human boy, Stephen.

Marlene, who had never seen a human before, soon became friends with Stephen

They grew up together and fell in love.

The king wanted to annex the Enchanted Forest

He led his soldiers to attack but kept failing

The king decreed that whoever could kill Marlene would be the next king.

One night, while Marlene Faison was sleeping, he tried to kill Marlene.

He stole Marlene's wings and gave them to the king.

When Marlene woke up, she was devastated.

Soon after, Stephen married his bride.

And had a lovely daughter.

As the nation celebrated, Marlene Faison put a curse on the princess.

On her 16th birthday

Unless she received true love's kiss.

The king ordered the nation to burn all the spinning wheels

and gave the princess to three elves to raise

The elves took the princess into hiding in the forest

They would bring her back after her 16th birthday.

In order to take care of the princess, the three elves

The elves are big-headed

All they do is play by themselves and don't take care of children.

often sneak to take care of the princess

And sent crows to put the princess to sleep

Marlene finally could not resist the princess' softness

Her heart gradually melted with the princess

The princess grew up healthy

She called Marlene her fairy godmother.

Marlene told her story to the princess

In the company of the princess, Marlene regretted it.

Marlene began to try to break the curse but she failed.

The princess grew up as expected.

And the curse came gradually.

The princess wanted to move to the enchanted forest to be with Marlene.

When the elves found out

couldn't help but tell the princess about the curse

The princess is devastated and goes to confront Marlene

Marlene told the princess the truth

Feeling cheated, the princess ran back to the palace.

Her 16th birthday came as planned and so did the curse.

Surprisingly, the prince did not kiss the princess awake

Marlene regretted what she had done

Finally Marlene kissed the princess to wake her up

Marlene escaped from the palace with the princess

On the way, she was caught by the ambush guards

In the process of resistance, Marlene tried to protect the princess

The princess found Marlene's wings on her way to escape

With the help of the princess Marlene regained her wings

Breaking out of the king's siege

Marlene took the princess back to the forest

And passed the throne to the princess

This movie is a Disney company

Based on the fairy tale "Sleeping Beauty"

All true love is baptized through the years

All true love is a day by day relationship

Although Marlene and the princess are not related by blood

But in the growth of the princess

Marlene has been paying attention to the princess in silence

In the end, she was able to gain

No one is born evil.

Elves are the same

This article was published by the #author at #Time on the #website name, if in doubt, please contact us.
本文链接：https://www.toomic.com/movie/310.html