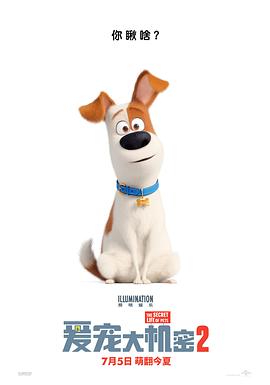 Hello everyone, today I will tell you a story

Putting on the superhero suit made by his master

He wants to become a superhero to save the world.

Back then, the one who pretended to be miserable and sold pity

Took down the boss of the viper

Took in a crocodile as a little brother

The little white rabbit who led the stray pet gang

Now he has become a good rabbit for his master

His life now is

He gets up and has his teeth brushed by his master

He can also watch TV with his master while eating radishes

Because his master likes superheroes

Under the influence of his master, the little white rabbit

Also gradually want to save the world

But after the master went to school

He would become very bored

The rabbit jumped on the fence wearing his Superman suit

Even if he couldn't save the world

Then he would change the world

The neighbor, the yellow dog, was still laughing at Hare and daydreaming again

So, Rabbit showed the yellow dog the Chinese kung fu he had recently practiced

He was so proud of himself

Not only does he want to practice martial arts

Look at this 4 kg dumbbell

Easily thrown to the ground without moving

At that moment, a little dog named Daisy

came to the white rabbit to help

The rabbit was so excited

super rabbit suit that was so awesome

Stuffed into the little hairy legs

Leaving out the little ball of fur tail

Thinking that soon he could save the world in the dark

And find a little white rabbit girlfriend or something

And a little bit excited about it

The rabbit took the carrot and started to go

Poor him by the head of the acrobatic troupe Lao Wang

used as a tool to make money

Without saying a word, Hare took the first order

Coming to the circus

The old king is forcing the tiger to dive

The tiger was scared to death of heights and water.

There was a group of vicious dogs watching over him

While no one was around

And the dogs next to him sensed something was wrong

In fact, she was very powerful.

Rabbit grabbed the wooden hammer on the ground

Tried to rescue the tiger cub

But he was still too weak.

A vicious dog on the rabbit

The promised to deal with the vicious dog

Now he can only run away

Daisy had to come to his rescue

In this way, Daisy beat down a group of vicious dogs

It's true that dogs are not what they seem

He only knows how to tear things down.

Their biggest problem now is how to relocate Tiger Cub

After all, such a big pet

No human would want to keep it

The two youngsters brought the tiger cub to

He likes to take in homeless stray animals

The clever little rabbit told him

There is a poor little kitten

Big Nose was sorry when he saw it

This is not a kitten

It is obviously a big cat

But looking at his cute and adorable appearance

The vicious dogs in order to regain their master's favor

They have to make up for their sins

The other puppies were stunned.

And then the dogs came to the door.

This time the dogs were not chained.

This time the dogs were not chained and their fighting power had been upgraded.

Daisy still provoked the dogs when she ran away

His favorite thing is to play dueling

Outside the window, Big Nose came knocking with Tiger Cub

He can't afford to keep this two-ha

The tiger cub then took the rabbit as his big brother

The first thing he did was to take up Rabbit's bed

Although it can only fit one ass

But it was still comfortable

They hoped he would come out to help them fight off the vicious dogs.

Yellow was brave enough to be the first one to go out.

He was scared back by the dogs before they could start fighting.

Hare tried to escape from the rooftop with the group

But the black monkey was here to guard

Without saying a word, he beat Rabbit to death

Fortunately, no one can see now

About to be taken back to the circus

Even Daisy was arrested

The three little ones sat on the toy car

Speeding up the Haro next to them

The kittens next door also received the signal

The kittens petitioned together

Under the leadership of the owner

They drove their Lamborghini to kill them

Little rabbit because of short legs

Almost did not jump on the train

By the time they caught up with the train

Daisy had been placed in a cannonball

The rabbit was immediately possessed by Superman.

He caught the little darts from the black monkey and shot him to death.

The rabbit finally started to explode his own little universe

Immediately, he knocked Little Monkey to the ground

But the stick in Little Monkey's hand was still a trap

Since they were evenly matched

Let's see who can't hold on and fall down first

Finally, with the help of Daisy

finally launched the black monkey into the sky

On this side, the old king tried to escape with the tiger cub

However, he was accidentally hit by the Lamborghini

The car opened the window and we realized

So the old lady was asleep all along

The next day, the pet street was calm again

He became a good cat in the old lady's house

And the little rabbit who was tired all night

When he woke up, he had changed his appearance again

This article was published by the #author at #Time on the #website name, if in doubt, please contact us.
本文链接：https://www.toomic.com/movie/316.html