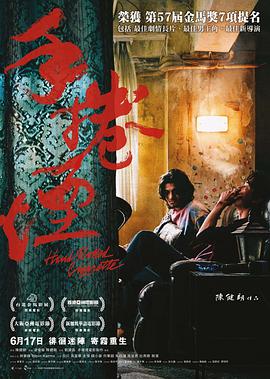 The little bald guy who smuggles money is hung up by the gangster boss.

The reason is simple

bear the risk of transport

This people can agree?

As a middleman, Chao can only come over to help negotiate

After all, this is someone else's territory.

Chao advised the little bald man to give up

Big brother wants three times the deposit compensation, then give it.

After all, a good man does not eat the loss in front of him

A Chao efforts to save the people.

The ending is also predictable.

Although A Chao tried to save the life of the little bald man.

But still the black boss with the turtle shell.

Snapped the shiny bald head is a knock.

Now we must leave this gangster's lair.

Hong Kong before the incident.

After the 1997 handover, the British left.

Ah Chao was dumped on the land of Hong Kong, China.

After his discharge from the army, he led a life of misery.

Had to work as a middleman in the triads.

Earning a little commission to barely make ends meet like this

Today he hooked up a business of smuggling money turtles

Little Baldy happens to be a professional turtle smuggler

And look, this turtle is great!

Chao was also very kind to give Tai a price cut

But Tai refused to give

This makes Ah Chao very helpless after all, he is the boss

It is impossible to steal from his pocket, right?

Where does Chao live?

Put the cleanliness on the public screen

When he got home, Little Baldy was waiting for him early

Chao also said that Baldy's price was too high

As the saying goes, no business is unscrupulous I offer a high price he can bargain well

He did not return it, then I can not blame me for earning more

Little baldy is not stingy when the deal is done

Let's look at another important character in this movie

It's a day when Kenda's strange eggs get hurt

Vinnie had a little brother.

Chao's life is not easy

The crane machine business he invested in also failed

The commission he earned went into Uncle Buddha's pocket

He gave Chao an ultimatum

The money must be paid back within two weeks

Otherwise, don't blame him for not being polite

But his former comrade was barely making ends meet

How can he get a million dollars out of your mouth?

Wah said to help him ask some other brothers

Once the words came out, Chao's face changed

Because there was a change many years ago

In the busy bazaar

This idea was cousin Cappy's idea

Vinnie thought it was bad

Why involve an innocent child?

Cappy didn't think it was necessary to get involved in such trivial matters.

There's no money to be made in a small operation like this.

He was ready to do something big.

The next day, when Vinnie went to pick up the goods at his usual place.

He was shocked by the bag full of drugs in front of him.

Apparently, Cappy had taken the goods from a major drug dealer.

But he couldn't get through, so it must be something serious.

Who did the goods belong to?

It's Tai, who bought the money turtles.

Vinnie took a look downstairs and the situation was not good.

He told his brother to hide at home alone

He was ready to take the goods and run away

But Hot Chicken is very sharp-eyed.

So a chase began

Vinnie ran away and entered the apartment building where Chao was

At that moment, our Chao just opened the door to throw the garbage

This gave Vinnie a chance to survive

They saw the figure turn into the area

So they knocked on Chao's door

Chao can only let them into the house to search

At this time, Manny was hiding in the cluttered room

As soon as he left, Manny made a noise when he touched something beside him.

A Chao caught him in the act

He was in debt and the money came to him.

Manny now also has no other choice

But he still kept an eye out

He didn't say that he had the drugs.

Instead, he secretly hid the goods somewhere in the room

As soon as Chao went out at dawn

Vinnie finally took the drugs out of the crane machine

Then he hid it in a more secret crane machine

On a rainy day, Chao went to see his deceased comrade Arden

Some sadness and despair

Afterwards, he would patronize Arden's wife's massage parlor as usual

The relationship between the two is also very subtle

There is nothing that can't be extracted under torture.

It was only a matter of time before Cappy, who was in hiding, was caught.

The two fallen people are enjoying the afternoon comfortably

Chao would always take some tobacco from his blue metal box

and make hand-rolled cigarettes to smoke

At that moment, Manny received a call from the school

His brother was fighting at school again.

If no one goes to school, his brother will be expelled from school

So Chao had to reluctantly go to the school to run

Finally Chao can only come to some hard

Only then the boy confessed to the teacher

In fact, the most important thing

is whether you are afraid of him

But the teacher does not seem very satisfied

Chao thinks that you will only make the relationship worse

But in the isolated environment of a child's mind

I hope she can help look after him for two days.

But Chao, as the one who owes the child

One after another, the eyes between the two people have become full of deep meaning

Unfortunately, Cappy was caught with the drugs.

From this point on, the plot took a sharp turn

Everything will be over and he will get his $1 million.

But another difficult event disrupts his plans

The gangster Tai called and asked Chao to go there

He came to this tiger's den

The first thing he sees is Vinny's cousin Cappy, who was killed.

Then there is the little bald turtle who was hung up

Then came the scene at the beginning of the video

The fortune teller said I have a bloodbath this year

Fortunately, the two collusion was not discovered by Tai

Chao also picked up a life

Now that the man is dead and the deposit is gone, Tai is very angry

So it's fair to deduct Chao's commission

Not willing to lose any money

Faced with such a madman Chao panic ah

He went home and kicked Manny out

He would be dead for sure

Faced with such a situation he thought of his comrades

But obviously, except for Wah

Several other brothers hate him to the bone

Even if Chao died in the street today

They will definitely see the death will not save

So why would the former comrades in need become such a mess?

This also goes back to the Asian financial crisis

With the encouragement of Chao

Arden, who had borrowed from loan sharks to speculate in the stock market, lost all his money.

So Arden jumped to his death

If it wasn't for him, Arden wouldn't have thought about getting rich from stock trading

And would not have ended up in such a situation

So the brothers broke up with Chao

Vinnie said he had left something in his room

Chao opened the door for him

Now he realized that the eight kilograms of drugs had been in his house.

Chao couldn't contain his anger and threw Vinnie to the ground

These are two pathetic people

One was being hunted by the mob and the other was carrying millions of dollars in debt.

After he calmed down, Chao told Vinnie about Cappy's death.

But they are experiencing the darkest moment of their lives together

So two people in trouble choose to support each other

The rest of the money he wanted to give to Manny

But the teenager didn't want the black money

Manny needed to go into hiding for a while.

His brother, Chao, will always help take care of it

But reality is sometimes cruel

Then the hot chicken who has been watching here was caught

During the questioning, the familiar blue box rolled to the ground

The answer was always with him

Tai was not the only one who wanted to find Chao

Little Baldy had been missing for some time, and his brother was looking for Chao.

Just when he didn't know how to explain

The drug story had been exposed and Vinny had been arrested.

After hanging up the phone, he wanted to make up for his brother Seng.

But when they put the gun on the table

Chao had another plan to save his life

Brother Sheng wants to find Little Baldy, then take them together to see Brother Tai

The car slowly drove into the drug dealer's lair

Not far away, Vinny was hanging in mid-air

The three men soon faced off with Tai

The ruthless gangster himself would not let Chao off easily

Who is Tai? He wants to ask me for people and money

What are you thinking?

But sorry, he came prepared

The gangster has not a gun

He was killed by Sang's small hand.

Finally, it is even more despicable to use the little brother of hot chicken as a shield

The fortune-teller said that I have a bloodbath

This is going to take me to start

In the end, it is also amazing that Chao could fight so well

All of the boys were beaten up

Fighting is really a physical job

At this point, Chao had no more strength

Facing Tai who beat Manny with a crowbar

Chao could not do anything anymore

And guess what, our hot chicken brother has not yet died

Before he dies, he has to kill this thing that has no sense of righteousness

Then left a message and left the scene

You only know how to fight your own people

To the death, but not to life

Two people were lucky to survive

At the end of the film, at the behest of Chao

Vinnie gave an envelope to his comrades

Inside was a message about Chao's self-redemption

Ah Chao actually paid it all off.

Maybe he let go of the past.

Perhaps he will suffer the death of his comrade for the rest of his life.

There are some sufferings and sins we must bear.

Perhaps this is the meaning of human existence.

There's a lot to say in the movie, but I can't explain it well.

I hope the audience will forgive me.

That's it for "Hand Rolling Smoke".

See you in the next movie!

This article was published by the #author at #Time on the #website name, if in doubt, please contact us.
本文链接：https://www.toomic.com/movie/323.html