Horror film "The Eye of the Underworld" commentary text 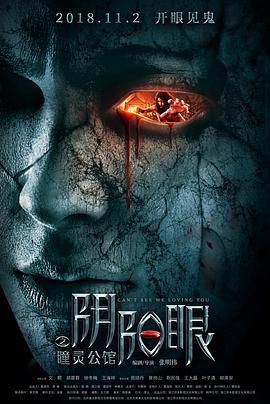 Her name is Yi Yi, a beautiful and gentle woman, but in an accident in middle school blind, however, this is only the beginning of misfortune.

Her husband likes domestic violence and she is scarred all over.

This day is a new beginning of her life, a for the deceased donated her corneas to her, she can finally see again, aside from her best friend Shanshan, also recorded this important moment for her.

At that moment, the nurse came in and informed her to go to the attending doctor, Dr. Li, to remove the stitches immediately. The moment she opened her eyes, a man appeared in her sight, and this handsome man was none other than Dr. Li.

After half a year of dating, she and Dr. Li became a couple, and they were very much in love after the marriage, but she often had nightmares at night.

This day she was awakened by nightmares again, came downstairs to turn on the radio, sat on the sofa and began to write, but suddenly the radio but automatically skipped the station, she thought it was Dr. Li to change the station, so she shouted a few times, but no one responded to her, she went up and turned off the radio.

She turned around and the sound of the radio came from behind her, followed by a blurry ghostly figure in front of her, so she hurriedly covered her eyes with her hands and shouted.

The next day, Dr. Li took her to the hospital to check her eyes and told her that it was a rejection reaction after the corneal surgery and that she needed to stay in the hospital for some time for observation. Dr. Li also prepared two pairs of glasses for her and helped her to the corridor.

Suddenly two children ran towards her, so she turned around and avoided them, but when she looked back again there was no one there, was it just an illusion?

At night she was lying in bed, confused and saw a ghostly figure lunging at her. After waking up, she touched her hair and found that she had lost a lot of it.

The next day, Dr. Li examined her again and concluded that she was just suffering from hair loss caused by mental stress.

Instead, she thought it was not hair loss, but someone had shaved it for him, and talked about her ex-husband, Xu Wall, to which Dr. Li listened with a look of displeasure. She told Dr. Li that back then, because he was blind, her ex-husband Xu Qiang often committed domestic violence against her. One day, a classmate, Ah Ming, came to see him.

Ah Ming told Yi her that there was a classmate party soon and wanted her to attend it, but she refused because she was worried that Xu wall would not agree. At this time Xu wall came home from work and saw strange men who thought she was cheating on him, so he pushed her to the ground and pulled Aming out of the room.

The police later told her that Ah Ming was killed by Xu wall, who was sentenced to life imprisonment, ending their marriage.

The ghostly figure she saw in her nightmare was supposed to be Ah Ming. Dr. Li, on the other hand, said that the legendary ghost shaved his head much like it was marked to facilitate revenge, scaring her heart.

Dr. Li knew that he had scared Yi Yi and immediately comforted him.

Shortly after, Dr. Li took her home from the hospital and just got off the bus when she saw another ghostly figure, just in time to be seen by her best friend who came to visit her and was startled. However, at lunchtime, she again saw a ghostly figure next to a seat, which now scared Shanshan and Dr. Li.

Awakened by the crowd came to the living room, she told about, she often had that dream, he dreamed that she walked back and forth in the room, when she came to the bedroom, she saw herself sleeping on the bed, next to a smoking figure standing next to the bed, and doing the wipe the neck action.

When she finished talking about all this, suddenly behind the sofa, the ghostly figure appeared again, scaring her to scream loudly, and aside Shanshan and Dr. Li, also really scared.

The next day, Dr. Lee found the master ghost hunter Zhu Liangchen and others, and when everything was ready, they picked up the tools and began to detect. When getting her to the bedroom door, an alarm sounded, and then entered the bedroom.

With a special camera began to look, and soon found her next to the ghostly figure startled, turned to call out to his companions to call Master Zhao for help. Not long after, Master Zhao came into the house on the gods.

This article was published by the #author at #Time on the #website name, if in doubt, please contact us.
本文链接：https://www.toomic.com/movie/336.html