Plot "The Eraser in my head" movie commentary copy

Plot "The Eraser in my head" movie commentary copy 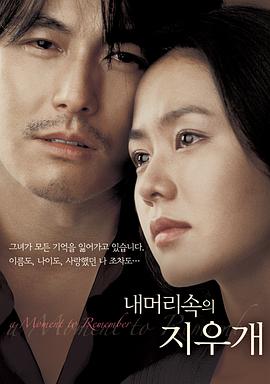 How forgetful is this woman?

After paying for the coke, she forgot to take

Almost bumped into a guy on the way back.

Look at the empty counter.

Look at the Coke in the man's hand.

She grabs it straight away and drinks it down.

Gives the man a downward spiral.

Then leaves in style.

Didn't get very far when she realized she forgot her purse.

She ran back to the convenience store.

The clerk took out her wallet and Coke straight away.

The woman then realized

Her name is Soo-jin.

A good rich girl doesn't do it.

Determined to elope with a scum.

She waited for a long time at the station.

The scumboy didn't show up.

Back to the office

Because of the elopement with the married boyfriend.

Everyone was pointing fingers at him.

Father found out and didn't blame her.

Took her out to see the sights.

He didn't expect to go directly to his family's construction site.

Soo-jin is waiting for her father in the car.

At that moment a man full of equipment came over

Soo-jin looks at the man

Isn't this the handsome man she wrongly accused that night?

It turns out that he works at her father's construction site

The next day there was a problem with the company's renovation

Father arranged a worker to help her solve the problem

Su-jin and the leader went to meet

But when the elevator door opened

The handsome man came out

Su-jin was surprised to see the man

Remembering the scene at the convenience store

Soo-jin ran away in embarrassment

The man's name was Xiao Shuai. He was unruly.

His body smells of danger

Su-jin begins to have a crush on him

And Shuai obviously remembered her too

Su-jin thought he was going to drive

But Shuai opened the Coke

He drank it straight down

And then gave her a big gift back

Thinking back to what just happened

She was robbed by a biker

And all this was seen by Xiao Shuai

So he opened the car door

Although he helped Su-jin get her bag back

But the door of the car was gone

The windshield was also broken

He smashed the windshield directly

Because there is no seat belt

Then he drove her home in the convertible

The breeze brushed her skirt

I can't believe this man is still a decent man

Because the wind was too strong

He put on a welding mask for Xiuzhen

The next day Xiu Zhen dressed up carefully

Then she went to the construction site to find Xiaoshuai

The moment she saw Xiaoshuai

She turned around and ran away shyly

At night, Xiuzhen took her girlfriends to embolden herself

And Xiao Shuai had a chance encounter

Said as long as you drink it

This is the most romantic way I've ever seen to confess

"If you drink it, we'll be together.

Xiu Zhen drank all the wine

It's true that men who take the initiative are more attractive

With a girlfriend Xiao Shuai also pay attention to the image

They go shopping together.

They play baseball together

Talking about what's on their mind

When Soo-jin asked about Shuai's family

Shuai said he was an orphan

He was raised by the old man in the temple

Xiu Zhen was like a princess living in a fairy tale

With the nourishment of love

The father knew that his daughter was in love.

He wanted to meet this boy

He said he was not good enough for Su-jin

Meeting him now will definitely hurt their relationship

On the day of the exam

Soo-jin made him the most appropriate suit by hand

Xiaoshuai's efforts were not in vain

He passed the exam once and for all

At the meeting with his parents

The father saw that he was a construction worker under him

He was very disgusted

Xiao Shuai is not capable of

to give his daughter happiness

So he fired Xiaoshuai on the spot

Looking at the tense atmosphere

She went to the bathroom

But when she came back, she forgot why she was here

Suddenly there is a commotion outside the restaurant

Soo-jin faints in the heavy rain

Shuai picks up Su-jin and rushes her to the hospital

This scene was seen by his father

To the hospital doctor said

Xiao Mei's psychological pressure is too much to be stimulated again

After her daughter woke up, she hugged Xiaoshuai tightly

The father looked at the two who were inseparable

Soon after they entered the marriage hall

After Xiaoshuai got the architect's license

father-in-law also helped him in his career

Introduced to a rich businessman

From the field exploration of the project

design to the model

Su-jin was very happy when she found out

She was proud of her husband's success

Just when things were looking up

Soo-jin's forgetfulness was getting worse and worse

One day when she walked to her home

But she wondered if it was her home

When she inserted the key inside

Luckily, she was in the right place

Then she looked at the kitchen inside the house

Why was it so strange again?

At that moment, her husband came out behind her

The kitchen was transformed into a new one

They were looking forward to the future

The children could run around without any worries

But Soo-jin's forgetfulness was getting worse and worse.

She forgot all the questions the doctor had just asked her

She was diagnosed with Alzheimer's disease.

As time goes by, she forgets everyone.

Soo-jin walks down the street crying in pain

Her hard-won happiness could be lost at any moment

She pretends that nothing is wrong

But behind the scenes, she cries in secret

In order to spend the rest of her life

To spend more time with Shuai

She resigned from her job

She lied and said she wanted to be a housewife

His colleagues all praised him for finding a good wife

When he opened the lunch box and found

It was all the same white rice

Only then did Shuai notice something was different

The doctor told her

Her memory would fade gradually

Until she forgot everyone

Her husband also noticed the abnormality at that time

He rushed to the doctor

The doctor told him the truth

Shuai looked for Soo-jin on the street

Soo-jin was lost in the street

When the police sent her back

She ran into her scum ex-boyfriend

She took his hand

She remembers how they fell in love

When she suddenly remembered Xiao Shuai

Only then did she realize that she was wrong

The aggravation of her illness makes Soo-jin very distressed

She went to the baseball stadium

She wanted to find the memories of the past

By the time Shuai came to her

Soo-jin knew that her husband had understood everything

She told Shuai that she had an eraser in her mind

She was slowly erasing her memories

She didn't want to drag Shuai down

She planned to leave alone

No matter what happens

He will always be by Xiuzhen's side

Xiaoshuai labeled all the items in the house

He reminisced with her

Because of all the things Shuai did to slow down

Soo-jin began to lose control of her body

She became incontinent in front of her family

Xiaoshuai rushed up and tore off her clothes

Crying and wiping her body

Even she had forgotten about Shuai

Saying I love you to Shuai

But the name of her ex-boyfriend was on her lips

Although Xiaoshuai's heart was torn

But he still responded with a smile

He walked out the door and was heartbroken

The doctor told him that people with this disease

She has forgotten you now

Only the memory of her ex-boyfriend remains

Soo-jin looked at their wedding photo

And her husband's kit

She remembers what happened this morning

She didn't want to let Shuai get hurt again

The only way is to leave him

It was already dark when Shuai arrived home.

Xiu Zhen left only a letter.

While she was still awake.

Write it down quickly in messy handwriting.

I only love you.

Frantically looking around for Su-jin

He received a letter.

It was from the hospital.

But at the time of meeting

He was in Soo-jin's eyes

He wanted to try again.

He took Xiu Zhen to the convenience store where they first met.

Go to the place where their memories are most vivid.

It can briefly recall the departed memories.

He asks Soo-jin do you remember this place?

Are these people familiar?

It turns out that everyone here

are played by Soo-jin's relatives.

Keeps erasing the memories in the mind.

But when we love each other enough

I'm not afraid of anything.

This article was published by the #author at #Time on the #website name, if in doubt, please contact us.
本文链接：https://www.toomic.com/movie/356.html