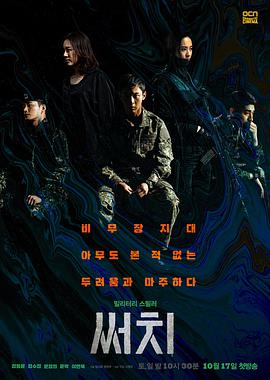 Has anyone ever seen such a tough zombie?

Under the full force of two soldiers shooting

He didn't suffer a single injury

Two soldiers rushed to catch up with him

In an instant, he climbed up the tree and disappeared

The soldiers were still amazed when

Suddenly there was movement behind them

It turned out to be the teammates arrived

Dongjin was about to report the situation.

This zombie jumped down from the tree

The soldier jumped from the tree and knocked down a man.

But in a blink of an eye

The zombie ran out of sight

They didn't expect them to be so tough

After calming down a little

Hurry towards the direction of its disappearance to chase

But soon the team lost the target

The other party just like disappearing into thin air

Disappeared without a trace

Not even a trace of blood was found along the way

Since this is a border area.

The vice captain suggested that we abandon the search

It is likely to encounter North Korean patrols

The captain had no choice.

He had no choice but to order a retreat.

On the way back, Dong-jin was still in the lead.

He soon came to an abandoned building.

There were a few dead chickens at the door

Such a desolate enemy place

The chickens could not have come here on their own

Dongjin wanted to go in and poke around.

But then he remembered that the captain had instructed

Not to act without permission

The first operation of the special task force

And so it ended in failure.

The men returned to camp with their heads down.

Since Yilin had joined the operation only halfway through the day

Now we have the opportunity to report to you

The latest information about the target.

The security footage from the chemical defense lab

The surveillance footage from the chemical lab recorded Private Wu, who died in Area 21.

He came back to life for no apparent reason.

He has the same cellular mutation

The target's cell mutation is the same

Judging from his movements and appearance

Obviously can no longer be considered human

And the bullets have very limited damage to them

But Captain Hogui did not want to extend the

the impact of this operation

Since Ye-rim had no way

Prove that the target is a monster

Everyone just needs to treat him as

But Dong-jin has a lot of say in the matter

He had fought the target head on

Seeing that the captain still didn't believe the monster story

He said he wanted to draw the face of the target

The captain had nothing to say at this point.

He could only tell everyone to be alert

And prepare for the upcoming second operation

Dongzhen has been taking care of military dogs for years.

He knew some simple treatments

But Ye-rim was always a bit resistant

He didn't want a veterinarian to see him

Ye-rim's stubborn character is still the same as before

she got tired of talking to him

and finally left in a sulk

Of course, this is just a small episode of the soldiers'

this is just a small episode of the soldiers' leisure time

Everyone in the team

In fact, everyone in the team was worried about killing the target of the mission

The captain put his pistol on his pillow to sleep peacefully

Dongjin had also drawn a portrait of the monster by now

And Ye-rim was also tossing and turning, unable to sleep

His mind kept going back to the daytime encounter

The mystery man came and went like the wind

It was hard to hit the back of his head, his only weakness

But a thoughtless remark from the other side reminded Yilin

Since the virus in the mystery man's body

belonged to a variant of rabies

for the weakness of the rabies virus?

Yelin came up with his idea

to take advantage of the rabies virus' fear of water

to develop a plan of action

The comrades next to him thought

since the target was so powerful

it's better to ask for support and send more people

Without hesitation, he chose Yilin's suggestion

And developed a well thought out plan for this

They came to a pool of water

Everyone stood at the shore with their guns on alert

But how does the prey get itself hooked?

The Korean soldier was wandering around in the woods

Suddenly, he saw a mysterious black figure standing not far away.

The soldier quickly ran towards the distance

The mysterious man followed him

Quickly moving through the woods

So the soldier was just a decoy

In order to lead the mystery man

He quickly ran to the edge of the cliff

Put a rope around his body and leap

The whole person suddenly hanging on the cliff

But the mystery man behind him could not stop in time

Instantly fell into the pool of water under the cliff

When the gunfire stopped

The water surface is calm

The crowd looked around nervously

Suddenly a black shadow emerged from the surface of the water

Quickly climbed to the cliff

The team members broke out in a cold sweat

I did not expect the mission to fail again

After such an experience

But in order to complete the mission in a low profile

He had to play it cool again

He reassured the team that the other side was just

There was no such thing as a monster.

But there were still two people in the team who knew what they were doing.

we can't make a conclusion yet

we have to catch it first to confirm

Dong-jin was a bit confused after hearing that

he always thought that Ye-rim

came here to save himself

But he thought that he had been mistaken.

he came here to study the mystery man

he looked at the man in front of him

but Dong-jin, who lost face here

he soon returned to the game

Ye-rim just came out of the village clinic

she saw Dong-jin surrounded by girls outside

you've conquered all the girls in this area so quickly?

she even used her position as a lieutenant to tell Dongjin

Don't get too close to civilians in times of war.

but before she got back to the camp

Yerin got hit in the face

the villagers saw the two of them

and her daughter were familiar with each other

so she invited them

Finally came to the banquet hall

Forgetting the rule of not getting too close to the villagers

Halfway through the party

Dong-jin was invited to sing on stage

Dong-jin sang it to Ye-rim specially

This made the latter feel uncomfortable

So he walked out of the banquet hall alone

She had some doubts in her mind

Looking into the distance, she found another trail of blood

So she followed the trail

She followed the trail to the back of the mountain

she saw a dead animal in the woods from afar

although Yilin was a bit puzzled

but he didn't go on exploring

she insisted to take them back

Dong-jin and her were chatting happily all the way

This made the other party very embarrassed

After the older sister left

Ye-rim made a sour remark again

you really conquered all the women in this area

there's still hope for them to get back together

Even Dong-jin's old comrades can see it

There is a meaning of regeneration in their words

They even helped Dong-jin out

And another comrade, Joon

kept helping Dong-jin with his advice

How to get back Ye-rim

and promised to give Dong-jin extra food tonight

But he will only be able to eat tomorrow morning

Will start the third hunting operation

We will wait for the mystery man to enter the designated place and kill him immediately.

Everyone will find their own position

And then quietly wait for the target to appear

He may never be able to eat

Because this mysterious man

had quietly arrived in the village at the moment

In the camp, Xiaojun was preparing noodles for Dongzhen

The dogs in the village suddenly became frantic

But Xiao Cui didn't think much of it

He quickly went to bed.

Jun was going to check the radio situation.

During that time he found the camp gate open

But after looking around, he didn't see anything suspicious.

Jun heard a noise from the hall

He ran over and found

Xiao Cui was thrown to the ground severely

He tried to escape

But he was dragged in by a huge force

He quickly ran to the warehouse and took out the firearms

Trembling, he looked around for the enemy

At this moment, Xiao Cui

Already cowering in the corner, life and death unknown

Xiao Jun wanted to go up to check something

Just see the other party directly to a violent move

He knocked Xiao Jun to the ground

Then quickly came to him

He crawled to the landline as hard as he could

He told the special team members who were on guard

The target had appeared at the camp.

Then there was no movement.

Dongjin and Ye-rim realized that the situation was not good

They ran towards the camp as fast as they could.

I don't know if they

This is the third episode of the Korean drama "Search

This zombie is not only very skilled

It's obvious that the intelligence is not low either

If they really want to do something

Probably with the current few people may not be enough

This article was published by the #author at #Time on the #website name, if in doubt, please contact us.
本文链接：https://www.toomic.com/movie/376.html