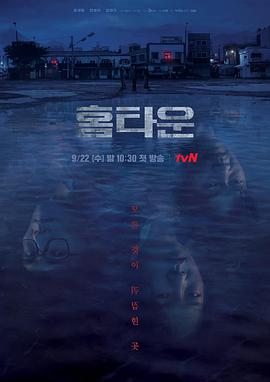 Have you ever seen such a horrible cult?

A little music can compel the mind

The lesser ones become walking corpses

In the worst cases, they kill their families as evil spirits.

Then they commit suicide. Many people have already been killed.

Lao Cui was investigating this case.

He was surprised to find

The family's nanny is a member of the cult

Today, I'll continue to tell you about the sixth episode of the Korean drama "Hometown

Choi didn't reveal the identity of the nanny

Instead, he secretly followed the nanny

He came to the cult's main camp

Jo is being held here

Old Jae continued to explore with him

He found a large group of believers praying

Some were kneeling and some were lying down

Lao Cui was watching, and a man appeared behind him.

Luckily, he was quick to turn around and shoot

The gunshot alerted the praying congregation

But his license plate was already written down

Mom did not know what she had been through

She could only hold her in her heart

Lao Cui went back to report to his boss

He did not think the place was a cult stronghold

The last time we raided the Skull and Bones.

There was also the cult symbol

And it was mobile.

The Skulls gave up their territory to the cult.

That means there's some kind of connection between the two.

Lao Cui planned to find an acquaintance and ask around.

The acquaintance's nickname was Pig.

He's in the loanshark business with Yongjo.

Yongzhuo is one of the people in the photo

His situation is similar to Zhao's

He has no memory of his experience in '87

Yongzhuo and Xiaozhao were lovers

Zhao was admitted to the hospital

He had to come and see him for reasons of reason

Zhao's mother was also in the hospital room

It was not easy to talk to her

She asked Yongzhuo to take her to a place

On the way, she told Yongzhuo

Zheng is not dead. The person she saw at the hospital was a fake.

The funeral was also a fake

As for Zheng's purpose for doing this

She didn't know yet

But she knew she had to do something

She had recovered some memories

She was the one who got her partners involved

And it was all at the behest of Zhao Jinghao.

On the other hand, Cui went to see Pig.

Pig used to be in the gas business.

He mainly delivered to the Skull and Bones faction

But we only know his name but not his person

Find out the identity of Professor Zhang

Xiao Zhao and Yong Zhuo came to a place

This used to be a deer farm, but now it's a pig farm

I heard the owner say that when he first came here

The smell of decay could make you faint

The original owner wanted to build a building here

Then he went to jail and there was no one to manage the place.

The deer naturally starved to death.

The smell of decay comes from the deer carcasses.

Some reporters wanted to interview him

But the warden did not want to be so public

So he turned it down for him

He said he didn't care

But his fingers kept knocking

The warden was distracted by the tapping.

He told the warden to look out the window.

The warden didn't understand what he meant.

Suddenly a crow rushed in

The warden was terrified

And then one by one the crows

Meanwhile, Zhao got another clue

The original owner wanted to build a building

To move the orphanage here

Because the formalities have not been completed, it was shelved

The name of the orphanage seems to be a family

Zhao is no stranger to this name

She and Zhao Jinghao grew up in a family orphanage

The warden came home at night

There was an email in his mailbox

His wife was not here, but left a note

The warden opened the mail and inside was a cassette tape

He wanted to listen to it while he was eating.

It made him irritable.

Just after taking the tape out

A sound came from inside the house

He did not take it seriously and put it back

When his wife came back, the food on the table remained untouched

But the cabinet kept rattling

As if something was locked inside

She called her husband several times and no one answered

She was a little scared

She went to the cupboard with courage

She was relieved to know that it was her husband inside

But what if she didn't come out?

Do you sleep in the locker at night?

She opened the locker door, the warden had already lost his mind

He killed her as if she were a demon.

It was another bloodbath caused by a cassette tape.

At dawn, Trey was awakened by a knock at the door.

The nanny called him to bury the old dog.

He pretended to change his clothes and peeked at the nanny.

The nanny took away the tape he received that day

According to the old dog died, the nanny did not need to come

Lao Cui finally made it clear

And the timing of the nanny's appearance was clever

It was after his wife's murder.

The nanny had known this day would come

In fact, she was also a family member of the victims of the '87 gas attack

The terrorist attack that took her son's life.

Her life had no direction at once

It was a very difficult time.

That's why she joined the cult.

She revealed a piece of information to Trey.

The agent had asked her to retrieve the tapes.

The cult was in a state of chaos.

Everyone is waiting for that person to return

Xiao Zhao came to the river

Thinking back to the memories that were lost and found

After the gas incident in '87

Zhao Jinghao was here to tell her

The gas incident was done by them together

He erased the memories of Zhao and his classmates

It happened when they were released from the orphanage

At that time, he did the same thing as now

Lao Cui first went to look for the video tape

Unfortunately, there was no and no spooky tapes

But the type of case is the same as before

First kill their relatives and then commit suicide

And also brought along a psychology professor

They talked to Cho Kyung-ho in the name of interview

And this seems to be the purpose of Zhao Jinghao

On the other hand, Zhao continued to recall the events of that year

After the gas incident, Jo Kyung Ho erased her memory

Then he told her the truth again

Let her choose whether she wants to erase it this time

If she chose to keep her memories

She would live in pain

So she chose to erase the choice to escape

But now she is not the same as before

She wants to face the truth with courage

When she was kidnapped, the bearded man had warned her

She kept Jae-young in her mind.

She even called out Jae-young's name a few times.

The woman in the hallway reacted.

Because she was the missing Jae-young.

This is the end of episode 6 of "Hometown".

The nanny mentioned the agent and the man.

The agent must be the bearded man.

That person should be Jo Kyung-ho.

So Jo Kyung Ho is definitely the cult leader.

The gas incident was not the first time he killed someone.

He also did it when he came out of the orphanage

Both times with the help of Zhao

But Zhao is not voluntarily hypnotized

Zhao Jinghao is too powerful now

He can hypnotize people with just a few words

Memories can be erased at will

A single tape can kill.

The most puzzling thing is his purpose.

What is the purpose of such a big game

Well, that's all for now.

This article was published by the #author at #Time on the #website name, if in doubt, please contact us.
本文链接：https://www.toomic.com/movie/384.html