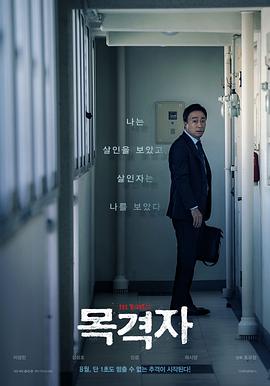 A car running on the road late at night

It did not stop until it reached the gas station

The employee refuels as usual

But he saw something unusual in the trunk

But he wouldn't have thought

In the trunk there was a woman tied up

The man continued to drive on the road

After arriving at the back of a hill

At that moment, the woman finally broke free and ran for her life

She ran towards the light

She broke into a neighborhood

But she still couldn't escape her tragic fate

Sang-hoon, who had just moved into the neighborhood, was usually tired of working.

He finally bought the new house with his teeth

At night, a sleepy-eyed Sang-hoon steps into the elevator to go home

He ran into his neighbor, Choi

A frightened Choi asked Sang-hoon if he had heard shouting.

They had a casual conversation

When he returned home, Sang-hoon stood on the window sill looking at the view

He saw the woman who ran for her life lying by the garden.

A man in a duck cap was beating her wildly

At the same time, his wife woke up and turned on the light in the living room

Sang-hoon immediately ran to turn off the light

and started to count the floors

Sang-hoon wanted to call the police, so he put down his phone

And after two hours in the building

He came back to the woman who was still alive

He turned off her distress call and killed her completely

He thought it was a dream

Only then did Sang-hoon realize that it was all real

Sang-hoon started to work hard on his job

But he was still worried about his family being hurt.

After work, he rushes back home immediately

He wrote an anonymous letter to the police at night

In the end, he chose to delete it

The police found traces of the back of the hill

They determined that there had been a two-hour gap between the woman's murder and her death.

So they tried to find witnesses to find out what had happened.

Sang-hoon, who is still in a state of panic, finds that his dog, Bibi, is missing

It seems that the duck-tongued man is warning him to shut up.

On his way home, Sang-hoon found dog hunting notices and contact information posted all over the world.

He was scared out of his mind.

He was afraid of giving away his wife's information and safety

He didn't notice a motorcycle appearing behind him

Just as the motorcycle was about to crash into Sang-hoon

He was disrupted by the sudden appearance of an old policeman

But he didn't dare to tell the truth

He had to pretend that he didn't know anything about it

and made an arrest.

This man had an affair with the murdered woman.

In addition, when he was caught, he kept resisting to escape

And in the end, he committed suicide by taking potassium cyanide.

Therefore, he was reported by the police and the media as the real murderer.

The old police officer, who was always strict and dedicated, thought that this man was not the real murderer.

But there was no evidence.

He found out that it wasn't the murderer he saw that night.

At that moment, the doorbell rings

He finds his neighbor, Choi, whom he met in the elevator.

He said he had seen the murderer and it wasn't him

But Sang-hoon panicked and didn't agree

He threw Choi out of the house.

But he didn't expect to be followed by the duck-tongued man just after he left the house.

He followed her to the door and killed her with a knife.

However, he met his wife who was going home with his daughter

The murderous demon was right in front of him.

If he told the police the truth, his family's safety would not be guaranteed

So Sang-hoon was silent once again

It was a match for the murder case.

They found the car and the memory card from the car's navigation.

He recovered the vehicle's track from that night.

The home of the duck-tongued man was found.

began to post a search notice in the neighborhood

Unexpectedly, he was opposed by people in the neighborhood

afraid that he affected the neighborhood's housing prices

It's true that people are cold

Only Sang-hoon's wife stood up for him at this time

Although the police know the whereabouts of the murderer

But now there is no evidence and witnesses

The other person was Jo Be-goo, who was a bit demented.

After hearing this, Sang-hoon immediately ran to look for Jo Be-goo.

He was afraid that he was being targeted by the duck-tongued man.

When he found him, he realized that it was a trap set up by the police.

Faced with the police's request for identification

But he didn't realize that the real murderer, the duck-tongued man, was nearby.

The police and Sang-hoon followed the coke bottle left by Bi-koo.

But all they saw was a beaten and dying Bijou.

Sang-hoon, who was outside the operating room, was heartbroken and helpless.

He watched one life after another disappear before his eyes.

When he returned home at night, Sang-hoon confessed to his wife

He was ready to report to the police to identify the murderer.

After the police received Sang-hoon's testimony, they immediately started to arrest him.

However, the cunning duck-tongued man seems to have anticipated all this

Sang-hoon was angry and scared when he found out that he hadn't caught the murderer.

But after getting into a taxi

He found a car following him

The driver dodged all the way

But he collided with the car in the end

But the neighbor Cui's husband

In order to avenge his wife's death

They struggled and were stopped by the police after a struggle

Unexpectedly, when the door was opened, the detective was attacked and knocked out by the duck-tongued man

Wanted her daughter to escape

At this time the wife pretended to faint

She attacked the duck-tongued man

Carried the daughter all the way from the stairs to escape

And on the way to escape, but found that even the security guards were taken care of by the duck-tongued man

The duck-tongued man had to leave

And when Sang-hoon saw the mother and daughter

To protect their safety

To settle the matter once and for all

and started to fight with him

When they were fighting with each other

A landslide caused by heavy rain washed them away

Sang-hoon woke up from the mud

He saw a dead body and a dying duck-tongued man.

Sang-hoon finally chose to leave and called the police

The case was finally solved

Standing at the place where the woman died, looking at the neighborhood full of lights

The whole neighborhood was covered with snow

The movie "Eyewitness" is about a seemingly absurd case

There were countless opportunities to call the police and get justice.

However, no one has spoken up and let the murderer go free.

However, upon closer examination, we can find that

But in a time of darkness

Is calling the police really the real solution?

What is the real reason why everyone is willing to pretend to be numb and not speak out?

This is the question we should think about!

This article was published by the #author at #Time on the #website name, if in doubt, please contact us.
本文链接：https://www.toomic.com/movie/387.html