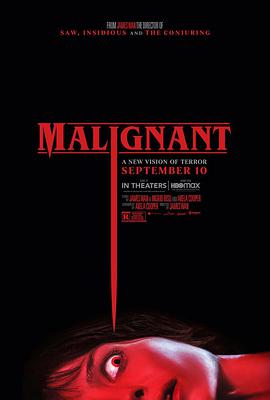 They were so scared that they were screaming and sweating.

A woman was on her knees, moaning and groaning.

In a few moments, all the female prisoners in the cell were killed.

Who was this woman in black and where did the monster come from?

The story begins several years ago.

There was a girl in the hospital with a strange disease.

Not only could she control electronic devices, but she was also very grumpy and powerful.

As the girl grew up.

She also began to become more and more powerful and vicious

If left unattended, the consequences would be unthinkable.

So the doctor decided to operate on the patient immediately

But the patient resisted strongly

Before the security guard could use the anesthesia gun, his arm was broken.

The hospital was in chaos

At the moment of crisis, the attending doctor picked up the anesthesia gun and pulled the trigger towards the patient.

The next second the ward finally quiet down

The doctor rushed forward and tied the patient to the chair

The patient was still defiant and spoke over the radio

One day, I will kill you all.

More than ten years have passed

Her boyfriend, Jack, tells her to get rid of the baby.

But Emily insists on having the baby.

In his anger, Jack punched her hard.

To prevent her boyfriend from using violence again, she locked the door to her room.

As soon as her boyfriend went to bed, something strange happened.

The juicer in the kitchen was spinning inexplicably.

The refrigerator door behind her opened again just after she turned off the power.

Jack was in a cold sweat, what the hell is going on?

While Jack was in a daze.

The sound of the TV in the living room came again

He saw a woman on the couch, and when he turned on the lights, she disappeared.

I thought these were all hallucinations

But the next moment, the dark shadow appeared behind him.

At the same time, Emily, his girlfriend, suddenly woke up from her dream.

There was still a bloodstain on the pillow, but the wound on the back of her head had not yet healed.

She went downstairs to look for her boyfriend, only to find that he had been snapped by the neck

Emily was so scared that she hid in her room.

The banging on the door

When the police arrived at the crime scene.

When the police arrived at the scene, they saw Jack in a horrible state of death and Emily unconscious.

It was determined that they had both been attacked by the robbers.

Emily woke up from her coma with no memory of what happened last night.

Her boyfriend was dead, and the baby in her womb was not saved.

After three miscarriages in three years, it's no wonder she was so devastated.

On the other hand, according to forensic tests.

No fingerprints were found on the body of the deceased.

What puzzled the coroner even more was that

All the palm prints on the victim's body were upside down.

There was no forced entry, only a domestic violence boyfriend.

So, only Emily had a motive for the murder.

After Emily was discharged from the hospital, something strange happened again.

She had just gotten out of the shower when she saw the street light flickering on and off.

When she looked closely, a dark figure was slowly approaching.

The back door was opened again by a strong wind

She had the courage to close the back door and then hid in her room and locked the door.

Emily thought she was going to get away with it tonight, but she didn't expect to be safe tonight.

In an underground building in Seattle

The light bulb suddenly went off behind the woman as she prepared to leave from work.

Then the eerie sound came again

In the moment when the dark figure was approaching, the woman finally turned on the power

I thought it was safe, but the monster attacked again.

When the woman woke up from the coma, she found that she was already imprisoned by the monster in the attic.

After many years, the monster in the hospital again went on a killing spree

Then she felt a splitting headache and fell to the ground, unable to move

The next second it seemed to teleport to a woman's home

Watching the monster kill the woman

And Emily is like a ghost wall can not move

The next day there was indeed a murder, the victim was the same female doctor

Is it a supernatural power or a hallucination?

She was still in shock, but she hadn't recovered.

When she went to bed, she saw an old man lying in her bed again

And then she had another ghostly encounter.

The monster crawled over her body and then brutally killed the old man.

The same encounter, the same way of doing things

This is certainly not a dream

So, accompanied by her sister, Emily went to the police station.

She could not only describe the crime clearly, the appearance of the killer

She could also tell the exact location of the crime

Even the police could not explain how it all happened

Murder after murder, the sheriff finally found clues in the female doctor's belongings

It turns out that Emily was a psychiatric patient

The two victims were both doctors who participated in the operation

If this is the case

But the sheriff was too late.

The doctor was already dead in the bathtub of his home.

Although the sheriff tracked down the monster, the monster still took advantage of the opportunity to slip away.

Emily was involved in all three cases.

The sheriff suspected her of being the killer.

Under the guidance of a hypnotist, Emily finally regained her memory.

She had a virtual friend named the Devil

At the critical moment Emily regained her senses

In other words, these murders are the work of the demon

However, this theory obviously does not hold water.

Just as the police were about to leave.

Suddenly a woman fell from the attic of her house.

The woman was Emily's real mother.

The police then found the murder weapon used by the killer in the attic.

Emily was arrested by the police and had nothing to say.

Why did Emily imprison her own mother?

What is the secret of this in the end

To help her sister clear her name

Sister came to the abandoned hospital to look for clues

On the other hand, Emily was just put into the detention center

Emily was punched and kicked by several female inmates on the floor.

This room of women never dreamed that

This was their last crazy night on earth.

Emily's demons were awakened after she was beaten.

And the killing spree began.

In a matter of moments, everyone was brutally murdered, even the police were not spared.

Meanwhile, the sister finally found the video tape left by the doctor.

It turns out that Emily's mother had a Siamese twin

The brother was a deformed freak who did not develop completely

As Emily grew up day by day

The doctor discovered that the brother had extraordinary superpowers

He could not only control the electronic devices around him

The two siblings share the same brain and heart

The operation was very successful and Emily resumed her normal life.

Little did Emily know that years later she would be subjected to domestic violence by her boyfriend.

He first came to the police station to retrieve his weapon

He also takes care of the nosy police officers.

He hated his mother for abandoning him

So he went to the hospital to end his mother's life.

At the moment of crisis, the sister told Emily

The reason why she often miscarried is this guy's fault

After some guidance from her sister

The brother's consciousness again sealed in the cage of memory

The whole film is tense and exciting without urination

If you like horror movies, why not search for it?

This article was published by the #author at #Time on the #website name, if in doubt, please contact us.
本文链接：https://www.toomic.com/movie/409.html