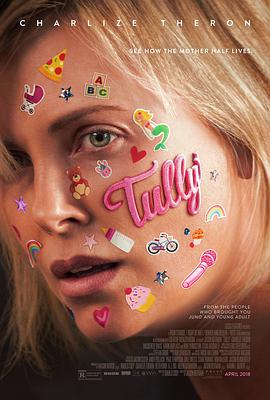 Before this woman had a baby

This is what she looked like after she had the baby.

Marlowe looks at this daughter with a stern face.

The third child has taken away her enthusiasm

And her husband, Drew, is sound asleep.

Drew doesn't care about her or her baby.

She's pregnant and sends her kids to school.

Son Jonah is a little special

Just because Marlowe didn't park in the front parking spot

It was hard to get the kid to school.

It was hard to get the child to school

It was suggested that they hire a special teacher.

Hiring a dedicated teacher would mean spending thousands of dollars.

But where could her family afford that now?

She wanted a cup of coffee to calm her nerves.

A woman by her side gave her a wicked look.

Do you know the caffeine in coffee?

You don't even have the freedom to drink coffee when you're pregnant.

Marlowe was sitting by the window drinking coffee when

A woman came up to her and called her a former classmate.

Only classmates are still full of youth.

And Marlowe has made it unrecognizable.

Marlow looked at his classmate very beautiful and admired

He has high self-esteem

He felt that he looked down on him

After dinner his brother and Marlowe had a talk

He was worried that Marlowe would be like having Jonah

She would suffer from postpartum depression

He even gave her the contact information of a night nanny

The brother also said he would pay.

With the note in her hand, Marlowe was hesitant.

She asked Drew what he thought, but Drew thought it was a good idea.

That night, Marlowe gave birth to a girl.

Even though it was her third birth.

At night she sat on the toilet.

The nurse stood by to see if she was peeing.

She had to see that she could pee properly.

How much do you want me to pee?

Do you want me to pee all over the floor?

When she got home, she started the cycle day after day.

She had to get up every night in the middle of her sleep.

Feeding, holding the baby, putting her to sleep

Sometimes she couldn't keep her eyes open while coaxing.

And Drew only kisses her every day when he leaves the house.

With him or without him, it was the same

During the day, Marlowe had to take care of two other children.

Taking the kids to school.

Jonah's teacher was still pushing her to transfer Jonah to another school.

She took a note from her brother out of her bag.

Determined to hire a night nanny

How bad is a widowed marriage?

The woman has a big belly after giving birth.

The woman was so busy with her three children every day

And her husband only comes home late

complaining that she gave himself a frozen pizza

Playing until he falls asleep

It was the first night that the night nanny came.

Marlowe sat alone in the downstairs living room waiting for the babysitter.

Surprisingly, the nanny, Tali, was young.

As soon as she walked in, she made herself at home, holding the baby.

Marlowe saw her flat belly with her coat off

Tali skillfully counts the diapers and bottles on the table

She said she would wake her up if the baby wanted to drink.

Tully was holding the baby and looking at him.

She put the baby gently to bed.

She took Marlowe's nightgown off.

So that she could breastfeed comfortably.

In a daze, Marlowe saw

Tully sitting on the floor looking at her gently

When she got up the next morning, Tully was gone.

The first floor was a different kind of mess.

A bunch of sunflowers on the table, tidied up.

Marlowe walked over to the baby.

It was the first good night's sleep she'd had since the birth.

I feel like I have color in my life again

So the couple kept Tali with them.

The next night when Tali arrived.

Marlowe was still sitting in the living room with the baby.

She took the baby and rushed Marlowe to bed.

And let Marlowe kiss the baby.

Each night she grew a little bigger.

This night Marlowe was awake to feed the baby.

Tali looked at the baby and talked to her.

Talking about Marlowe's other two kids.

Marlowe was a little powerless because she just didn't have the energy.

Other moms would have parties and bake cakes for their kids.

She was the only one who was at her wit's end.

Tali softly reassured her that although she was young

But she understood Marlowe very well.

The next morning she woke up.

Marlowe found several boxes of cupcakes on the table.

She asked Jonah to take them to school and share them with her classmates.

She took a piece for her teacher.

As an apology for her rudeness that day

Now she seemed to have a little more courage.

She smiled more when she ate with her family

A few days later, Drew had to go on a business trip.

He gasped and asked Marlowe if he could do it alone.

Up until now, all he knew was that there was a night nanny.

He had never met the nanny.

The woman was taking her morning exercise.

Her body was shaking with layers of fat.

A young girl overtook her and she felt unhappy.

She overtakes her again with a faster pace.

The girl was kindly concerned about her but she was surprised

The woman noticed her gaze and explained

It is milk I will seep milk

The girl ran away in embarrassment

Only Marlowe was left lost in thought, she was no longer young after all.

Jonah transferred to a special school.

The first day they reported to the school, something went wrong.

Jonah is startled by the loud flushing sound of the toilet.

She came out crying.

A teacher came out to look at them.

Holding the baby, she was a little funny at last

As if shaking off all the irritation

Although Drew was away on business for the last few days

She was able to find time to play with the kids.

She even went for a morning walk.

Drew came back to a relaxed and happy Marlowe.

Talking about their secret affairs

Gradually, things get out of hand.

Tully changes into the uniform Marlowe used to buy.

Marlowe guides her up to the second floor.

The next morning Marlowe is all smiles.

And Drew is bringing up the kids for the first time in a long time.

Their lives are slowly getting better.

Marlowe was no longer depressed and was back to her old cheerful self.

For the first time, Drew let go of his preconceptions.

He thanked Marlowe's brother for the night nanny.

But the brother looks confused.

She and her roommate had a fight and wanted to move out.

Marlowe advises her to be polite because

If you hurt her, you'll regret it.

Then Tully said to take her out for a drink

Two women quietly put the baby next to the father

They drove downtown to have fun.

It was a crazy night for both of them, and they should have had a good time.

But then Marlowe got a boob.

She stumbled into the bathroom and squatted in front of the toilet.

But no matter what she did, her chest kept swelling.

So Tali took off her jacket and dipped it in some water.

She attached it to Marlowe's chest like a baby sucking on a breast.

They did it and Marlowe was comfortable.

But just as they were about to go back, Tali suddenly asked to leave.

She said it was time for her to leave.

Marlowe was upset that her life had only gotten better with Tali.

If Tali left, she would go back to being a chicken.

On the way back, she was too tired.

They had a car accident and fell into the water.

In a blur, Marlowe saw Tali as a mermaid

Breaks a glass window and rescues her

After that she didn't know anything else.

While she was lying in the hospital.

A psychiatrist called Drew away.

She asked Drew if Marlowe had a history of mental illness.

How long had it been since she'd slept?

There was no night babysitter from start to finish.

Being a good wife and a good mother

Marlowe splits out a self.

Cleaning and making cakes at night.

Does everything by herself.

In the hospital room Marlowe is awake.

Tali stands in front of the hospital bed and says goodbye to her.

What do I do now?

What should be done is repeated day by day.

She will have to live alone when she finds out

Marlowe looked at his back with reluctance

Knowing the truth Drew walked in

Maybe life will be better in Marlowe's future.

How hard is a woman's life?

Get married and be a good wife and mother.

As she grows old and fades.

Who will remember that she was once full of youth?

Behind the great mother

That's why we need to give more consideration to women.

Because it's really not easy for them.

This article was published by the #author at #Time on the #website name, if in doubt, please contact us.
本文链接：https://www.toomic.com/movie/414.html