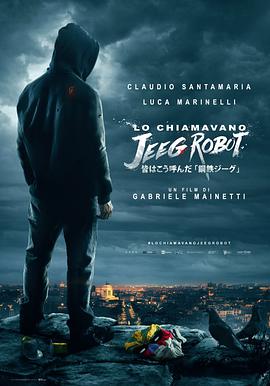 This man fell from a height of several dozen floors

Can also crush the radiator with his bare hands

One punch can break the security door

This is such a powerful man

Every day, all he can think about

A man named Dazhong is a thief

He always fights with the police in his daily life

One day, after stealing a gold watch, he was chased by the police.

Panicked, he jumped into a sewage river under the bridge

He was lucky to escape the search, he stepped on the barrel under his feet

Unbeknownst to him, the barrel contained a large amount of nuclear waste.

Dazhuang accidentally stepped on the lid and broke it

Fell directly into it

He was instantly submerged in the sewage

But Dazhuang still managed to climb to the shore

He stumbled back home

When he arrived home, he threw up all over the place

Hiding under the blanket and shivering

After a night, Dazhuang woke up

He became the same disheveled self again

He ate breakfast and took a walk as usual

It was as if the events of the eastern part of the country had never happened.

With the gold watch he stole yesterday

He exchanged some pocket money with him.

At Big Fat's invitation, he went to Big Fat's house

At the same time, he met Fatty's daughter Xiao Mei

IQ has been stuck in the level of children

She was also a big fan of the Japanese cartoon Iron Man Jeekie.

Big Fatty, who had collected his things, went out with Da Zhuang

The reason why he asked for Dajiang's help

Because he couldn't do it alone

The blacks screamed to take them to the hospital

But the impatient Big Zhuang slapped him

They arrived at an abandoned building.

But the next moment a black man

suddenly trembled and foamed at the mouth

In a short time, he burped up

Big Fat knew that the product had leaked in his body

The other black man refused to do so.

The two clashed and the black man found the right moment

Big Fat was furious and rushed up

Held the black man's head and hit the concrete pillar

The big strong watching the show but because of dodging bullets

fell down the stairs

But a moment later

He stood up as if nothing happened

Frightened, he rushed back home

That's when Xiao Mei approached him

She kept asking him about his father's whereabouts

But Xiao Mei was chattering outside the door

Scared Xiao Mei to run away

Dazhong was also a bit confused

When did he become so powerful?

He folded it up without much effort

A bold idea came to his mind

Late at night when no one was around

He unloaded the cash machine directly

Then he carried it home with him

The first thing he did was to buy more yogurt

The wound from yesterday

has healed as before very amazing

The next day the boss of the robbers long hair brother

Because he had not received the du product

Angry, he came to Mei's house

began to rummage through the closet

And cut Xiao Mei's face with a knife

Threatened her with the whereabouts of Big Fat

But Xiao Mei did not know

broke the window and entered

A "wait" made the crowd astonished

At that moment a fat robber punched him

He threw the fat robber to the ground with both hands

The rest of the minions were also beaten up by Dazhong

Brother Long Hair saw that the situation was not right

He quickly ran away with his buddies

This heroic act of saving the beauty

She thinks that Dazhong is a superhero in cartoons

In the future, he will save the world.

But Dazhong was not interested in saving the world.

He just wants to be an ordinary person who licks yogurt.

At night, Dazhong has trouble sleeping with a beautiful woman by his side.

While checking his clothes, he accidentally found a big fat glasses case

There was a plan for robbing a money truck hidden inside.

Dazhong decided to rob the money truck on a whim

And in order to protect Xiao Mei's safety

Dazhong temporarily sent her to the orphanage

On the other hand, Brother Long Hair on the Internet

He was jealous inside

Because this video has exploded all over the Internet

Then the rest of his life will not have to worry

Coming to the office

The gang had been waiting for him for a long time

He told Brother Long Hair that Big Fat had been shot twice.

Now the goods are lost and their boss is very angry

to rob the money truck

While several people were hiding in the bushes discussing the plan

Dazhong took the first step to make a move

He first stopped the truck with a stone

Then he leapt from the bridge

Then he tore the trunk with his hands

Stuffed money into the bag and fled every day

See this scene of the long hair brother very angry

And after robbing the money, the big strong jumped to become a very rich man

The house was filled with all kinds of things

Even the refrigerator was stuffed with yogurt

He drank yogurt and watched small movies at the same time

Just when Dazhong was enjoying himself

He thought his robbery plan was exposed

He boldly opened the door

But it turned out to be a false alarm

It turned out that Xiao Mei had escaped from the orphanage

After being discovered by the police patrol

Xiaomei lied that Dazhuang was her boyfriend

That's why the police sent her here

Dazhong had no choice but to take her in

Xiaomei took out her own knitted steel geek hero headgear

Let him wear it on his next mission

The plot of the animation suddenly stimulated Xiao Mei

Let him go to the flame cave to save his father

But he did not dare to tell her the truth yet

The next day, Dazhong took Xiaomi to the amusement park

Due to the lack of electricity Ferris wheel can not turn

Dazhong simply started the Ferris wheel with his bare hands

After that, Dazhong took Xiaomi to the mall

Buy her the princess dress she has been longing for

In the depths of their love, they played with passion in the fitting room

Because Dazhong still refused to save her father

They had a big fight

Xiao Mei got on the tram and left in anger

In order to stop Xiao Mei, Da Zhuang moved the tram off the track with his bare hands

He apologized sincerely to Xiao Mei

He said he would take her to find her father

He came to the morgue

But her father was already a cold corpse

Long Hair, who was in hiding, had just borrowed money from his lover

The next second, he was gagged

Who knows the long-haired lover has not yet s through

The female boss could only evacuate with injuries

Angry long hair will be angry all on the lover

A shot to end him

When he returned to his place, he saw his own men

had all been killed

When he was at his wit's end

Stopped a bus with one hand

Dazhong had already packed his money

Ready to take Xiaomei to hide in the countryside

While they were resting in the hotel

Shot a shot of anesthetics a move to control the enemy

He found himself tied to the bed like a mummy

But what Long Hair wanted was not money.

He threatened Dazhuang with a video of Xiao Mei being tortured.

Tell him the secret of his super power

And revenge on society

In order to protect Xiao Mei

At this moment, the lady boss arrived with his men

During the chaotic battle, Long Hair used Xiao Mei as a meat shield to block his body

The female boss can not care so much

Concentrated firepower shot the two men into a sieve

The female boss is directly with the flamethrower barbecued long hair

Until Shaggy fell into the water, she left with her men unhappy

Xiao Mei, who was shot, was dying.

Before she died, she told Dazhong

Must save the world

By the next day

Became the same as Dazhong's existence

After dressing himself in a killer costume

He rushed into the boss's base camp

Long Hair did not panic and turned on the webcast

He started to kill everyone

All of the boss's men were killed

The boss was crushed by her bones all over the floor

This guy in order to become an Internet celebrity

He has reached the point where people are outraged

Seeing the large amount of arms in the boss's secret room

The next step is to take revenge on the world

On the other hand, Da Zhuang, who was immersed in pain

Wandering on the road

Losing Xiao Mei was like losing the whole world

Suddenly there was a loud bang behind him

Someone was involved in a car accident

The car burst into flames.

However, her daughter was still trapped in the car

It was about to end

Dazhong rushed into the fire without saying a word

expressed her gratitude to him

Xiao Mei was right when she said she could really save the world.

He decided to be a superhero

Although he did not care about "other people's business" before

He didn't have any friends, let alone sacrifice and save

On the TV, Dazhong saw the video of Long Hair's murder.

At the end of the video, Long Hair called out to create a big explosion

wanted to blow up the stadium to become famous

So Dazhong requisitioned a motorcycle

He rushed there without stopping

Without buying a ticket

Dazhong directly lifted the fence and barged in

He ran right into Long Hair

The enemies met with each other

The two began to fight close to each other

Since both of them had superpowers, they fought to a standstill

Seeing this fight is not a way to continue

Dazhong chased after him

The two of them arrived at the stadium stands

The place was crowded with spectators

Long Hair got away from Da Zhuang

In order to catch up with Long Hair

Dazhong jumped directly from the bleachers

But not surprisingly, he was unharmed

Less than 5 minutes left in the countdown

Seeing that there were only 3 minutes left

Long Hair appeared and jumped on him

The bomb also fell on the side of the guardrail

At the moment of the dry hook

Dazhong rose up and rushed to Long Hair

Both the man and the bomb fell into the river

With a loud sound, the water splashed high

Long Hair's head was blown to the bridge

The crowd was scared to scream

And because Dazhong was far away

The matter finally came to an end

Now he wears the headgear given to him by Xiao Mei

He is on a path to punish evil and promote good

This is a very interesting movie

It is also an unconventional superhero movie

There are no handsome men and women and no dazzling stunts

In the traditional superhero

After the main character has the super power

But the hero of this film is the opposite

The first thing he does after he has superpowers

Is to rob the ATM to meet their dreams of yogurt

Such a somewhat naive hero but seems very precious

This article was published by the #author at #Time on the #website name, if in doubt, please contact us.
本文链接：https://www.toomic.com/movie/422.html