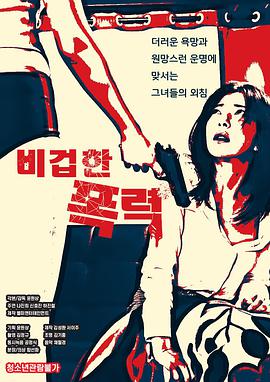 One of them plans her escape every day

The other one is calm and relaxed, dressing herself up every day

She doesn't want to leave the room.

At the beginning of the story, Jing Mei is an intern who has just entered the society

Because she hasn't been transferred yet

Today, after seeing off her boss and colleagues, she is ready to go home

Kagemikyu has long been fed up with this paranoid boyfriend

He has to follow Jing Mei's life from time to time

The slightest dissatisfaction with the place will hit and scold

Unexpectedly, her boyfriend dragged her into the car

Then without saying a word, he locked the door

Tried to put his hand into the bottom of Jingmei's skirt

The boyfriend threw her into the warehouse and raped her

The perverted boyfriend recorded the whole process on his cell phone

Scared, Jing Mei fell on her knees and begged her boyfriend to let her go

But he left her in the warehouse and left without looking back.

Jingmei fell asleep in a state of physical and mental exhaustion

When she woke up in a daze the next day

She saw a strange woman standing in front of her

The woman was holding half a loaf of bread

This woman named Mina was also banned here by her boyfriend.

Abandoned by her parents as a child, Mina lived with her grandfather

Even her grandfather had bad thoughts about her

He often took Mina into the dark room and forced her to do things she didn't want to do.

Grandpa would let her starve for days without food.

To survive, Mina had to obey.

Mina once again became the lover of one of her uncles.

Growing up in such an environment, Mina became a lady of the world.

She could sell her body at any time as long as she had money.

One day, the bankrupt boss asked her to spend the night with him.

But then he couldn't get the money to pay Mina

He gave her the bitcoins he had.

Little did I know that the bitcoins would go up and up.

And Jing-mei's boyfriend also banned her because of the bitcoins.

This sick man owed a lot of money to loan sharks

Mina has tens of millions of bitcoins

But until now, Mina hadn't revealed a single password.

The day to pay back the money was getting closer and closer.

The impatient man beats Mina again and asks her for the password.

Mina had to tell him the first half of the password.

and threatened the other man with suicide by biting his tongue

The boyfriend couldn't get the result he wanted from Mina

So he took out all his anger on his girlfriend Jingmei

Since the money on his body is getting less and less, it's not even a loan shark.

Besides, there was no clue from Mina's mouth.

After receiving the money, he arranged for two men to go into the warehouse station and dirty her

When she woke up, Jingmei only felt pain all over her body

Jing-Mei did not want to be bullied like that anymore

There was only one thought left in her head

Must escape as soon as possible

Every day in the absence of her boyfriend, Jing-Mei struggled to free her feet from the chains

Finally, one day she succeeded

After regaining her freedom, she immediately ran to Mina

To unlock her chains and escape from this hellhole

But to her surprise, the chains on Mina's feet were not locked at all

She could have left

Jing Mei could not imagine this woman's calm appearance

What kind of psychopathic mind is hidden

She took the opportunity to escape alone

He punched her body without mercy

But at that moment Mina, who had been silent, stood up and approached the man

When the unconscious Kyung-mi woke up

She found her boyfriend covered in blood and subdued by Mina

Pulling her up to her boyfriend's face

Kyung-mi wants to shoot him

After subduing the man, Mina told Kyung-mi a secret

When she was seven years old, she killed her perverted grandfather with her own hands

But no one would believe that such a young child could be the murderer.

In the middle of the struggle, the man aimed at the right moment and knocked both of them over with a kick.

Then he put his hands around Mina's neck.

Seeing that Mina was about to be killed by the man

Kagemi had no choice but to fire two shots

One shot hit the beam of the house

The other shot went into the man's leg

Perhaps realizing that he was about to die

Then she told Jing Mei to leave first

She would stay here and torture him.

But just as Jing Mei was about to leave

But found that the warehouse was also installed with cameras

The man had uploaded all their videos to the Internet

In anger, Kyung-mi beat the man with an iron bar

She had so much money anyway

In fact, shortly after her boss gave her the bitcoins

She resold them all.

The fact that she was worth tens of millions was a lie.

Little did she know that it would lead to such trouble for her.

Two helpless women hugged each other and cried.

Not knowing what fate awaits them.

This is the end of the movie "Despicable Violence

The fate of the two women in the film is tragic

Mina's misfortune began when she lived with her grandfather.

If she hadn't suffered everything in her childhood

The struggling Kyung-mi has a pathological and paranoid boyfriend

She completely ruined everything that she should have had

Even if she finally regained her freedom

Can the damage that was inflicted on them be easily erased?

How long will it take for them to live a normal life?

This article was published by the #author at #Time on the #website name, if in doubt, please contact us.
本文链接：https://www.toomic.com/movie/423.html