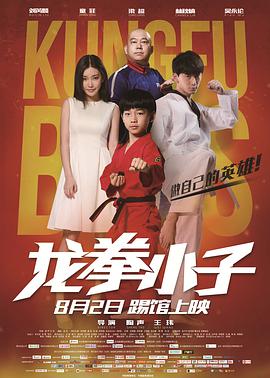 Kneeling in front of parents of Chinese students

Begging them to transfer their children

If he doesn't go, I'm afraid he'll lose all his remaining teeth

The two parents were speechless

Their kid is too good at fighting

He's a black belt at a young age.

In the span of a year.

He dropped out of school for beating up his classmates and even the principal.

Since several foreign states could not accommodate him

They decided to send the boy to Zhengzhou, Henan Province, to give it a try

His childhood wish was to become a superhero

That's why he has developed all his skills

If only he loved to fight for justice

His parents lied to him

Uncle is alone in China

When the child heard that, he immediately had a sense of mission

He took his luggage and boarded the plane to China.

Lin Qiunan, the trouble he caused in a foreign country

Will it change back to China?

Lin Qiunan got off the plane.

Before she saw her uncle.

She saw a robbery first.

The man grabbed the case from the woman's hand

Lin Qiunan, who loves to be a hero

Of course, to fight for justice

He chased after the man all the way

The man finally could not run

Decided to teach him a lesson

The result is less than three rounds

by Lin Qiu Nan knocked to the ground

The suitcase was unintentionally opened

Inside was a rabbit with a red mark

He took the rabbit and left

But the phone fell on the ground

Back at the airport, Lin called the police first

The police heard it was a rabbit

They didn't take it seriously

He told Lin to take the rabbit home for adoption.

Her uncle couldn't find her at the airport.

No one answered the phone

No one saw her at night

I had no choice but to go home.

When he came to the door, he heard a movement in the house

He climbed into the house through the window

Grabbed the pot and decided to subdue the robbers

But before he could do anything

by Lin Qiu Nan kicked in the face

Fortunately, his nephew came back

Ah Hao is a music teacher in elementary school

He has always had a crush on the goddess Anran

But he never had the courage to confess

He can only watch his love rival Fatty

When he meets the class flower sister, he is a wall-knocker

Sitting next to the class flower became the same table

After school, he brought some kids to look for him

Lin Qiu Nan saw this and was not afraid at all

Instead, he came to the taekwondo gym to fight

Making all the kids scream

But when it came time for the official challenge

He didn't last a few rounds either

In the blink of an eye, the new bully called four adults to the stage

All the people were watching Lin Qiu Nan's show

You wouldn't think it at this point

The elementary school in front of you is a yakuza master

Facing an opponent half as tall as him

Lin Qiunan is not afraid at all

The remaining two men came together

But it was useless, they were all subdued by Lin Qiu Nan

Banba and others were very dissatisfied after being beaten

They said if you win Mr. Ma.

We respect you as a teacher

He is also a physical education teacher

With his knowledge of martial arts

He often abused uncle in front of the goddess Anran

Not only that, he also showed no mercy when training his students

Every time in his class

Students would shiver in fear

Mr. Ma had no regard for the class flower's pain

Ruthlessly made her practice the splits

Challenged Mr. Ma on the spot

Some students dare to challenge themselves

Use the familiar Lin Qiu Nan to see the decision

At first, Lin Qiu Nan was beaten back severely

Plus the class flower and classmates began to cheer him on

After a few strokes, the teacher's nose and face swelled up

The teacher was desperate.

He took off the rope and started the competition again.

After a few rounds

He is still not Lin Qiu Nan's opponent

The class bully and several people were finally convinced this time

Because of this incident

Ah Hao's uncle was criticized by the principal

Ah Hao was not only not angry but also very happy

He took Lin Qiunan to celebrate

When he got drunk, uncle said what was on his mind

Because of his cowardice

He could only watch his love rival Mr. Ma chase his goddess

But he didn't have the courage to confess

After listening to the uncle's plight

The next day he challenged Mr. Ma in the name of his uncle

Only to find Lin Qiu Nan waiting for him

He was so scared that he turned around and ran away

When he fell on his school bag, he fell

As a result, he broke his arm.

She was angry to see Mr. Ma injured

He thought his uncle had asked Lin Qiunan to do that

He rolled his eyes and helped Mr. Ma to leave

Venting all his grievances on Lin Qiu Nan

But the next second he regretted it

The next day also went to the hospital together to apologize to Mr. Ma

Inadvertently from the newspaper about the rabbit report

It turned out that it was a blood rabbit

It was also a miracle in medicine

The blood of a rabbit can save an incurable disease.

Worth millions of dollars

However, the rabbit had already been given to the class flower by Lin Qiu Nan

Just after they left the hospital, they met a group of men in black.

They took Miss Anran and the class girl.

They asked Lin Qiunan to take the rabbit to the warehouse to rescue them.

This young student came to the gangster's territory alone.

He wanted to rescue the goddess Anran and the class flower.

The Japanese asked him if he had brought the rabbit, which was worth ten million dollars.

He asked them to let him go first and then hand over the rabbit.

But when they got the rabbit, they realized

It was just an ordinary rabbit

How could Lin Qiu Nan give them the real blood rabbit?

The tricked Japanese were furious

The Japanese were so angry that they let their boys go after them.

Although Lin Qiunan was a good fighter.

But he was outnumbered.

They were caught again

A-ho, who was in charge of meeting on the rooftop, took the pan and waved it around

Soon arrested by the men in black

Finally, the two of them were hung in the air

Lin Qiu Nan sent the class flower out to the police for help.

He went back to rescue them.

The Japanese had already set a trap waiting for him here.

He said that if he gave up the rabbit.

He said he could let the two go.

Lin Qiu Nan did not give it.

He exploded into the universe and started to fight.

He punched and kicked each and every one of his boys.

Those adults were no match for him

But in the end, there were too many of them.

He was finally subdued.

Sparks suddenly started to fly on both sides of the road

It turned out that Mr. Ma came with the Dragon Fighter boys

The boys took turns to fight

All the tricks they could use were used

The Japanese were finally beaten and could not stand up

By the time Ban Hua arrived with the police

The gang had been subdued

They handed the bloody rabbit to the police

The bad guys were all taken away

They had liked each other for a long time

Finally together to live a happy life

Because of this incident, the Dragon Fist boys also

In real life, the six members of the Dragon Fighter Boys

They were brothers who practiced in the same dojo

Each of them has won

Champion of various taekwondo competitions at home and abroad

In the past few years, they created their own taekwondo dance to become popular in China.

The martial arts scenes of the Dragon Fighter Boys in the movie are particularly enjoyable to watch.

After watching this movie

Although a few children are small

But compared to those young boys dressed up in pink

A man should be a man and a tough guy.

It's annoying to watch

Will I offend many people if I say this?

Don't forget to pay attention to me

We will see you in the next video!

This article was published by the #author at #Time on the #website name, if in doubt, please contact us.
本文链接：https://www.toomic.com/movie/424.html