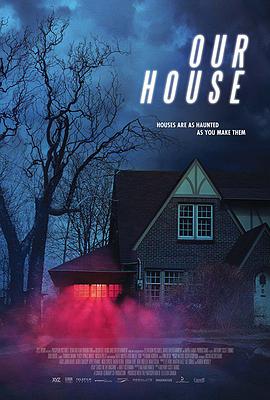 Dag was watching his handsome face

All this happened because of this spinning thing

Its creator is a handsome young man Ethan

He has a warm and sweet family

There is a cute sister Hunter and a cool brother Baker

The spinning thing is called a wireless power supply

Ethan and his girlfriend Hannah and other people

Ethan, his girlfriend Hannah and others are working together on a cutting-edge technology.

This day they were secretly tweaking it in the school lab.

Trying to power the bulb through the wireless network

Even the entire school's power supply was lost

The first experiment ended in failure

That day Ethan and Hannah were in love when

His father and mother had died in a car accident and he couldn't believe it.

He was sad, but he had to go on with his life.

Although every day is very busy

But he never forgot the research of wireless power supply

This day he conducted another experiment

As the rotator continued to speed up

A few streaks of black smoke slowly appeared behind him

With the power tripped also followed the smoke dissipated

I believe the audience has felt the weirdness

Unfortunately, Ethan did not notice anything

In the next experiment

Even his younger siblings have noticed strange phenomena

Hant is even more powerful can talk to the air

The next day on the way to school

Baker told his brother what he saw

But in return, his brother was worried and did not believe

One day when he was experimenting

Seeing the radio turn on and tune automatically before he started

And use his father often use the toolbox to test

As the power slowly strengthened the toolbox actually moved

Stopped working and fell to the ground

Through this test he felt that this thing

Can not achieve the function of wireless power supply

The next day he told his girlfriend Hannah about the idea

The next day he told his girlfriend, Hannah, about the idea, and undoubtedly received her distrust.

Next, to solve the problem of power tripping

The tripping problem was solved by some professional means

The wireless power supply could now be rotated at will

This experiment when Hant was practicing breath-holding training

It was hard for her to move and she almost died.

Seeing her sister's expression was not normal

She found out that her sister had seen her new friend Alice.

At the same time, Beck and Dag were playing video games.

So scared that he did not even say hello to Becky

Rode the bike and ran away

In fact, the seriousness of the matter

has been far beyond their control

The family wasn't the only one who had seen the phenomenon.

Then his girlfriend Hannah appeared on his doorstep uninvited

The original brought him some important video material

At the same time, Hannah raised a question

What a wake-up call!

Ethan suddenly remembered that his parents had bought the house from someone else.

Immediately Hannah and find an old lady who knows the situation

They found out that Alice, as her sister called her, was the same age as the old lady.

And also lived in the house they now live in

At this time, the younger sibling encountered a flickering light in the house

Hant thought Alice and her were playing hide-and-seek

Step by step, she was led to a box

Ethan and Hannah returned at this time

Seeing the street lights flickering, he knew the wireless power supply had been turned on.

They arrived just in time as the dark figure slowly approached Baker.

The shadows were gone and they heard Hant's cries for help.

Ethan tried to turn off the power supply to stop the ghosts.

But the machine was gone and he immediately thought that Tom should have taken it.

So he grabbed a baseball bat and rushed to Tom's house.

He managed to enter Tom's house by breaking the glass.

He found that the power supply was definitely working

Ethan raised the baseball bat to destroy it

But was stopped by Tom

At this time, Hannah, Hunter and Beck are controlled by the ghosts.

On the other hand, his brother and sister's life was also in danger

Ethan rushed to smash his beloved invention with a baseball bat

His brother and sister and Tom were saved.

Finally, they decided to leave the house that they loved and feared at the same time

This is the end of the movie I am XX

This article was published by the #author at #Time on the #website name, if in doubt, please contact us.
本文链接：https://www.toomic.com/movie/427.html