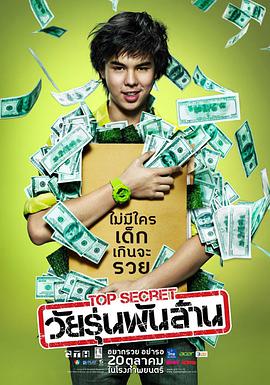 He is a legend

Started his own brand

Gets rich from seaweed snacks

In 2011, his story was brought to the big screen

Atta was different in high school.

Everyone else was in the classroom.

He was playing games for money.

Had a six-figure balance on his card

Drove it to school

The principal reprimanded him.

But he bribed the school

and made a donation to the school

Mom and Dad told him to study hard

Addicted to games, he

He didn't get into college either

Wanted to go to college

Had to go to a private university with high tuition fees

He spent too much money in his daily life

Now he doesn't have that much money

He wanted to continue playing games to earn money

To earn money for tuition

He bought a batch of DVDs from a trader

He bought a batch of DVDs at a low price

But when he got home

He realized that they were poor quality copycats

He went to the trader to discuss

He was slapped by the vendor

The vendor drove him away

He eventually went to college

But he didn't want to rely on his parents

He planned to sell chestnuts to earn money for school.

His dad called him stupid.

His father and mother were disappointed with him

But Atta had his own insistence

He didn't know anything about fried chestnuts

So he went from stall to stall

He tasted other people's ingredients.

He learned how to identify bad chestnuts

He learned how to fry them with gravel pebbles

He also developed his own ingredients

He called up his housekeeper, Uncle Tang

He rented a stall in the mall

Contrary to his fantasy

Is there a problem with his sales skills?

He went to the market

He went to the market to observe how the vendors were selling.

He soon concluded one important factor

So he quickly changed his strategy

He rented a stall near the front door

Sure enough, the next day Ata's chestnut stall was very popular

He made four dry plants that day

Atta struck while the iron was hot

He opened ten branches in a row

Just when Atta was getting ambitious

How to become a billionaire from nothing?

See how he did it

Ten stalls in a row in the mall

The fried chestnuts were so smoky that the store ceiling was yellowed.

The mall told him to move out.

At the same time an even bigger blow came.

Mom and Dad want to take him abroad to avoid the debt.

He refuses to go.

If he left, he would lose everything.

He decided to finish his education here

To start over again

It was the first time Dad apologized to him.

Atta realized for the first time

was no longer the man he used to be.

In the end, Mom and Dad left.

And he stayed behind

He thought it was very tasty.

Once again, he saw a business opportunity and hope.

He sold his computer

With all the money he had, he bought dozens of boxes of seaweed ingredients

He started to study how to make seaweed snacks

Experimented over and over again

Either the taste is too bitter

Or not crispy enough

Box after box of ingredients are lost

This is burning money

But he still refused to give up

Soon all the ingredients were completely depleted

All that was left was a packet of rain-soaked seaweed

He tried to pass it in the frying pan.

Suddenly he was astonished.

This was the shape he had always wanted.

He couldn't wait to taste it.

It was crispy and delicious.

After tens of thousands of attempts

deep-fried to be delicious

And so they returned to the mall.

Once his seaweed was sold, business was booming

He did some rough calculations

He could make a million baht a year.

He called his parents.

Finally he had the courage to ask

How much money the family owed

Atta's world was about to collapse

One million dollars a year

It would take forty years to pay it off

He thought about giving up.

But then he saw the sleeping pills his parents had hidden behind the pictures.

He could understand the pressure of his parents at that time

We're both dark horses before the world is settled

He had no reason to admit defeat before he rose.

That day, Atta came out of a convenience store chain

Looking at the shopping bag in his hand

He suddenly realized something.

If he could rely on the convenience store chain

To sell his seaweed all over the country

He would be able to make a lot more money.

So he immediately contacted the head of the convenience store chain

His life had hope again

How to become a billionaire fast

Listen to his story

One million iron a year

To pay off the huge debt his father owed

Others have nothing at most

But he is in debt

If he wanted to make money fast, he had to copy

He thought of a convenience store chain

The packaging was not attractive enough

They did not even want to taste

Atta's life was set back again

Atta did not agree

How could she know that her boyfriend was already in a dead-end situation?

Atta thought for a long time

Finally decided to redesign all the packaging

With the new packaging

He went to the convenience store chain headquarters again

But this time the person in charge didn't see him

He waited for a long time and finally left in anger

Before leaving, he left a box of seaweed in the elevator

He didn't know that his seaweed

had been delivered to the person in charge.

The next day, he was told that the product was ready to be put on the shelves.

The person in charge told him

His seaweed would be delivered to 72,000 stores nationwide.

Before that, the company would arrange a factory inspection.

So a new problem came up

He had to have his own factory now.

But at 19 years old, how could he afford to open a factory?

He could only come to the bank

He had to apply for a loan from the bank.

The bank manager couldn't lend him the money

His life had hit rock bottom.

He thought about giving up

He thought about flying abroad to find his parents

He was in debt and he was desperate.

He met his girlfriend, whom he hadn't seen in a long time.

His girlfriend has a new boyfriend

He's destined to go all the way

He renovated the broken warehouse into a simple factory

The person in charge was disappointed

Whether it was hygiene or size

None of his factories met the standards.

They have to go back to the meeting to discuss

And then decide whether to allow the shelves

-Time and time again, they were frustrated.

One setback after another. The man with a heart of stone was too long ago to be defeated.

Where they didn't meet the standards, they improved.

Soon, Atta got the go-ahead.

His seaweed was shipped all over the country.

In a desperate attempt, he finally succeeded.

Now he finally had the courage to send his parents home with peace of mind.

Two years later, Atta had paid off all the debts his father owed him.

By the time he was twenty-eight, he was a billionaire.

It's an incredible legend.

He was in debt.

What is there to fear when you have nothing to lose?

Nothing is impossible in this world

This article was published by the #author at #Time on the #website name, if in doubt, please contact us.
本文链接：https://www.toomic.com/movie/433.html