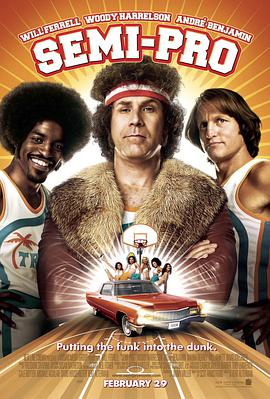 No one thought this scruffy bum could do it

Because it's impossible for anyone to do it

But when the homeless man's eyes opened up

And then he throws it.

The ball goes in.

The homeless man jumped up and down in joy

The referee was totally confused

But the referee ruled that the goal was valid

The announcer is frantic

This challenge is a gimmick

His name is Curly Ryo

With a song he stole from his mother

Became a singer and made a fortune

He was also the owner, coach, and power forward.

The team ended up at the bottom of the league

And he was broke.

He didn't care about winning or losing games anymore.

He just wanted to make money from the team

And now he didn't get any money

He was going crazy

Fortunately, the opponent is stupid and has not seen the world

Take a blank check and run away

This is not the end of a new crisis has emerged

The NBA was about to annex the entire ABA.

End of the season

The four teams with the best records will enter the NBA

The other teams will be disbanded where they are

This is too cruel

Curly Liang was furious but could only accept

To get into the NBA

They have to make it all the way to the top

To make it to the top four

The players are not confident.

It's harder than the sky

To motivate the players.

He gave each of them a big mouth.

At the same time, he spent a lot of money

He said he was a champion.

Actually, he was just a bench player

Thanks to the glory of the team

Just got a championship ring

None of these guys looked up to Monix

Soon the next game started.

The Tropics versus the Spirit.

Down by a large margin.

Curly Ryo was still sticking to his playbook.

Until the opponent's patience was exhausted

He finally scored an easy layup

He's out of position.

The referee calls it a no-goal

He was so angry and hard on the referee

Even kicked the basketball away

As a result, he was sent off the court

He couldn't beat them, so he just stopped playing

He led a group of players to leave the court early

The referee was completely dumbfounded

Soon he was approached by a homeless man

The homeless man went to all the banks.

None of them gave him cash

This check is too big

Then you should go to a bigger bank

He once again cheated the simple homeless man

And this is finally a wake-up call for him

If he keeps losing, he'll have nothing left.

It's time to fight.

He devised an impressive battle plan.

He started a comeback.

With eyes as big as bells.

The Tropics used this great tactic.

They started the game on fire

But not long into the game

Someone fell down in pain, covering his eyes

The eye makeup was smeared with sweat.

The pain was so intense that they died without a fight.

This battle they lost again

If this trick doesn't work, let's change to the next trick

As long as the opponent is incapacitated before the game

They will win without a fight

So the court becomes a battlefield

But it was a toss-up.

As the coach of the team

All kinds of dirty tricks

Can not help the team to win

This is not the way to go

The players have made a decision

They decided to let Monix coach the team.

After all, he was last season's champion.

So the real training began.

Monix, who took over as coach, only trained on one thing

And that was running.

And he kept running.

The Tropics were transformed overnight

All kinds of three points

All kinds of foul shots

All kinds of opponents' abuse

Even the powerful Nets

Even the powerful Nets were defeated

As the owner of the team, Curly Ryo

Desperately trying to stop the players from scoring

Because once the score exceeds 125 points

He had to buy hot dogs for all the audience.

He tried his best

But he couldn't stop the tragedy from happening.

The Tropics beat the Nets by 126 points.

From the bottom of the league all the way back

They're climbing to fifth place in the league.

If they win the last game

They will be in the top four of the league

To enter the NBA with the first four places

Unfortunately, their efforts were in vain.

The market in Flint is not big enough.

Even if the Tropics beat the Spurs in their last game.

They're in the top four of the league.

They wouldn't have made it to the NBA.

All the players could not hide their disappointment.

This is the first time Curly has apologized to the players.

For the sake of their dreams, they had done everything they could.

But in the end, they couldn't turn things around.

With the Tropics out of the tournament

The last game had lost its meaning.

He traded the team's number one player, Black Coffee, to the Spurs.

Helped him fulfill his dream of playing in the NBA

Curly Ryo was never the same.

Curly has regained his motivation

Reality can be defeated

But dreams are not allowed to be defeated

They will fight for glory

Everyone knows about the NBA

But how many people know about the ABA?

With the times to decline

Finally merged by the NBA

And completely lost the qualification to enter the NBA

Although they already knew the end

But they still want to try once more

Not for the result, but for the glory

The last game against the league's top Spurs

The stadium was full, the crowd was loud.

Knowing that the result can't be changed

They chose to play anyway

They received a hero's welcome.

As the game started.

The Spurs took the lead in offense

After all, they were the league's top team

With the huge power gap

They were completely crushed by the Spurs

Not a single person retreats

Curly Ryo was knocked to the ground by his opponent

He fainted on the spot and lost consciousness.

The players slowly carried him off the court.

At this moment, all the spectators were praying.

Staring at this scene

Black Coffee, who was traded to the Spurs

Determined to go to the Tropics

Even if he was removed from the Spurs

Even if he can't play in the NBA in his life

He still wants to accompany his teammates and fight for glory

His mother looked like an angel in a flowing white robe.

This time, he finally said goodbye to his mother in person.

He woke up and returned to the real world.

He already had a strategy for dealing with his enemies.

In his dream, his mother told him about a new way of throwing blue

With this one move

They'll turn everything upside down.

Back on the field, Curly Ryo has the whole team on his feet.

Everyone was frozen in this moment

No one had ever seen a goal like that before.

The referee subconsciously ruled that the goal was a foul.

But they didn't break any rules.

The referee had no choice but to rule that the goal was valid.

The crowd was in an uproar.

All the spectators shouted in unison

(Black Coffee jumps up and pushes the ball down)

(Bowing his arms in mid-air and dunking into the net)

The commentators were really embarrassed by the way the ball was scored.

Until someone told them it was an aerial catch

The commentary was finally smooth

The Tropics made a comeback

Down two points in the last two seconds

The first free throw was successfully made.

One more free throw, and the score is tied.

At this moment, it seemed like Curly was transformed into Sakuragi.

But in the end, he missed.

At the last moment, Monique jumped up.

They had defeated an unstoppable opponent.

They won the glory that belonged to them.

Even if the end is irrevocable, what can we do?

At least they proved themselves.

No one looks down on the little guy

This article was published by the #author at #Time on the #website name, if in doubt, please contact us.
本文链接：https://www.toomic.com/movie/438.html