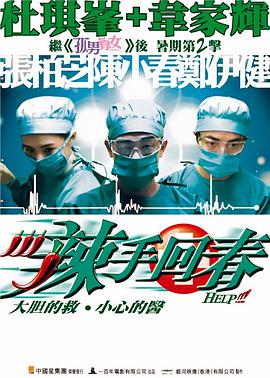 Never have I seen such a persistent lover

with his unkempt face and tattered clothes

He took a puppy made of paper and a throne

Took flowers and told the woman he liked

As a result, he failed

The woman rejected him mercilessly

He was confused, turned away

Not long after, the beggar confessed his love again

He found a job

He is no longer a beggar

But this time he still failed

He was once again rejected mercilessly

He learned a dozen languages

But the woman rejected him mercilessly

He left once again, very disappointed

Some time later, the beggar approached the woman with flowers

This time he was dressed in a suit

He became a rich and successful man

But the woman told him

She likes a handsome man

He loses his mind

Once again, he fails

Someone else confesses to the woman

This time it was a handsome man

The woman did not recognize him

He is the beggar who failed to confess again and again

For the sake of the woman

He spent all his money to plastic surgery

But the woman said she likes a doctor

When his life was hanging by a thread

Others saw him as a beggar

No one came to his rescue

Only this angel-like woman

Despite the heavy rain

She didn't mind that he was dirty and smelly

Pulled him back from the hand of death

And brought him out of the darkness

For this angelic woman

But in the end, he couldn't get her love

She taught him everything

But never taught him love

Because from the beginning to the end

She herself did not know what love was

All she knew was that when she was a child, she was in the hospital.

The two doctors gave her a chance to be reborn

(It's not that easy to be a doctor)

Because of these words gave her hope

She vowed to marry him when she grew up

Now she is a doctor

She also found the two doctors who saved her life

But she doesn't know who said those words

And she doesn't know who she should love.

The two people involved at the beginning

Have long forgotten all about it

The three of them are the exceptions

Aspiring to be good doctors

But they were ostracized at every turn

The other doctors and nurses

All of them lacked professionalism

They do their own work during meeting time

They leave something in the patient's body during surgery.

The three of them still do not give up

Hope to use action to convince them

But it was all for naught

Until the appearance of this patient

He was admitted to the hospital to have his appendix removed

I didn't know that the vas deferens was cut

And then the wrong blood was transfused and he lost his liver.

The liver was replaced and the lungs were damaged by the wrong gas transfusion.

It's been four years and the broken appendix is still inside.

The heart, liver, spleen, lungs and kidneys are all broken

His boss fired him.

His wife ran away with someone else

Now his family is in ruins

He had lost the will to live

He wanted to die to complain about all this

But he still underestimated the state of the world

The unscrupulous doctors and nurses

Only cared about their cars

No one cared about his life or death

The three of them were the only ones in the hospital trying to save him.

Unfortunately, they tried their best

But they couldn't bring him back.

Soon the dead man was wandering around the hospital.

He was all over the hospital.

The unscrupulous doctors were scared to death

It turned out they were quintuplets.

The one who died in the previous fall was their brother

It was a false alarm.

Soon after a traffic accident

It was the four brothers who pretended to be ghosts

The three of them tried their best to save them

But in the end, they couldn't do anything else

(There's another one over there)

(Are you not going to save the dead?)

Finally the unscrupulous doctors got weak.

Join the ranks of rescue

This is the moment they really look like a doctor

They did their best to save him

Unfortunately, the other side was badly injured

There was nothing they could do.

Three of the injured died instantly

The only one who still had a chance of survival

The heart, liver and kidneys were all damaged.

All must be replaced

As the immediate family of the injured

Doctors from the three dead brothers

They were able to get the heart, liver and kidneys intact.

They have to finish the surgery within half an hour

In the end, they tried their best

They finally saved the only brother of the quintuplets

A near-impossible miracle was accomplished

The old mother thanked them one by one

It was so beautiful to try to save a life

It was so beautiful

They got their heart back.

But there was no more chance

Misuse of the deceased's organs

They were fired from their jobs.

They took it all on the chin

They protected the youngest Yoko.

Maybe in this life

They will never be doctors again

But they still hope

Yingzi can replace them

To be a good doctor

Dozens of cars collided with each other

A large number of injured people waiting for rescue

The first time to rush to the scene of the accident

Although they are no longer doctors

But the hot heart, but never cool

A group of doctors who are not doctors

began to save people everywhere

It was a super accident

The whole bus was pierced by a million arrows

Numerous sharp bamboo through it

There was a woman lying inside.

She was still alive.

When the accident happened

By the luck of one in a million, Yingzi

She avoided all the bamboos.

But she was trapped in them and couldn't get out.

If she touched any of the bamboos

Would trigger a chain reaction

If she is not careful

And it will take her life.

They can only save themselves

But before they could figure out what to do

The earth began to shake

Boulders, sand and dirt rolled down the mountain.

Firefighters rushed to evacuate the scene.

What should we do now?

If they don't get out of there, they're going to die.

To rescue Yingzi by force

But Chicken Head stopped him

But now we can't care about that much

This is the fastest way to save Yingzi

Chicken Head tried to stop him

In the heat of the moment, he subconsciously said the words

(Being a doctor is not that simple)

So the person who saved Yingzi

The person who gave her hope was Chicken Head

No longer cared about that much

Chicken Head thought of a way to save people

Everyone joined hands and knotted together

Use their arms to hold the bamboo

Then pull the bamboo to save Yingzi

But then the mountain slid again

Everyone quickly escaped from the bus

The car was smashed to pieces

They fled in a panic

A-ho fought to save Yingzi at the critical moment

Covered Yingzi with his body

(Married and had a child is another)

Maybe this is a trick of fate

To save Yingzi, Ah Hao was seriously injured.

But at this time, the hospital lost power.

There was no electricity.

It's impossible for his heart to beat again.

If we stay any longer, we'll only die.

What should we do?

They thought of using lightning to divert the flow.

It's the only way.

But lightning has hundreds of thousands of watts.

A direct strike will surely kill

Voltage must be reduced by resistance

But where is the resistance now?

If there is no resistance, then use people

The body is the best resistor

But this is too dangerous

If you are not careful, both of you will not survive.

One saved her with all his strength

The other now saved her life.

It doesn't matter who said it back then

Now she made her choice

With the rumble of thunder

A bolt of lightning fell straight down

Until the last moment of fate

Please don't give up lightly

Even if the road ahead is confusing

But please remember not to forget your original intention

Stay true to your original intention

Everywhere will be a sunny day

This article was published by the #author at #Time on the #website name, if in doubt, please contact us.
本文链接：https://www.toomic.com/movie/439.html