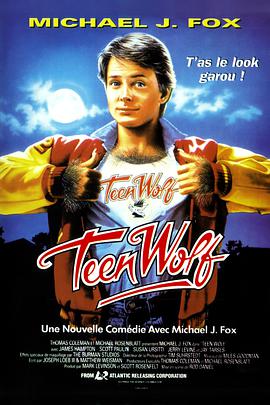 No one dared to approach

Even his teammates didn't know what to do

Suddenly he let out a loud roar

A mad dash with the ball

At this moment everyone could not believe it

Because three days ago

He was a loser who couldn't even get a point shot

He would fall down when he was hit by someone

The team was even worse

This game was another bad loss

Skole has had enough

Didn't want to stay in the team

But the coach didn't agree

And the team's only sponsor.

A loser like that wants to date a school girl

But the girl didn't want him.

She's already in a relationship with someone else.

His boyfriend just beat him up on the field.

Watching such a beautiful girl get picked up

The next day his body began to have problems

First, he became very sensitive to the sound of the whistle

Then his ears became sharp.

When angry, his eyes would glow red.

He didn't care about any of this.

He was completely shocked by himself

He was horrified to find that he had actually grown fangs

He was covered in hair

He had become a werewolf.

How is this possible?

His face was filled with horror and disbelief

Dad was at the door.

There was no way to hide this.

But when he got up the courage to open the door.

He was completely baffled.

It wasn't just him.

Dad was a werewolf too.

Only at this moment did his father tell him

Their whole family was a werewolf

This secret had been kept from him for eighteen years

How could he accept this?

The next day at school

The teacher asked him to solve a problem on stage.

He was so nervous.

His claws came out again

Scollay was so scared that he ran out of the door.

He rushed into the unoccupied bathroom.

He tried to regain his composure.

Just then, the principal barged in.

The principal ordered him to hold out his hands.

This is bad, he's going to be exposed.

He held out his hands nervously

Only to find that they had been restored

He told Lao Tie that he was a werewolf.

Old Tie didn't believe him and thought he was crazy

But when he turned around, he couldn't stand up

Instead of being scared, Old Iron thought it was cool

He also promised to help him keep the secret

However, in less than a day

Since his identity was exposed

Skole lit up the entire stadium.

No one cared whether he was a werewolf or not at the moment.

All kinds of steals.

All kinds of difficult dunks.

Skole, transformed into a werewolf, led the team.

The team started a comeback

I've never seen such a blatant werewolf before.

Going to college in broad daylight

Playing blue ball in front of the public

And he was so popular.

Not only did he become the star of the university

He was even in the newspaper

More and more people came to see him play

He gained a large number of followers

Since he became a werewolf

He's never played bowling before, but he's also good at it

He scored perfect marks in all his exams

All the school girls came forward to embrace him

But his teammates were a little upset

Skole was taking the limelight all by himself.

One man was beating the whole team.

The game became his personal show

His teammates were left on the sidelines

They couldn't even touch the ball.

They had nothing to do with the game.

Skole, who had become a werewolf

He became obsessed with the glory that comes with being a werewolf.

He was always in the limelight.

He had no sense of restraint.

Tell him to keep a low profile

If he continues like this, he will lose himself

Everything he has now

He didn't get it with his own hands

Take off the skin of a werewolf

He would have nothing.

But he won't listen.

He used his werewolf powers to gain everything

What's wrong with that?

He and his dad had a falling out

He's getting close to the school girl.

His childhood friend, who has always had a crush on him, gets jealous

When Scray was a loser.

Puffy had liked him since he was a loser.

She gave him encouragement when he was down.

She cheered him on during games.

A friend intentionally set up Puff and Skolay

Putting them in a closet

But in the end, Puffy ran out of the closet in embarrassment

The clothes on her back were scratched by Skolay

Even if you know that Scray is a werewolf

Puff's love has not changed at all

She even tried to please his father

But such a kind and understanding girl

But Skolay does not know how to cherish

His eyes only see the school girl

Even when he was with Puffy.

All he talks about is the school girl

Puffy had to leave without a trace.

Soon the girl and he started dating

Showing affection in front of the public

They even made flirtatious gestures

He thought she had become his girlfriend

But he was wrong

She was just playing with him

She didn't see him as a person

He finally realizes that Puffy is his true love.

At the ball, he dresses up

And dances with Puffy

He's back to his old self

The school girl boyfriend pointed at Skole and cursed

In an instant, Skolay became a werewolf again.

The one he loves is humiliated

The man instantly turned into a werewolf

In a moment, he finally saw the faces of these people.

The abuse, the humiliation, the ridicule.

He realized that he was a ridiculous clown all along

No one would really worship him

Taking off his wolf skin

He had really lost everything

He was disappointed to the core

Gave up the basketball he loved

And gave up on the final game

In the final game

The team was down by a large margin.

The whole team was outclassed

There was no hope of winning.

At the critical moment, Puffy woke up Skoley.

So what if they lose their sparkle?

So what if I'm a clown

As long as you don't give up

Can still win back respect

Yes, so what if he has nothing

He will use his hands to win back everything

This time, he's going to be himself

He returned to the game with a lot of spirit.

But his teammates didn't trust him

Without that wolf skin

How can he know the outcome without a fight?

He encouraged his teammates

He believed they could win

Back on the court.

Skole has the whole team together.

He fought and fought

Even without that wolf skin

He sweats it out

He can still score goals

He has finally become the true soul of the team

His teammates are also motivated

He started to score a lot.

Even Fatty was inspired by his potential

A three-pointer at his fingertips

The ball is in!

Again, it went into the net.

I didn't expect Fatty to be a good shooter

They finally became an indestructible group.

They were playing with an unprecedented momentum

This is the real charm of basketball.

Everyone was touched by their hard work.

They were cheering for them.

They were doing their best.

With their strong attack

The difference was getting smaller and smaller

Down by one point in the last 35 seconds

A superb shot from a teammate.

They got the player back.

In the last second, the school girl's boyfriend fouled him badly

This skinny kid used his body

The first one was scored and the score was tied.

Once the ball is thrown out again

They will win the victory

The pressure was on

There was no cowardice in Skole

There's just going for it.

As the basketball was thrown

The ball was in.

In the end, they won the game.

They won all the glory and respect

No one in the world is a ridiculous clown

As long as you don't give up

Rely on your hands

You can really win everything

This article was published by the #author at #Time on the #website name, if in doubt, please contact us.
本文链接：https://www.toomic.com/movie/447.html