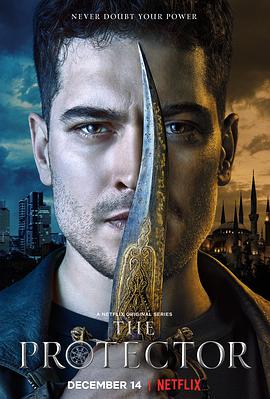 It is said that wearing it

You can enter the invincible state

At first, the man did not believe it.

But the next second

T-shirt and began to shrink up quickly

What's more amazing is that

Gushed into the man's body

Only leaving behind on his body

The woman, Lina, pulled out a revolver Q

and pulled the trigger directly at Wei

The sub d went at 300 meters per second

Before he could react

The sub d hit him

The man fell down with a sound

But the sub d crashed into a scrap of iron

The man has an invincible body

And in case of emergency

He can also burst out of the amazing bouncing power

A random jump is hundreds of meters

Man A Wei is still an ordinary person

His family has an antique store

A mysterious woman came to the store

She took out a book of paintings

The picture painted on it

Is the magic T-shirt

But the father said he had never seen that shirt

I think I've seen it in the basement of my house

The father still insisted that there was no T-shirt

Finally the woman could only leave unhappy

Wei went to the basement to get the T-shirt out

He took his friend Xiaoshuai together to find the woman

He never thought the woman would

She offered him 10 million dollars

Wei was confused when he heard that

He didn't have time to ask more questions

Father came to grab the T-shirt

to stop the deal

A killer in the distance pulled out a double q

and shot wildly at them

The woman's bodyguard and the s-hand

Normally, he would have gone to the hospital.

But his father insisted that Wei go to a clinic

After arriving at the clinic

The doctor immediately resuscitated his father

Due to the seriousness of the injury

The father ended up in the hospital bed

Just when Wei was grieving

The doctor told him

The man who died was not his real father

They all belonged to

An organization called the Loyalty Gang

The object of their loyalty and protection is Wei

Because Wei is not an ordinary person

but the last generation of guardians

The last generation of guardians

Six people appeared in the world

They spread the plague everywhere

They intended to destroy the world

Fortunately, the guardians of Istan

The Guardian has three ancient artifacts.

The first one is a magic ring

It will glow whenever it touches a person.

The second one is a dagger

Only with it can the undead be killed

The last one is a mysterious T-shirt

The first guardian is the ancestor of A Wei

And the s-hand that just appeared

Is not s people's men

They have been looking for the three magic weapons

At this time, Wei thought the doctor was a liar

He had no choice

The doctor then let him put on the magic clothes

Then there was the scene at the beginning of the movie

Eventually, Wei believed it all

Then they went out

They found Xiaoshuai in the park

It was a trap

His best friend Shuai had already received his lunch.

S hand from afar fired several Qs at him

Fortunately he wore the T-shirt

Otherwise, he would have been killed this time.

His adoptive father and his best friend broke down and cried

He vowed to eradicate the wrong people

He vowed to avenge his adoptive father and Xiao Shuai.

So the doctors of the Loyalty Gang

He immediately began training him

The man picked up a red-hot iron

and put it directly into Wei's hand

At first, Wei did not feel the burning sensation

When he opened his eyes

He was instantly stunned

The doctor ss held his hand

He told him to focus on it

As long as he connects with the magic suit inside him

He could be invulnerable to fire and water and swords

As a descendant of the guardian

Then Lina, a member of the loyal gang

And he began to fight training

But in order to find the not-someone

The magic ring that could identify the unsub.

Because they didn't know who the unsub was.

They came to an old, dilapidated house.

Sister Jin, who is responsible for keeping the Ring, lives here

But upon entering the house

They found a man

When confronted by the two men

The man claimed to be Sister Jin's son

He opened a locked room

Inside, Sister Jin looked as if she had gone crazy

In fact, he was one of the Bugs' men

They also wanted to get the Ring

But Sister Jin refused to talk

At this point she still looked crazy

After hearing this, Sister Jin instantly came to her senses

The magic ring came out of her mouth

Ah Wei just wanted to reach out to get it

The man rushed in with a q

Luckily, Lina was standing behind the door

The man did not have the opportunity to resist

A Wei just want to ask who he is

As a result, Jin suddenly picked up the q

Directly a gun to send men to the northwest

Just at this time

The enemy support also rushed over

Then immediately handed the ring to A Wei

She decided to stay behind to stall the enemy

Lina took Wei and jumped out of the window

The two of them just wanted to get into the car

A s-hand suddenly rushed out

Just like that, they successfully got the magic ring

And on the other hand

To get rid of the unsub

We still need one more thing

It was a dagger that could kill the unsub.

The doctor also took this opportunity

There were only two non-s people left in the world

That is, the previous generation of guardians

succeeded in getting another one

The last one broke into his house

As soon as his father heard the commotion

He rushed out without even putting on his magic clothes

As a result, he was also wiped on the spot

When the Loyalists arrived

They found Wei in the locker

They were stored separately

The dagger was placed inside the museum

Several people sneaked into the museum

Once inside, Wei placed a mini bomb on the cabinet

The glass was instantly blown to pieces

The moment Wei touched the dagger

The figure of the first guardian

began to flash in his mind

Brother Biao, the man of no-s, broke into the house of Ah Wei's girlfriend Xiao Mei

He came up without saying a word

To his own neck is a knife

This wave of action to the small beauty scared enough

He slowly pulled out the d again

Not s people really is true to its name

He wanted to use Xiao Mei to threaten Ah Wei

Give up the three artifacts

This man put his hand on the pattern on his chest

The mysterious T-shirt from 10,000 years ago

He went up to Piao and gave him a beating

But soon he stopped

Because his girlfriend Xiao Mei is in Biao's hands

He asked Wei to go to him within an hour

Bring the three artifacts to him

Otherwise he would kill Xiao Mei

Wei had no choice

Finally he could only choose to compromise

As soon as he entered the door, he pulled out his dagger

A man-to-man duel with himself

But Brother Biao was no fool

A Wei panicked at once

Then Brother Biao put the q-tip

Forced A-wei to take off the magic clothes

A Wei then pulled the magic clothes out of his body

But what Brother Biao wanted was not only the magic clothes

He also wanted the blood inside Wei's body

can resurrect the dead not-so-human

The fresh x flowed down the dagger into the glass bottle

Soon Biao got a whole bottle of fresh x

Then he took the dagger again

As a result, they were all countered by Wei

Although Wei did not s this time

But Xiao Mei lost too much x

Xiao Mei can come back to life

So the two of them rushed to find Piao's lair

In a huge cave

Inside was a not-so-human

And also his wife

He took out a glass bottle

Poured into the container

Just as he was about to revive his wife

Then the two began a physical fight

But it was obvious

Wei was no match for Piao

In a few moments, the other side was knocked to the ground

But at that moment, Wei smiled.

Piao thought he was crazy.

But then Lina suddenly came from behind

She stole the beggar and threw it to Wei.

Before he knew it

The seven ss stabbed into his body

Wei wanted to do another stab

But the next second, Piao knocked it away

Lina took the opportunity to pick it up

Then put the dagger above the x

Feed it to the s went to Xiao Mei

The fresh x that was knocked over by Wei before

Surprisingly, they moved on their own

They crawled towards different sarcophagi

Finally directly into the inside

Just when Wei was about to be choked

The woman who had been dead for hundreds of years

Surprisingly, she really came to life

The two of them hugged each other tightly

S went to the little beauty also woke up

Then several other people who did not s

Surprisingly, they were also revived

Next, the unsubs would bring devastation to the whole world

As a guardian, Wei

Will he be able to stop them?

This is where the story comes to an abrupt end

This is the Guardians

Season 1 is all about

then we'll see you next time!

This article was published by the #author at #Time on the #website name, if in doubt, please contact us.
本文链接：https://www.toomic.com/movie/449.html