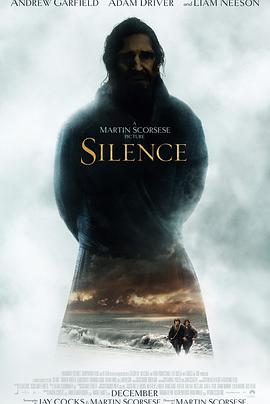 When the old king has not reacted when

A black shadow jumped on

So this black shadow is the masked man

He had been waiting in the hut for Lao Wang's return

After a fight, Lao Wang was finally unable to defeat

He was knocked to the ground by the masked man

The young girl picked up the gun

The result of a shot did not hit

Alice arrived and entered the house

Alice found the house in a mess

The young girl was lying on the floor

Suddenly the King appeared in front of Alice with a gun in his hand.

Alice asked the King to put down the gun.

But the king told her that there was a masked man in the house.

The girl was killed by him.

As the two men confronted each other with their guns

The masked man quietly appeared from behind Alice

Alice turned around and pointed her gun at the masked man

Tell him to drop his weapon.

Just as Alice was about to question the masked man

She suddenly saw the masked man

kept pressing his fingers with his hands

At that moment Alice suddenly had a feeling in her heart

Who is this man in front of her?

On the one hand, she was her own brother

On the other hand, he was a witness to a murder that he had witnessed.

Alice turned around and shot the old king

Wang went to his ex-wife's house with his wounds.

Karl was also there

Alice had shot him to protect her brother

His ex-wife and Carl took Wang to the drug factory.

The police forensic pathologist was called to treat the old king

And at that time, Carl also found Boo in the drug factory

So he informed the police and succeeded in arresting Boo

So she rushed to Carl and asked him about the situation

He told Alice that Boo was going to tell the truth.

And pointed out that he wanted to show the police something.

When they arrived at the place Boo had specified

In a barn, the police found Sam in captivity

It turns out that Sam had stopped Boo from molesting the girl.

and imprisoned him in the barn

The arrows he made were all made of birch wood

And he didn't mark the arrows.

But the murderer's arrowhead was made of pine

The day Alice went to the old king's house

Boo was at the drug factory.

And many people could confirm that they had seen him.

Then the masked man is another person

After he told Lao Wang this deduction

Wang also decided to drop the case against Alice.

So everyone went back to their work and life.

Having experienced life and death, Old Wang gradually felt the meaning of life

He decided to change his bad habit of drinking

So he went to the bar

He paid off all the money he owed for the drinks.

He found a pickup truck

Old Wang followed the truck all the way to a village

After the pickup truck stopped

Old Wang grabbed a screwdriver and got out to verify

He went to the back of the pickup truck

Wiped away the stains on it

At this time, an old man came down from the cab

So he deliberately inquired about the old man's son

The old man replied that he was a widow and orphan

He told the old man

The person who drove the car had helped him

He just wanted to thank the owner of the car

Just as Old Wang was about to leave

The old man told him

Maybe the neighbor who lives on the hill helped Old Wang

Because the neighbor often borrowed the old man's car to drive

So Old Wang thanked the old man and

came to the house at the top of the hill

In the basement of the room he entered

There were spear throwers and long arrows on the table

The walls were covered with notices of missing girls.

At this point, the old king felt that his daughter might have been killed

Just then there was a noise in the room

Old Wang followed the sound and found an operating table

He lifted the white cloth

A young girl was lying on the operating table, breathing weakly

And the girl's throat had been cut open

The laryngeal knot inside was taken out

Old Wang was suddenly stabbed with an anesthetic needle

In his unconsciousness, he could see the face of the other party

Old Wang had been taken to the forest area

But he put on a mask and prepared to hunt Wang

In the process of running away

When the doctor wasn't looking, he launched a counterattack

The old king released all the hatred

All the hatred of the past few years was unleashed

Punch after punch to the doctor

After venting his frustration

Why did he kill his daughter?

The doctor told him

Because Wang killed his daughter by drunk driving

So he wanted to take revenge

Take those girls away with the way of death

Let those who do not deserve to be parents get the retribution they deserve.

Old Wang decided to avenge his daughter in his own way

With the intention of throwing the doctor into the trap

At that moment, Alice also discovered through her own investigation

She found out about the doctor's feud with the king.

She saw them in the woods in the King's surveillance room.

Then she got to the woods in time

She tried to stop him.

To use the law to punish the doctor

And put him in a cell forever.

But the old king did not listen to him

He said to Alice

Or he could forget about it.

After saying that, the old king threw the doctor into a trap full of sharp knives

And the doctor pays the price for his crime.

The old king also accepted the loss of his daughter

He holds a funeral for his daughter

And Alice also acquiesced to Wang's act of killing the doctor

Because the old king also did not complain about his shooting

The film embodies the American style of movie revenge by violence

When the people they love most are taken away from them

What makes it more acceptable and relieving

is to torture the killer to death by all means.

This article was published by the #author at #Time on the #website name, if in doubt, please contact us.
本文链接：https://www.toomic.com/movie/451.html