At the end of the Ming Dynasty, Wei, the eunuch of the East Chamber, tried to seize power by falsely transmitting the imperial decree and embezzling the money and grain from the emperor's disaster relief, preparing to use the money to refine a red pill for himself that could renew his life. After the success of the refining gave Wei eunuch a suggestion, considering the process of transporting the red pill crisis, can let Wei eunuch informed the emperor, the order to let the famous martial arts sect Wudang escort the red pill into the capital, and so the Wudang faction and the robbers were defeated at the same time to reap the benefits, take the red pill at the same time framed to Wudang, the emperor was seriously ill at the time heard the matter of the red pill, immediately issued a decree to the Wudang faction, young master Zhuo Yihang and eldest brother Tang Jin by The master Ziyang real orders to go down to escort the red pills, Ming Yue Zhai female warrior Jade Rakshasa ready to eliminate harm for the people, to grab the life of the red pills, after a battle, Wudang senior brother Tang Jin unconscious, young master Zhuo Yihang and Jade Rakshasa is still tangled, Ming Yue Zhai people have gotten, at this time, the East Factory people suddenly killed. 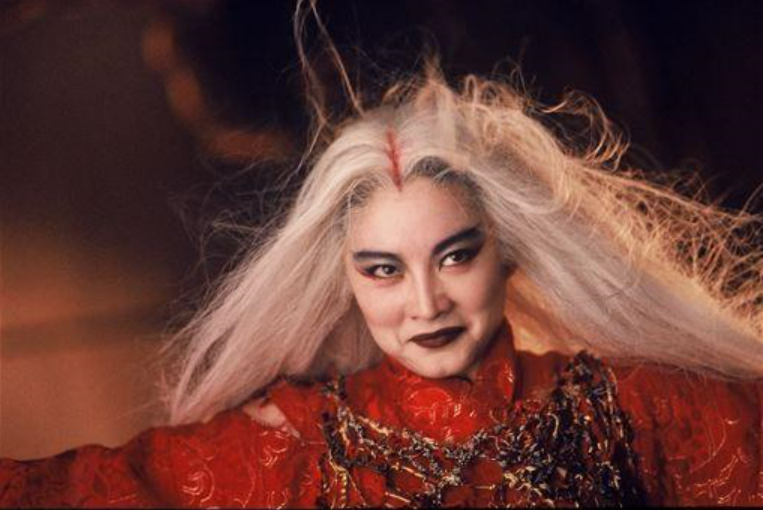 At this time he began to be afraid, lost the red pills, that is the crime of dropping the head, so he begged to see Wei Gong Gong low voice, lost his dignity, ready to give Wei Gong Gong as a dog, but also let Wei Gong Gong stepped on him under Jiaozi, how Wudang out of such a scum. Turning to Zhuo Yihang chased Yu Luosha to the edge of the cliff, in an emergency, Yu Luosha destroyed the red pills, at this time, Yu Luosha surprisingly saw the bite marks on Zhuo Yihang's hand, suddenly remembered the various experiences of the two as a child, recognized Zhuo Yihang is the person who taught her blowjob as a child, Zhuo Yihang also recognized him, at this time, the people of the East Factory have also arrived, the two people were pressed by the East Factory step by step, had no choice but to both jump off the cliff After this ordeal, the two people had a secret love affair and made a promise to go back to Jade Rakshasa after Zhuo Yihang returned to the mountain to report to the master. The people of Ming Yue Village were slaughtered, this elder brother, brutalizing fellow disciples, slaughtering the people, he is evil. Zhuo Yihang returned to the mountain gate, saw the master lying there no longer alive, is also a mixture of grief and anger, thought that really Yu Luosha killed the master, so go to the dungeon ready to ask a clear, did not expect the dungeon is quite lively, Wei Gong Gong and the East Factory people are in, it seems that the eldest brother is really do not want to be good, completely with the imperial court people in the same stream ah. The people of the East Factory thought that the people's tragedy was the work of Zhuo Yihang alone, and that their beloved had let them down, and that the people's tragic death had come to their minds. The two top fighters of the East Factory, covering Eunuch Wei, rushed to retreat, but these two people's skills in front of the white-haired demoness is simply not enough to see, three times was put down, table Yihang also realized that the master was not killed by the white-haired demoness Jade Rakshasa, turned his head and the big brother fought, Jade Rakshasa solve the East Factory duo after pulling the sword to the big brother. The two people were about to chatter about the shortcomings of the parents, the future development, the people of the East Factory came out to stir up the situation, Zhuo Yihang broke the back, the white haired witch chasing Wei Gong, Wei Gong ran and ran, and found the white hair witch chasing behind him. found behind the chasing white hair female, ordered his men to come together, kill the white hair demon, which know that these small shrimp soldiers and crab generals are no match for the white hair demon two fruit knives to kill clean, and finally Wei Gong can do nothing but sit and wait for the trial of the white hair female. In fact, this version of the story of the White Haired Witch does not tell too much about the love-hate relationship between Zhuo Yihang and Jade Roxas, but put the focus on how Jade Roxas became the White Haired Witch step by step, the whole work, costumes, props is quite attentive, action design is also not bad, but the plot is a bit draggy, the story of the White Haired Witch is nothing more than The tendency is to Zhuo Yihang and Jade Rakshasa's sadistic love, or to dig deeper into the root of the conflict between the two, the result of this film is not reflected in both aspects, as if in writing a running account, and the length is too short, a total of only 70 minutes, many things did not shoot out, in general, the prelude has become a rift, after the work to surpass that is much more difficult.

This article was published by the #author at #Time on the #website name, if in doubt, please contact us.
本文链接：https://www.toomic.com/movie/472.html