Hello everyone. Today we bring you the science fiction film "Superman Concentration Camp" superpowers affect life, but also save the world. 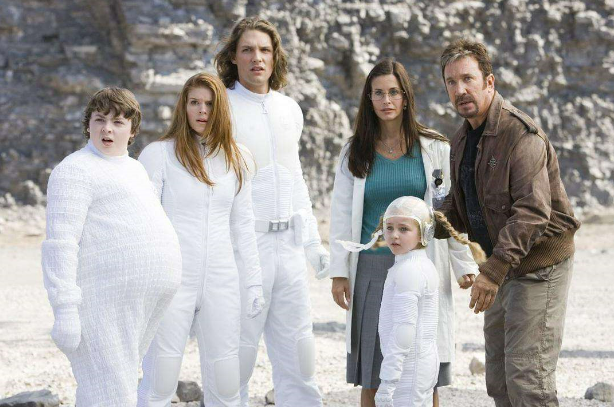 A group of children can actually maintain world peace. A secret base in the United States has detected a pair of enemies that will be coming soon. Since the previous team with superpowers was forced to disband due to attrition, a new team needs to be formed to deal with it. The head of this crisis base thought of the former captain Zach to train new team members, and Zach has long lost the lightning speed superpower head to find Zach, explain the intention Zach does not want to go, they will force anesthesia to take Zach back to the base, followed by the selection of new team members.

Each of these children has extraordinary abilities. Xiaohua's strength is very big. Able to use the mind to control objects, Xiaoyu will be invisible, while Xiaofei can make any part of his body bigger. When the new team members see Zach, displaying a surprised expression, the eyes reveal disappointment. Zach was also forced to come in the first place. To the children is also the truth, just to complete the task, get the money to go away Zach's assistant Lee told the children about Zach's past deeds, however, did not let them have admiration for Zach. After this, training also followed. These children, although each born with great skills, but does not know how to maximize the use. He was in training through their superpowers to mess up bullying Zach, and Zach is also a mix of paycheck and children play together, and did not properly go to teach them skills, and one day also went out with the children to buy burgers to eat, the two days Zach's behavior so small Lee very angry, the two quarreled. When the children came to the base, in order to enhance their ability, and then because of playfulness, and did not learn something new, very disappointed in Zach. At this time, Zach looked at the photos of the old team members, the heart is very emotional, not willing to let the children go to war for nothing. In the days that followed, Zach gave the children the skills of practical combat, teaching them according to their abilities, the children made a lot of progress incentive. Through discussion, it was decided that the child's irradiation rays to induce genes. But such things have advantages and disadvantages. Zach and its opposition ended up in confinement, and the children were taken away, Little Lee to save the children. The use of superpowers to defeat the first to send the child, rescued Zach, and then escaped together. Not only some Xiaoyu saw the opponent this time, is because once suffered the role of the ray respectively and change of Jack, he is Zach's brother, Zach knew this situation a long time ago, not willing to children to go against Jack, Zach came to persuade Jack to give up the invasion, however. Changing Jack did not appreciate it. This is when the children arrived in time. But the little flower was targeted by the missile, in the nick of time, Zach recovered his superpowers and saved the little flower, but also spent a combat suit. Several people teamed up to use what they usually learn, defeated Jack, and Zach used the power of the group to penitentiary Jack, so that he returned to normal. And this invasion crisis also disintegrated, the children also returned to normal life. When there is a crisis, they will still gather together to maintain world peace. Well, that's it for today's commentary, remember to pay attention to ah, we will see you next time!
.
ZackkidJackabilityLittle Leecrewtheyusebasebut

This article was published by the #author at #Time on the #website name, if in doubt, please contact us.
本文链接：https://www.toomic.com/movie/485.html