Today we bring you a warm sci-fi adventure movie "Charlie and the Chocolate Factory". 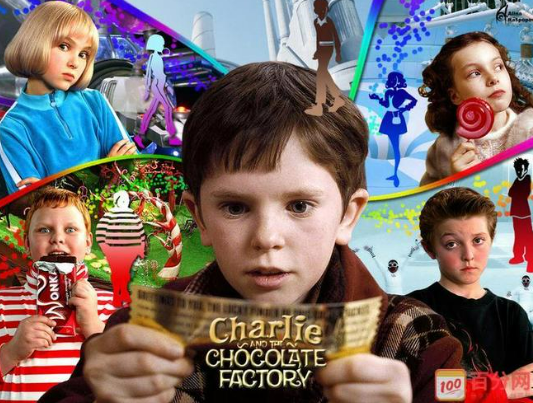 Chocolate factory employs squirrels, not pay them only to eat walnuts, too cute. The future is a genius of candy manufacturing, he owns a chocolate factory, this factory produces the world's most delicious chocolate, every time the chocolate will be snatched up, it can be said that the supply exceeds the demand. As a result, William was jealous of his peers, and on one occasion, a spy was sent to William's factory to steal the recipe for chocolate. So in a few days, William's chocolate recipe is known to everyone. All the confectioners would make William's chocolate. From then on William no longer trusted anyone, he closed the chocolate factory, and all the employees were fired.

After 15 years, William's chocolate factory is finally reopened again. But strangely enough, no one finds any employees in the factory, but the chocolates are shipped out by the truckload. A few days later, the future announced that there were five golden tickets hidden in these newly shipped chocolates. With this golden ticket, the children could visit his chocolate factory for free with his parents. So these chocolates were snapped up by everyone, and soon there were four golden tickets were found. Pete's family is poor, but his grandfather used to work in William's chocolate factory, and after the factory closed, his grandfather never went to the chocolate factory, so Pete's grandfather has a deep affection for the chocolate factory. Therefore Pete was very eager to win the last golden ticket, he was excited to buy a piece of chocolate, but did not win the prize. His grandfather gave him money again and he went to buy another chocolate, but it was still an ordinary chocolate, no golden ticket. Pete was incredibly disappointed that his grandfather's wish could not come true. At this moment, Pete found 10 yuan in the snow, he put his last hope on the 10 yuan to buy the last chocolate. At the moment of opening the wrapper, Pete jumped up excitedly, he finally won the lottery. On the day of the lottery, five children, together with their families, followed William into the chocolate factory. This is really a magical place, trees and flowers are made of candy, the abdomen is made of chocolate in the nut workshop, a group of squirrels are flying high on the nut shells. Everyone was fascinated by these sights, and in the end only Pete did not break into trouble, so Pete became the lucky one chosen by William. It turns out that William's purpose is to elect an heir, and only Pete meets his requirements. William wants Pete to leave his family and live with him so that he will give the chocolate factory to Pete. William loved candy when he was a child, but his family did not understand him, so William fell out with his family, but Pete did not agree to his request. Pete would rather give up inheriting the chocolate factory and wanted to be with his family. William did not understand, the mood is very low, the production of chocolate sales are not good, Pete urged William to go home. Finally, under Pete's persuasion, William returned home. Finally, his father untied the knot of years, William finally understood the affection of Pete wanted to be with his family, understand the preciousness of family, Pete also inherited the chocolate factory. Well, today's commentary is here, like to remember to pay attention to ah, we will see you next time.
PeteWilliamchocolatefactoryrafflefamilylastnograndpaa car

This article was published by the #author at #Time on the #website name, if in doubt, please contact us.
本文链接：https://www.toomic.com/movie/489.html