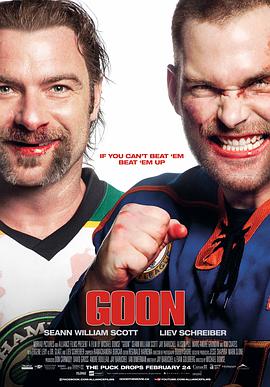 The athletes aren't focused on the game.

Instead, the ruck raises its sleeves and prepares to fight in groups.

The referees next to them are not only not forbidding

On the contrary, they are cheering.

This is a hockey game.

Not only are players allowed to hit players

It's even allowed for players to hit spectators.

He taunted the player off the ice.

As a result, the other player said nothing.

Turned into a spectator to make him look good.

But this guy wasn't afraid.

Because he brought his best buddy Doug.

Doug gets in front of the guy.

Meet the fist on the opposite side.

And that's not all Doug does with his sandbag-sized fists.

The crowd around is looking dumbfounded.

The players from the other team were applauding Doug.

The more Doug fights, the harder he works.

One last headbutt ends the fight.

After the game, the hockey team coach approached Doug

inviting him to join.

But he had another fatal problem.

When the team members saw Doug, who looked as if he was partially paralyzed

All of them had a sarcastic look on their faces

The team captain even made a direct challenge

However, the coach still insisted

He insisted on letting Doug join the team

He even gave him a starting role.

But the team's main players suffered

Since then, Doug has been a hockey player.

After a period of hard training

Of course, the fighting skills.

The coach only asked him to fight to the death.

Doug played at a high level and played with style

The teams around him broke up.

He caught the attention of professional teams.

The team's agent met with Doug.

He told him about the current state of the team.

They had a talented player named Xavier on the team.

Not only was he a great dribbler.

He was also a great shot on goal.

He had led the team to win many championships.

However, not long ago

Xavier met Victor, the great devil, in a match

Not only was he a great player

He was also an excellent fighter

He had a shadow of his mind

He couldn't play on the ice anymore.

He couldn't use his hockey skills anymore.

And the reason the team recruited Doug.

He was recruited to be Xavier's bodyguard on the ice.

Anyone who came close to him would have to take him out.

But when he reported to the team

He found a bunch of professional players who were just hanging around.

It turns out that since they lost Xavier as a starter.

Now they're at the bottom of the league.

But with Doug's arrival.

will change the team forever.

This is a professional hockey game.

And it's the only game in the world

game in the world where fighting is allowed.

Doug just came on the ice.

He immediately asked for a one-on-one fight with the opposite starter.

Both teams set up their positions.

They tested each other for a couple of times

Led the team to win the first game

In the evening celebration dinner

While the former ace Xavier

was left to drink alone

Hockey is a competitive sport.

But since Doug and the guys showed up.

has turned into a brutal and violent gang fight.

He's just an iron dummy who doesn't know any skills.

But what Xavier didn't expect was

Doug thought he had a point.

So in the next match

He wanted to win by technique

But the ideal is very rich, but the reality is very poor

Doug didn't have any skills.

Soon the game was lost

In the break room, the coach was yelling and screaming.

He said to Doug

You're here to fight.

And in the next game

Doug once again swung his fist

Fight up the main force

After the match, everyone gathered around Doug

Even Xavier, who was the most difficult fighter

Even Xavier, who was the most disagreeable player, gave Doug a lot of praise.

But soon the coach found Xavier.

He gave Doug his co-captain position.

The result was a good beating

This scene was seen by Doug

He immediately rushed up to him

Grabbed the opponent and beat him up

However, due to his anger

Doug did not control the strength

He almost killed the player

In the end, Doug was banned from the game today

The game was a tough loss

The coach told them

They have to win

To make it to the finals

Xavier continued to do what he was doing

Once again, he ran at the opponent

Is it going to be the same as last time?

Doug started to hit the opponent.

But this time he controlled the force

And at the same time, he looked at Xavier with a dull look.

At that moment, Xavier was touched by Doug's stupid expression.

The friendship of men is so simple

The two men smiled at each other

The conflict between them was solved

The rest of the game

The two of them worked well together

They soon took the lead

With 30 seconds left on the clock

They just need to keep the goal

And they would win the game

But then the other team's goalkeeper plays a trick.

Doug and his goalkeeper were pushed out of the game.

In the nick of time, Doug stepped in to take the goalie's place.

But he didn't have the goalie's protective gear.

Nor does he have the skills of a goalkeeper

Doug was injured for the first time on a hockey field.

But he still didn't give in

The opposing player saw this.

They deliberately hit him in the face.

Some even sliced his calf with an ice skate.

Doug still blocked the goal with his own body

Doug and the boys won.

But the game wasn't over.

With Xavier leading the way

They attacked the opposing players with a vengeance.

In the past, Doug had always protected them.

This time they wanted to avenge Doug's death.

Next, Doug and his team were in the finals.

Their biggest opponent was Victor the Great.

He's not only a great ball player.

He was also a great fighter.

Xavier was concussed by him.

At the beginning of the match, Xavier was always at his wits' end.

He tried to avoid him.

However, Daimao still wouldn't give up.

He came forward to provoke Xavier

Doug saw this and rushed over to block Daemon

Both sides have confirmed that the person who wants to fight

So the gloves came off and the fight began

He was very fast.

Before Doug could react

Has been hit several punches

Doug was knocked down

Daemon stopped the referee from blowing the whistle

Doug would not be beaten so easily

As he expected Doug quickly got up

He threw a big punch at Big Magic

Both sides set up again

But just at that moment

and knocked Doug down again.

But Doug still didn't give up

He endured the pain in his leg

He used his other leg to push hard

He finally got back to his feet

He grabbed the collar of Daemon's shirt

Letting his fists rain down on him

Daimao was tired of fighting

Taking advantage of his change of hands

A heavy punch hit the Daemon

And Doug's leg was completely broken

He has cleared the way for Xavier

In the next game

The team was led by Xavier to win the championship

The team successfully won the championship this season

This is the end of the movie.

This film is called "Bad Boys of Hockey".

Based on a true story

Doug is based on a man named Doug Smith.

In his entire career

Never scored even one goal

But with a pair of iron fists

Became one of the most valuable players

But at the same time, there are many people who think

Doug was a hooligan on the ice.

should not be on the hockey field

What do the viewers in front of the screen have to say about this?

This article was published by the #author at #Time on the #website name, if in doubt, please contact us.
本文链接：https://www.toomic.com/movie/54.html