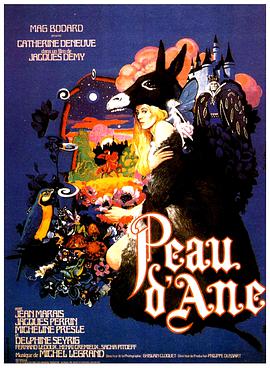 He didn't expect to be choosy

Finally chose his own daughter

What's more unexpected is that

At first the daughter

actually had to say yes

There was a small country

This was a treasure

It was in the most prominent place in the palace

That was the king's donkey

And it pulled down gold and gems

Since he had him

The king's life was prosperous

But not for long

She made the king swear

If you marry a new queen.

You will be more beautiful than you are.

Then she passed away.

The king was devastated.

But the ministers were never idle.

Urging him that for the stability of the country he must

Take a new wife as soon as possible

The king remembered his vow

He instructed his ministers to search for the most beautiful woman

So the ministers searched everywhere

The portraits were presented to the king

But these women were not rich

They were not beautiful

They were too old

The king did not see any of them

Finally a portrait caught his attention

The woman in the painting was gentle and beautiful

The king liked it very much

He asked who it was.

It was his and the queen's only daughter

He looked at the beautiful and simple princess

He offered to marry her

The princess was confused

She loved her father very much

But how could she marry him?

But the king was a stickler.

She was given only one day to think about it.

The princess was torn

She had to sneak off into the woods

To the fairy godmother for help.

The godmother helped her with an idea

If she asked for something the king couldn't do

Then you can not marry

The princess returned to the palace

She offered the king to make a dress

The same dress as the weather

She would marry him

The king was very happy.

What's so difficult about a dress?

The next day, he gave her the finished product.

The princess looked at it

It was not difficult enough

The dress had to be the same as the moon and the sun.

The king did it again easily

So the princess had a heart attack

Asked the king for the skin of that precious donkey

To make a dress out of it

The king was also determined to marry the princess

That night, he skinned the donkey

and brought it to her bedchamber.

When the princess didn't know what to do

She made the princess put on the donkey's skin

She blackened her pretty little face

Gave her a carriage

And sent her away from the palace in the night.

A toad woman was short of dishwashers.

So she took the princess in.

And placed her outside the village

In a dilapidated hut

The princess thus began to live a self-sufficient life

Meanwhile, she was afraid of being found by the king.

She wore her donkey skin all the time

They gave her a nickname

A talking flower guided him

He came to the princess' small art house

At this time, the princess took advantage of the absence of people

She had secretly changed into her gorgeous dress

She was dressing up.

The prince was immediately attracted by her beauty

He asked the toad girl for her name

He also complimented the donkey skin girl on her name

After returning to his country

The prince got lovesick

He lay in bed every day

His parents were very worried

and he would regain his strength

Upon hearing this, the king and queen

When they saw the attendants sent from the palace

The princess thought to herself

I must make the most of this opportunity

She put on a beautiful dress

She made a cake with all her heart

And secretly hid her ring inside

After the prince got the ring

He missed the princess even more

He stared at the ring every day

He even saw a vision of the princess

The doctor told the king and queen

The prince was suffering from lovesickness

If they got married, they would be cured

Then the prince took out the ring and said

He would only marry

The girl who can wear this ring

So the king ordered

To hold an election

Whoever could wear the ring

Will be able to marry the prince

When the news came out

All the girls in the country started to try their best

To make their fingers long and slender

The rich made pills

Others had a whimsical idea

Down to just walking

But the rings are too small

She put on the ring with ease

To the amazement of the eyes

She took off her donkey's skin

She returned to her original noble and beautiful appearance

At that moment, the prince also happily took her hand

The two of them walked together into the marriage hall

From then on, he lived a happy life

When she fights against fate

Giving up her originally rich life

Pay attention to the timing

Seize the opportunity to approach the prince

When everyone is faced with a choice

A choice has to be made

May we listen to our inner voice

Courageously pursue our own happiness

This article was published by the #author at #Time on the #website name, if in doubt, please contact us.
本文链接：https://www.toomic.com/movie/69.html